Sometimes you need to remind yourself of how good London is.

Usually after hideous terrorist attacks, or when you’ve just written something about how much you’d very much, maybe, sometimes, perhaps, like to live somewhere else, if London didn’t have you in its steely grip.

I’m convinced this city has a weird all-hearing ear, a sort of positive 1984-style Thought Police but for Londoners who are getting pissed off with the traffic on Essex Road, or, like, terrorist attacks. Because whenever something shit happens, it’s always countered with something nice, like a freebie from Pret or a dog on the bus or a very good sky over the Thames. 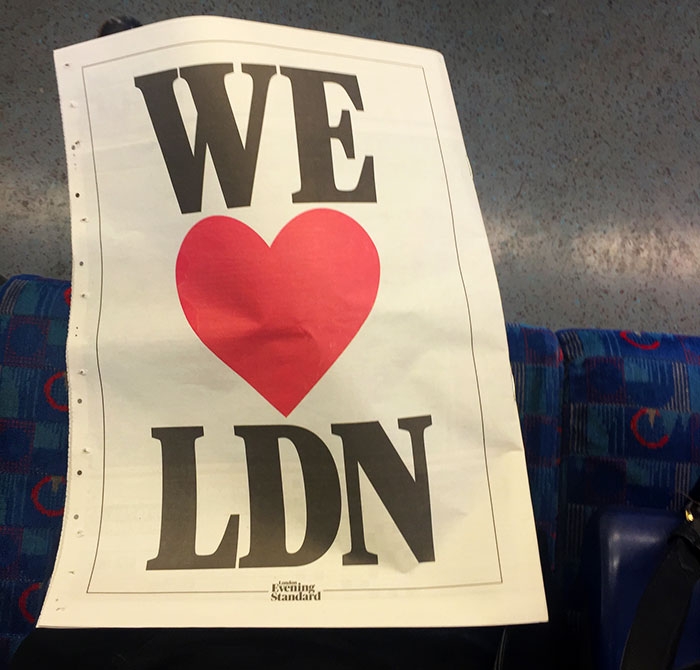 So here’s a five minute documentary that does just that.

Last Friday, 24 hours before three absolute idiots tried to ruin London, I went to Stoke Newington Literature Festival. There was a night of short films put together by Hackney Shorts, and all of them were very good, but one of them in particular stuck out. It’s called After Hours, and it’s about what happens after the shutters go down in the Stratford Centre over in east London.

It’s short, and well made, and basically made me happy to know that random little communities like this exist in our brilliantly diverse city, and I recommend you watch it.

After Hours from Kate Fleming on Vimeo.

Of course, you’ll already know about this if you’ve signed up for my weekly newsletter, which I’m making a solid and quite frankly commendable effort (thanks) of sending out every Thursday.

You get some of my more personal thoughts about living in London, and some ideas for things to do at the weekend. And yes, there will probably a dog.