You’re in the pub after work on Friday (“just a quick one, I’m having a quiet weekend”) and then suddenly – well, five hours later – it’s closing time and you’re walking across Farringdon saying well look it’s just an option, let’s just see what the queue’s like.

Then you’re looping around a series of metal barriers and joining the line, standing behind a glassy-eyed girl in a bright pink furry coat who’s currently being admonished by security because they told her to come back in an hour, and if she could speak she’d be like yeah, and what?, but she can’t and they’re all come on love, out you get, it’s only been five minutes.

Then the queue’s moving and even though you’re not far enough round the corner to see the doors yet, it’s decided. After a seven year absence, you’re going back to Fabric. 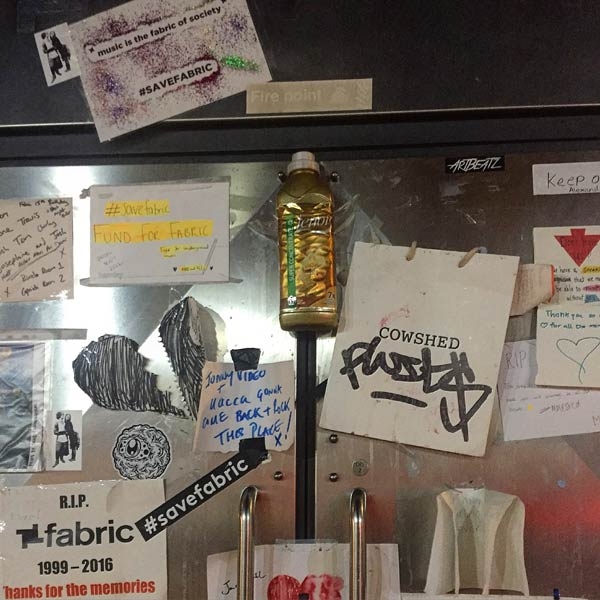 Fabric had its licence revoked by Islington Council last year.

The idea was that closing one of London’s biggest nightclubs would go some way to reducing the chances of people dying from taking drugs – in nightclubs, in London, in general – which they’d probably have got away with if it hadn’t been for the growing trend of London’s nightclubs shutting up until then.

It was happening gradually, one by one; something you’d probably only notice if you’re either very into music (me), grew up dancing in sweaty clubs (me) or go raving on a weekly basis (no longer me). “Operation Lenor”, as it was affectionately termed by the Met, seemed to be an excuse to get another pesky venue off the council’s problem sheet. Aside from anything else, places like Farringdon are a goldmine for property developers – but god, if nightclubs open til 7am don’t put a dampener on people wanting to move in next door.

Thankfully, the world’s music community came together and kicked off. Fabric appealed, and re-opened a few weeks ago to the sound of whistles, horns, and pull uppppps.

One of the conditions of their re-opening was that they change their door policy, and having been there myself last week, I can confirm that this has been done.

And to be honest, you’d probably have an easier time getting into Air Force One. 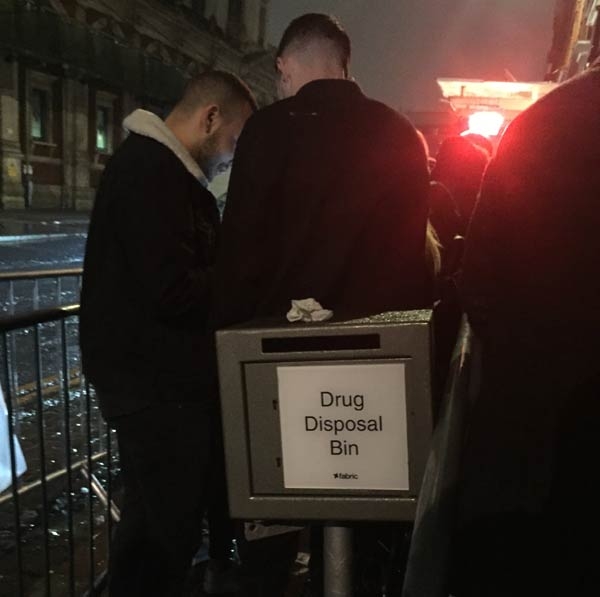 Getting into Fabric is stressful.

We are told to come forward, then barked at to GET BACK. A man is held to one side in the queue because he did not GET BACK.

One of our group is taken to one side and asked what he’s taken, which is nothing, because he’s not on drugs. What he is is an app developer from South America who’s a bit baffled by all the fuss, keeps whispering “is it worth it, is it really that good?” and despite my reassurance that “it was when I was 25!”, is currently reconsidering his decision to follow us into what appears to be a version of Kafka’s Crystal Maze.

At the front of the queue, still outside, the men go into a separate security queue and eventually emerge holding plastic bowls containing the contents of their pockets ready for inspection.

The girls (“STAY LEFT”) have our IDs scanned, our photos taken, and walk through a metal detector before coming tit-to-hand with the evening’s first body search. “Relax” says the female security staff, correctly deducing from the panicked rigidity of my torso that at this point, I Am A Little Bit Tense. 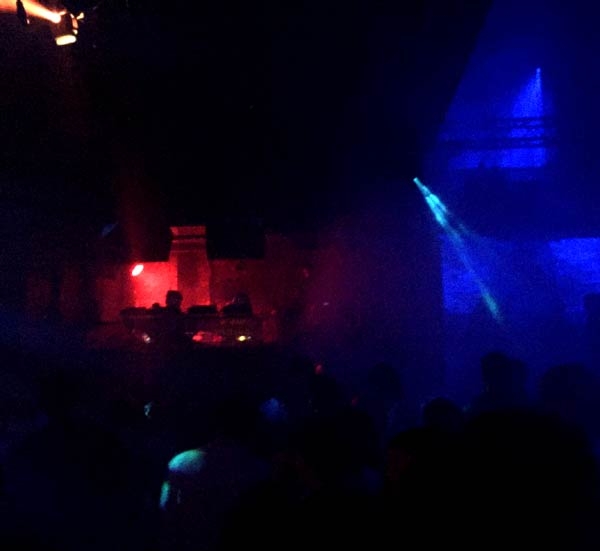 Perhaps this is Fabric’s game plan.

There’ve been many times in life where I’ve felt relieved about not doing drugs, and the half an hour it takes to get through the door at Fabric is definitely in the top five.

But to be fair, as far as anti-drug strategies go, making the people who are on drugs as uncomfortable as possible by edging away at their sanity on the way in so their mild paranoia morphs into overwhelming fear and they’ll just give up and go home…I mean, it’s not a bad shout.

Because the thing is, even if you haven’t taken drugs, under this level of scrutiny and all the shouting, you begin to start to wonder if somehow, perhaps unknowingly between the pub and the doorway, maybe you have.

And while I’m pondering what I could have taken, another woman searches my bag, combs through the contents and removes my digital camera, sellotaping one half of a numbered raffle ticket to it, giving me the other side, and placing it into a plastic box at her feet. No one tells me why. 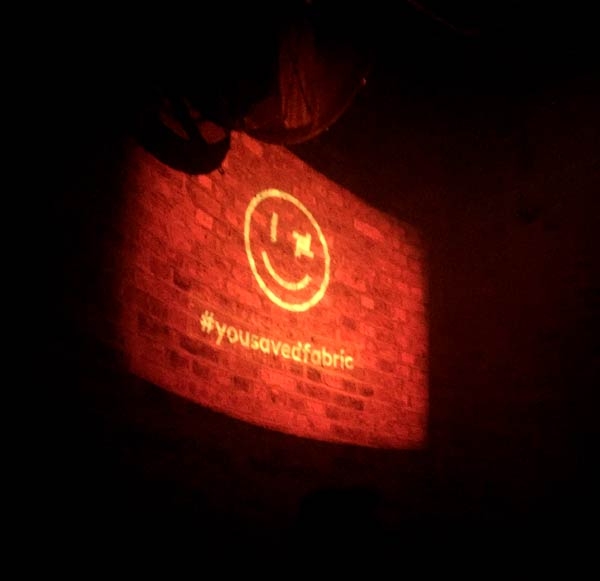 Eventually, minus one – we are in.

And even though that was almost certainly one of my Most Stressful Queuing Situations Of All Time (non Brits: yes, this is a real thing), a few minutes is all it takes to be reminded why Fabric had to come back, why it is brilliant, and why it has the reputation it does in the world’s clubbing scene.

Security have done their job and the crowd’s friendly. Room 1 is packed out and dancing. The sound system in Room 2 is crystal clear and brand new. The fast, hard step drum and bass tumbling out of the speakers is so loud that when you stand still, your chest keeps moving. And it’s then that your traumatic queue anxiety fades and for the first time since you suggested it back in the pub, you know: this night is going to be good.

And it is good. It’s so good that I dance until after 6am and when I do leave, it’s with ringing ears, dirty trainers, and an absolute craving to come back and do it all again next week.

And as long as the door security doesn’t get me first, at least now I can.