Alright – this is a bit of an odd one. I’ve been going to work on the bus for about six months now, and almost every day I’ve looked out the window and seen these things on top of bus stops.

It’s a bit of an odd thing to notice, really. And if it was just one, then I’d probably be able to let it slide.

For a while, they were looking a bit worse for wear. A bit muddy. They resembled a lump of mud with cotton wool buds sticking out of them, but recently it’s like they’ve had an upgrade. Someone’s been around and replaced all the mucky round spiky things with new bright round spiky things. 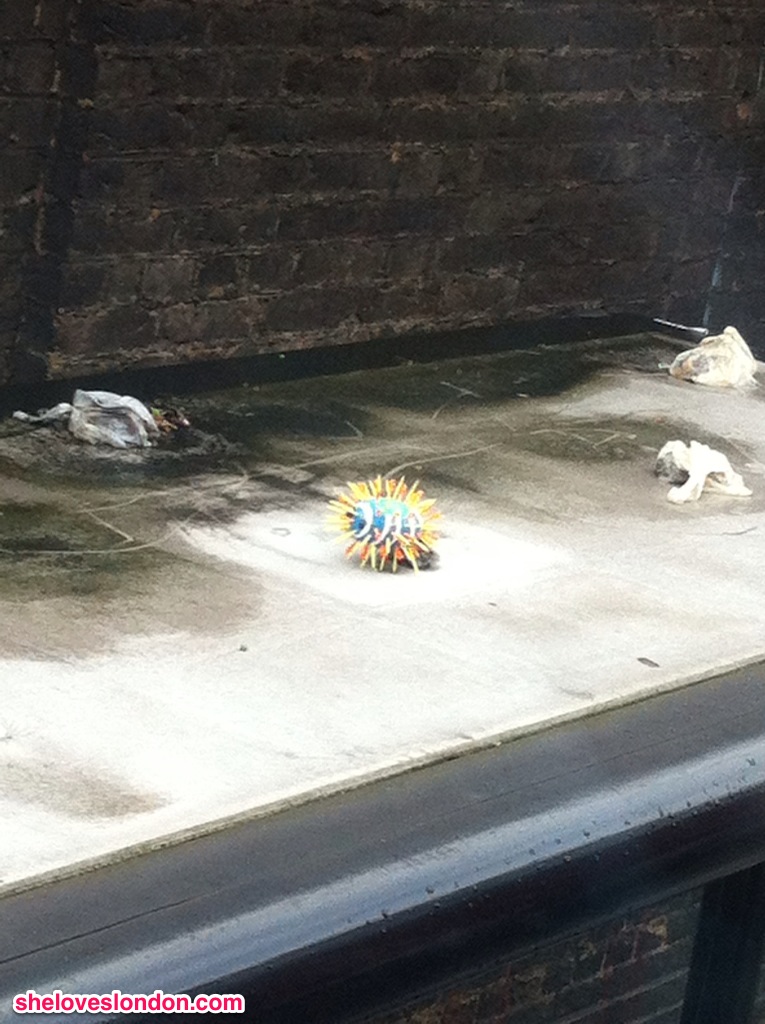 I’m fairly sure I can’t be the only person to notice them, but it’s not like you can really tap the person next to you and go “Oi, do you know what they are?” so I’m asking you.

What are the round colourful spiky things?