Like most people who live and work in central London, I pretty much live for other people’s dogs.

I think it’s because even though you know that theoretically there must be dogs around this city somewhere, you just don’t expect to see them.

When I do see one, sometimes I forget that these dogs belong to other people. Within a few seconds I’ve made a beeline, reached out my hand, made a “c’mere! doggooohelllloooo” sound and beckoned for the dog to come closer. I know it’s not appropriate, I know that dog has no business being on my lap. But it’s there now, and it’s happy, and I’m happy, and anyway leave it here for a moment eh, I just want to be its friend.

But to be honest, London really does have some A+ dogs. It was pretty hard to whittle it down, but here are some of the best ones I’ve seen.

Wastedog came to Carnival to rave, and Wastedog came to get messy. She wanted to drink beer, skank out in front of a soundsystem and eat curried goat. She’s done that. Mission accomplished. She peaked three hours ago and doesn’t even care who knows it. 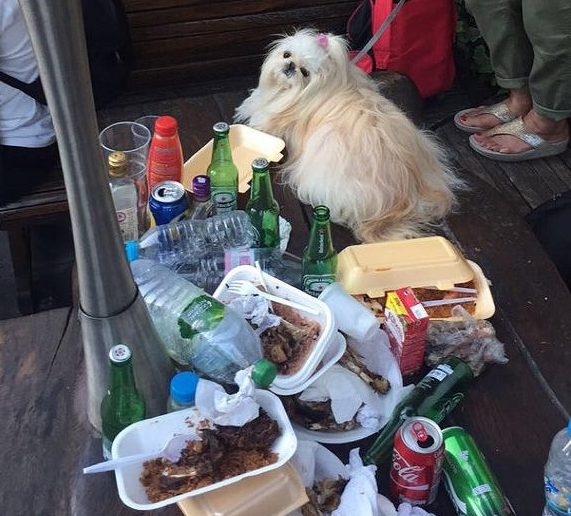 2. Very Tired Dog who absolutely did not want to be on the No 38 bus

This dog literally yawned the whole way to work. It just sat there, on its owner’s lap, doing massive yawns and thus lending more evidence to the theory that dogs are basically humans who cannot deal with being up and out in public at 9am any more than you can. 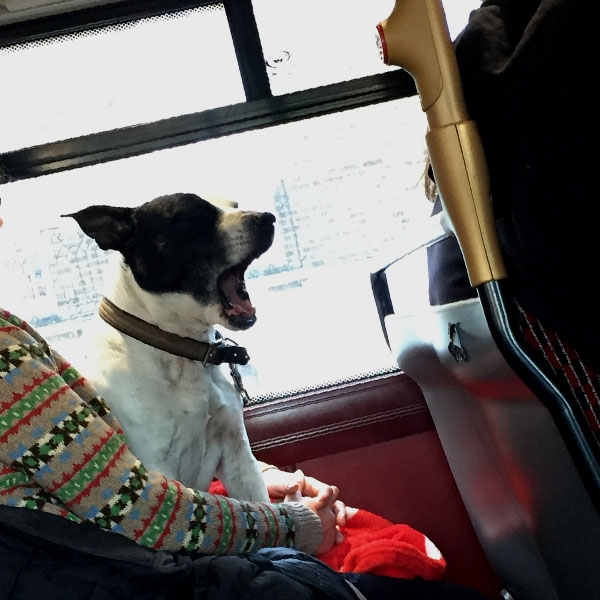 3. Dogs who may or may not belong to royalty in N16

No one’s saying that HRH the Queen does her shopping on Stokey Church Street, no one is saying that at all. There is no proof, and anyway it’s not plausible that the Queen of England would ever go up to Clissold Park and see the goats and then stop by the butchers to pick up some sausages for a fry up on the way home. There is no evidence that Her Majesty Queen Elizabeth II has ever done that. Not. at. all. 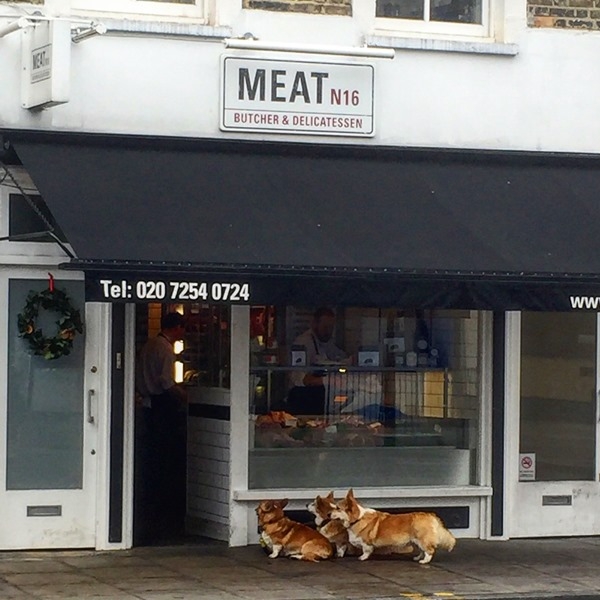 4. This dog outside Dalston Argos who accurately sums up how everyone around here feels on a Sunday morning

Literally. Someone get me a fucking Berocca. 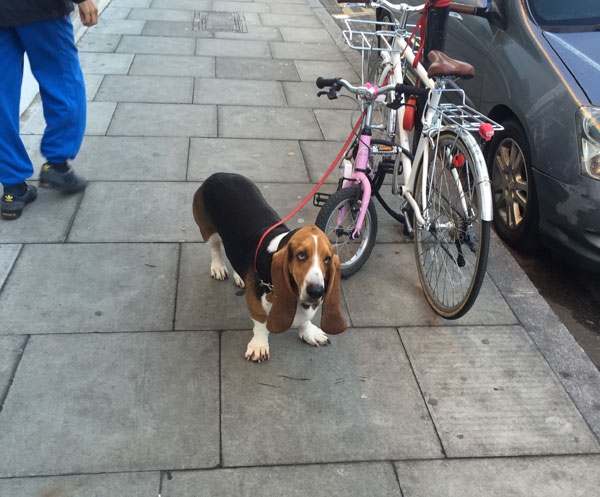 4. Granary Square fountain dog who will never be ready to go home, ever

This dog was there when we arrived, and this dog was still there when we left. This dog had been there for hours. This dog is probably still in the fountains at Granary Square in Kings Cross; trying to catch all the water, eyes gone zany from the flashing lights. Its owners gone now, reduced to husks.

6. This beautiful bus puppy who matched their collar with the cover of White Teeth

How does it feel to see a bull terrier that 100% put in more effort towards matching their outfit to a Zadie Smith novel than you did today? 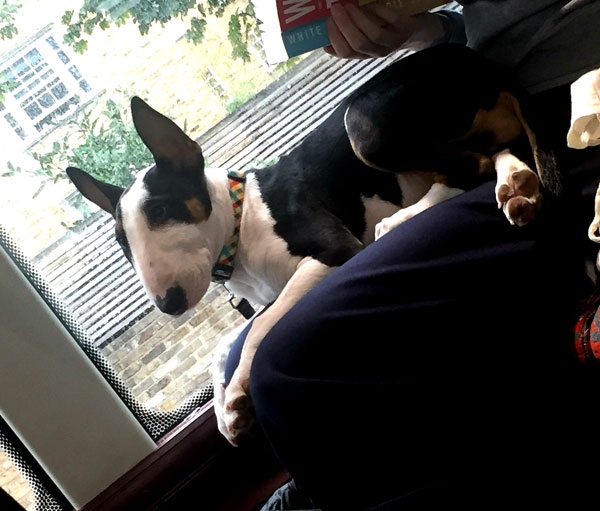 7. Shop Dog whose retrieval skills are entirely wasted on the Covent Garden branch of Mountain Warehouse

For gods sake, won’t someone let that dog fetch the matching hat and gloves? 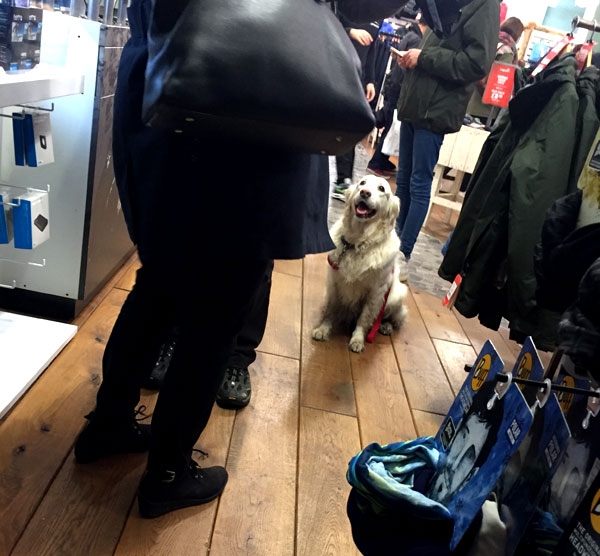 8. Dog in Viva Dalston who will definitely finish off anything you don’t eat

I am very much all for dogs in eating establishments, but if anyone has mastered the art of ignoring a pup who has nailed looking extremely cute and is standing with a quizzical stance just over your friend’s shoulder while you try to eat nachos and quesadillas, please let me know. 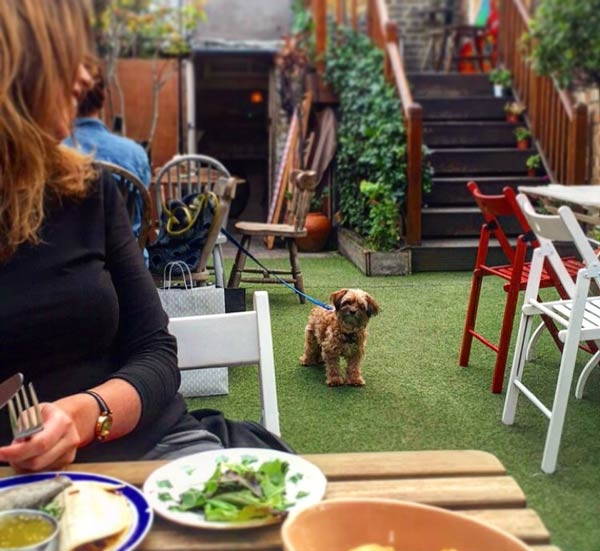 9. Bubble dog who will take your hand off* if you come any closer

All hail this friendly very laid back sausage dog whose job it was to guard** the belongings of a couple who spent their Sunday afternoon making giant bubbles in Kings Cross.

*lick
**lie down next to 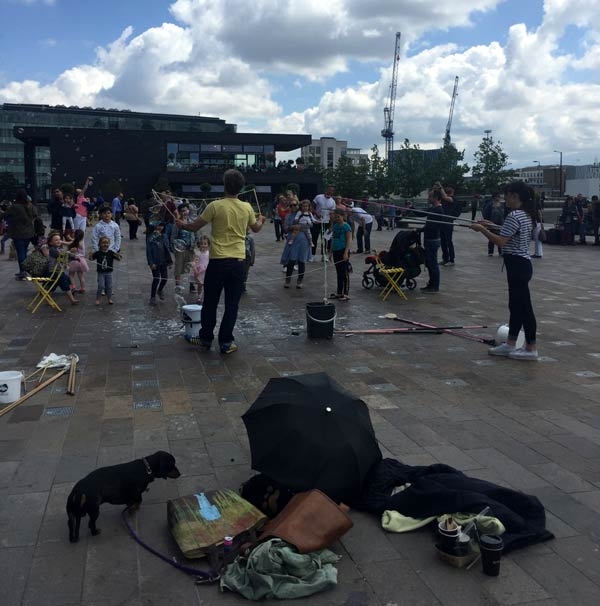 10. Dog who will just wait here until you come back

I think if there’s one thing London dogs have over normal dogs, it’s patience. I mean, there’s a lot of waiting around in this city. For buses. For tubes. Under pub tables while their owners get through a bottle of wine. This one’s an old hand, he knew the drill. Brunch first, walk later. He is a Good Dog. 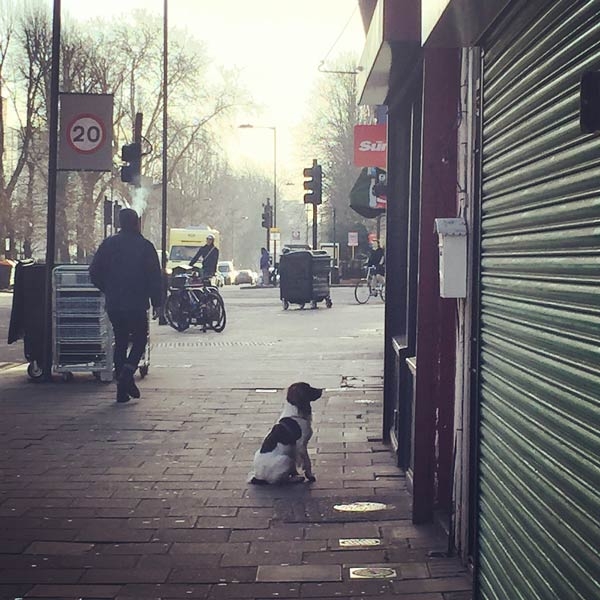 If this was Buzzfeed, this post would end with a “which dog are you” quiz, but this isn’t Buzzfeed and my name’s not Santa so instead, please send me your favourite dogs. There are also lots more dogs on my Instagram.