What’s the nicest thing about London in summer?

Is it the raft of pop-up events? Is it Pimms? Is it not wearing tights? Is it socialising with friends instead of staying in and watching Netflix?

No. The nicest thing about summer is that we don’t have to eat lunch at our desks surrounded by our colleagues and the pungent waft of last night’s microwaved fish.

The weird thing about working near one of London’s best food markets is that there aren’t actually that many places around to sit and eat the food.

There’s no big Golden Square or St James’ Park or Regent’s Park, so you’ve got to trot a bit to Grays Inn Gardens or Lincolns Inn Fields or do laps waiting for a bench on Baldwin’s Gardens until there’s somewhere to sit.

But another decent place is Waterhouse Square in Holborn, which is cool because it’s got benches and looks like this: 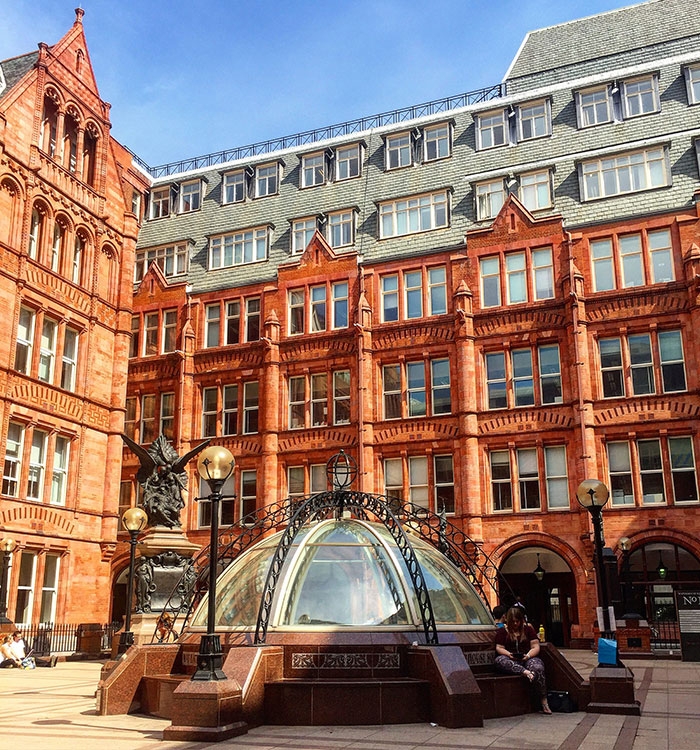 The other day I was in the far corner trying to read a book and eat a halloumi wrap.

This requires a not unreasonable amount of skill, determination, napkins, and a longer attention span than I’ve got, which is why I gave up and noticed two people staring into a little alcove to my left.

Then they went and two more people came.

And I was like WTF are they all looking at?

What could possibly be commanding the attention of a steady stream of people into the far corner of this big Hogwarty lunch square? 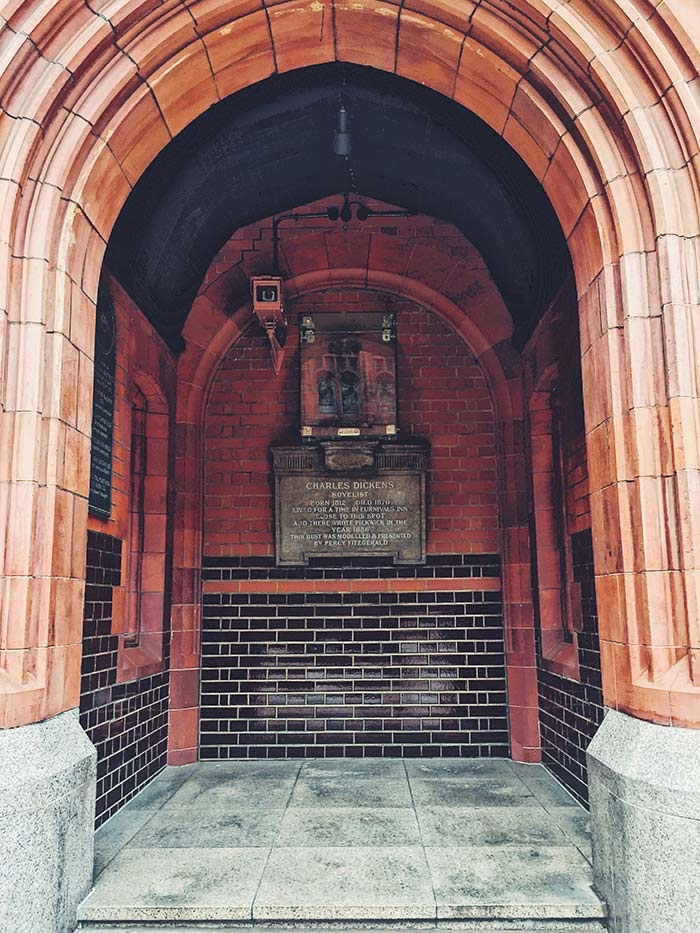 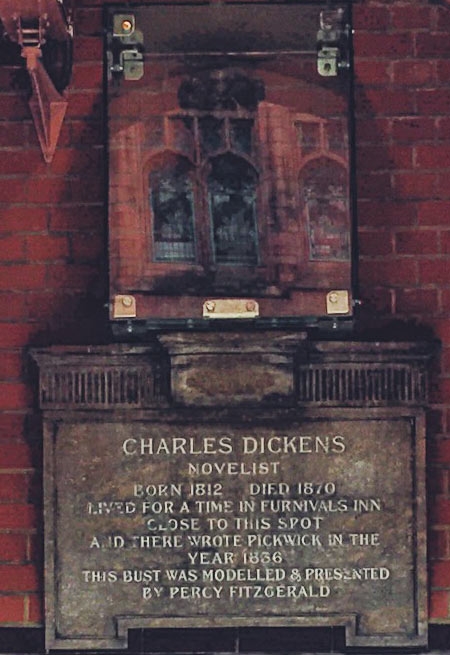 Turns out all this time I’ve been eating lunch in the exact same place that one of literature’s most famous writers lived while writing a book I haven’t read.

And they made a statue of his head, which has since replaced “get a novel dedicated to me” on my  list of Things I’d Ideally Like To Achieve.

For some reason they’ve encased his face in a glass casket so the reflection gets in the way, and plonked a security camera above it just in case you… try to steal his head? Rub his nose for good luck?

Anyway, I recommend popping by if you like books and also want a nice place to eat lunch. Just don’t try to do both at the same time.

If you know of somewhere else good round here, leave it below.