There are things you know when you’ve lived in London for a bit.

Not just the obvious stuff like standing on the right, walking as fast as humanly possible at all times, or forming orderly queues everywhere (unless you’re at a bus stop or waiting for the tube; in which case please form a restless, passive aggressive crowd instead).

What I’m talking about are the unspoken things that you just don’t do – not because there’s signs or announcements or years of etiquette telling you not to – but because as a Londoner, you simply know this city better than everyone else.

Put simply, you’re wise to it. They can’t fool you. Whatever it is, you already know it’s futile.

So get ready to look smug, shake your head despairingly and roll your eyes. Because never would you ever…

Oh, Bank Station. Where all that separates you from your next train are 50 spiral staircases and an estimated ten miles of mind boggling, vaguely signposted tunnels to oblivion and maybe, possibly, at the very end of your sanity, a Central line platform.

A while ago, they put up a load of orange flags, hired orange-clad power rangers and set about rebranding Holborn, St Giles and Bloomsbury into a fashionable, funky, rejuvenated orange coloured area called “Midtown.”

Glad we’ve sorted that out then. 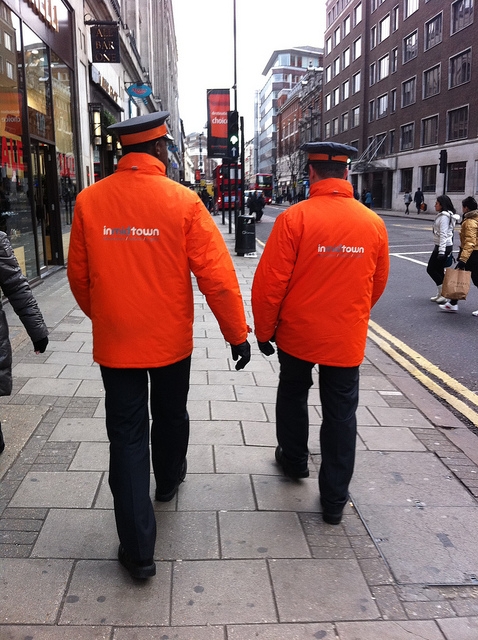 I’m pretty sure London’s sizeable vermin wildlife population are doing ok without your discarded Pret-crumbs, and London’s human population can do without pigeons ambushing us in Soho Square on our lunchbreak. Thanks tho, save the whales ‘n’ that, peace. xx 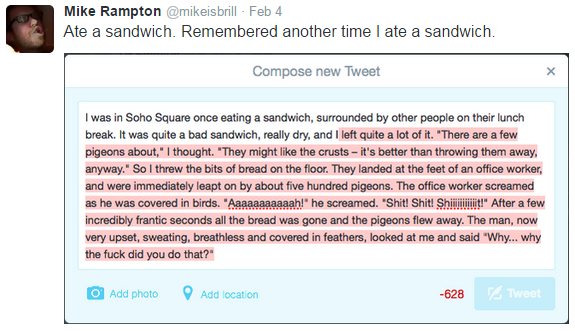 4. Use the zebra crossing at Abbey Road.

– If you’re driving, you’ll be stuck for hours waiting for tourists to finish reenacting the Beatle’s famous album cover.

– If you actually want to cross the road, there’s a high chance of getting hit by a car that can’t be bothered to stop for tourists reenacting the Beatle’s famous album cover. Spend five minutes watching the Crossing Cam and see for yourself.

London’s re-branding departments strike again, this time trying to give an entire area behind Regent Street a collective term it doesn’t really require or need. What’s wrong with plain old “that street just off Carnaby Street near Miss Sixty”?

6. Walk between the Piccadilly and Jubilee lines at Green Park.

Wars have been fought, lost, re-fought and won again in the time it takes to change lines at Green Park station.

Instead, go with the advice of London transport geek Diamond Geezer, who says: “It’s probably quicker to ascend to the ticket hall and come back down via the main escalator instead.”

It is also probably quicker to go to space, but your monthly travel card won’t cover that.

If you’ve walked past any new housing developments in east London recently, you might have seen billboards promoting activities that your average Londoner would never do.  I mean perhaps people eat bagels in evening wear in, like, Notting Hill, but in Hackney, this doesn’t really tally with the current vision of casually dressed hungover people in pyjamas eating kebabs at 10am on a Sunday. But hey, don’t let that reality get in the way of your terrible marketing campaign, Mettle and Poise.

8. Spend the day staring at the inside of a hat.

Again: people on Kingsland High Street don’t tend to spend much time gazing at the inside of their flatcaps, despite what Time Out might have you think. But with the arrival of these new £500k one-bed flats, clearly all that is set to change.

9. Sit on the pavement on Kingsland Road.

Seriously, are you nuts? Trust me, Dalston Curve, you don’t want to advertise this behaviour. Stand up, woman. You’ll get kebab on your coat.

10. Queue for an escalator.

Big shout out to TFL staff member Leon at Brixton tube station. He was on a one-man morning motivational mission to get commuters to walk down the one working escalator for the last seven months while disastrous queue-forming repairs were carried out. Your local community salutes you, sir.

11. Ask people who don’t live in Battersea to come to Battersea.

No one knows where it is, and no one can get there except for you. Abandon ship.

Look, no one’s saying you shouldn’t go to these excellent immersive cinematic events. You totally should. What I’m saying is for gods sake, let’s just make it a nice round £100 per person and be done with it. In other news, still tickets left, guys.

13. Get involved with the “PR stunt of the day”

“We’re building a rainbow out of television screens on the Southbank to celebrate National Banana Day and new shiny technology, we’d love you to be part of the magic! There’s something for everyone!” 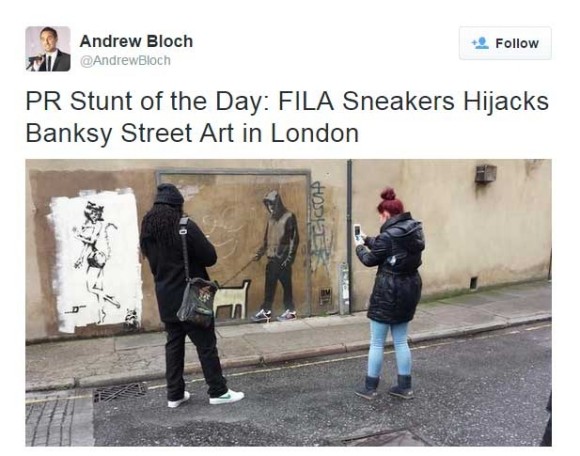 Hell hath no fury like the “No standing on the UPPER DECK or STAIRS PLEASE” announcement. It’s a folly reserved for Tube Strike refugees and tourists. Although, as everyone knows, there is a way round it.

So there we have it.

If I’ve missed anything crucial, let me know. Otherwise, as you were, London. You may get on with your day.