There’s lots of places in this city that very much do act like London, like St. Paul’s, the Thames, Bloomsbury’s squares, the Barbican’s walls, and the stairway on the north side of Waterloo bridge that always smells like wee.

But not Exmouth Market. It does the opposite.

Exmouth Market reminds me of not being in London.

It reminds me, very specifically, of a street in Paris called Rue de Cler; one of those short-ish little pedestrianised streets with tables on the pavements, a low-key market, twinkly lights, little shops, bars with benches facing out, and restaurants serving very good meat. 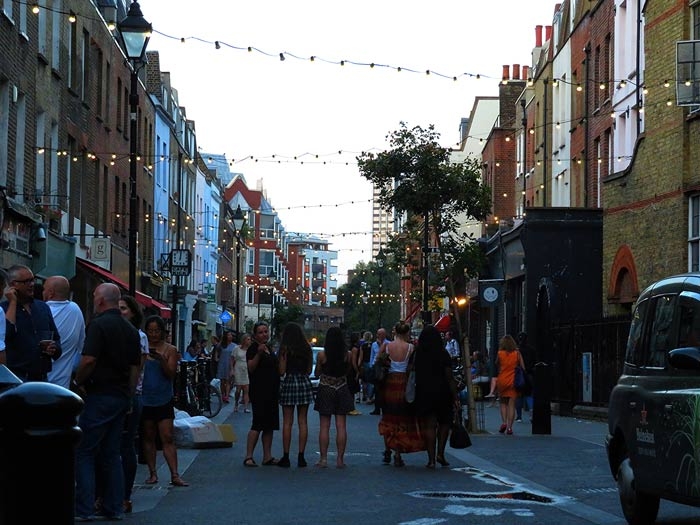 Like Paris, Exmouth Market is good if you’re hungry.

Which is weird because most places in London that say they’re good for eating actually aren’t. Like Borough Market is good for food but not for eating, because before you eat you have to lose your tiny little mind doing the penguin-shuffle behind literally every tourist in the world first.

And Soho! Soho is good for restaurants, but not for eating, because before you can sit and order food at the table you weren’t allowed to book, you’ll have to form an orderly, boring, hour-and-a-half-long queue. 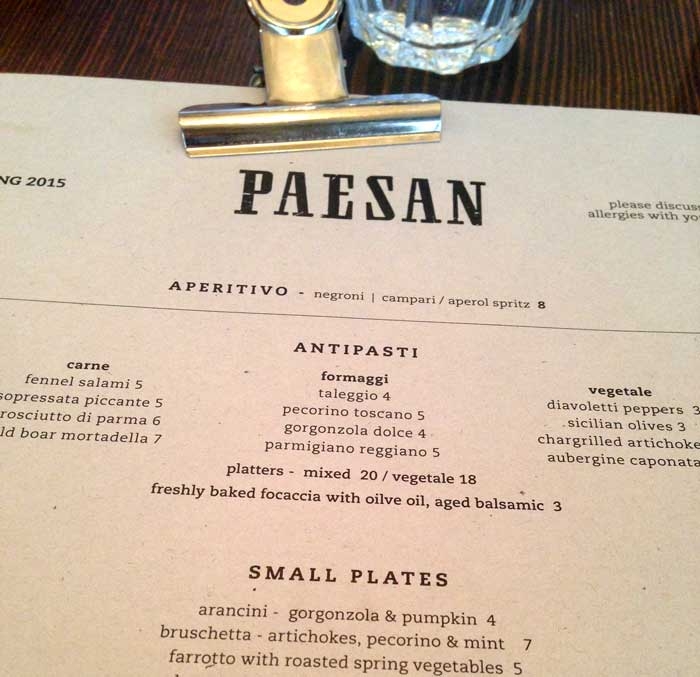 But Exmouth Market is 100% Certified Actually Good for Eating, by which I mean you can consume very good food quickly and easily at the times of day when you – a hungry human being who is literally. about. to. kick. off. if. she. does. not. get. fed. immediately – requires something to eat.

That’s because as this helpful diagram illustrates, this little area doesn’t tend to come up on the London Market Guide Book roll calls for slow walking tourists, and it’s about five minutes too far from Angel and Farringdon for socially active yet fundamentally lazy Londoners who finally came good on their “we must catch up soon!xx” Facebook posts and need somewhere decent for dinner. 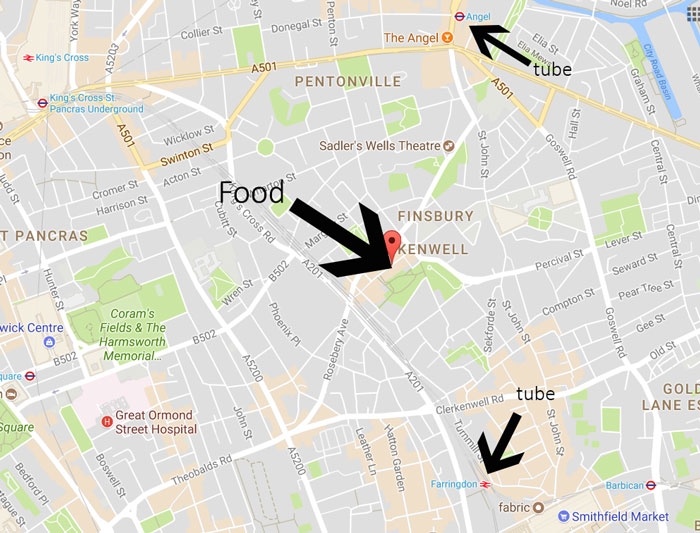 So basically, Exmouth Market allows you to do the impossible.

And in this city, impossible is defined as “being able to eat dinner at 7:30pm” in places like Caravan or Pizza Pilgrims, and if not Caravan, then at the bar in Morito, or further down to Santore, where they magic tables out of cupboards and somehow always squeeze you in.

And if all else fails there’s the Exmouth Arms, or Cafe Kick, where it’s fine to skip dinner entirely because you’re smashed on Happy Hour mojitos now and playing table football instead.

Colleague Birthday Restaurants need to be that decent middle ground: not quite Pizza Hut, not quite Hawksmoor, express lunch menu, reliably good food, walk-in table for eight because the person in charge of sorting the collection and card forgot to book.

My Colleague Birthday Restaurant of choice is Paesan, which does all those things while managing to serve the sort of Italian food that doesn’t completely embarrass you in front of Italian workmates.

Exmouth Market specialises in those small independent shops you can kill 15 minutes in – picking things up, putting them down, and patting the shop dog – before leaving with five near identical hand drawn cards with ducks wearing hats on the front while you’re waiting for your mate.

You’ve got Botanique – which sells plants and cards, and joy of joys: two dogs – and Space, which sells stuff made by Londoners, and has been run by a mum and her daughter since 1998.

It’s also got the an excellently named barber’s shop.

So not only can you say that Barber Streisand‘s cut your hair, but I’m pretty sure they’ve also got a cat. Also, once upon a time actual real Barbra Streisand walked past and Instagrammed their shopfront, which is probably the most meta thing that’s ever happened.

#Repost @barbrastreisand with @repostapp. ・・・ You never know what you’ll see driving around London :)!

It’s got a nice feel to it, this little street.

But if it’s Thursday night and you don’t fancy the Eurostar, you should probably go to Exmouth Market instead.