In April I went to the Galapagos Islands.

If you watch Planet Earth on the BBC you’ll know it as the place where David Attenborough, aka the Animal King aka Captain Nature aka Chief Inspector of Wildlife spends our licence fee, something I am actually more than ok with.

If you’re not familiar, they’re basically an isolated group of volcanic islands about 1000km off the coast of Ecuador where Darwin rocked up and was like holy cow, this place is nuts, I need to write a book.

This is kind of hard to swallow when you get there because you’ve essentially saved up three month’s rent to go, so a little bit of recognition for your efforts would have been nice.

But it’s also a good thing because it means in the Galapagos, animals are the boss. They’re top of the food chain; the kings and queens. They are protected, and you humans, quite frankly, are not. You’re not even on their radar. You’re just there to fund their long, evolutionary life. If anything, if animals in the Galapagos learnt to use cameras, which given the weird stuff I saw, wouldn’t be an impossibility, they’d be taking photos of you.

Anyway, I saw loads of animals on my trip, and although I don’t discriminate because officially they were all very good, here’s a non-scientific guide to my favourites.

1. This sealion who was basically me on a hangover

Swap the bench for a sofa and the similarities are astounding. 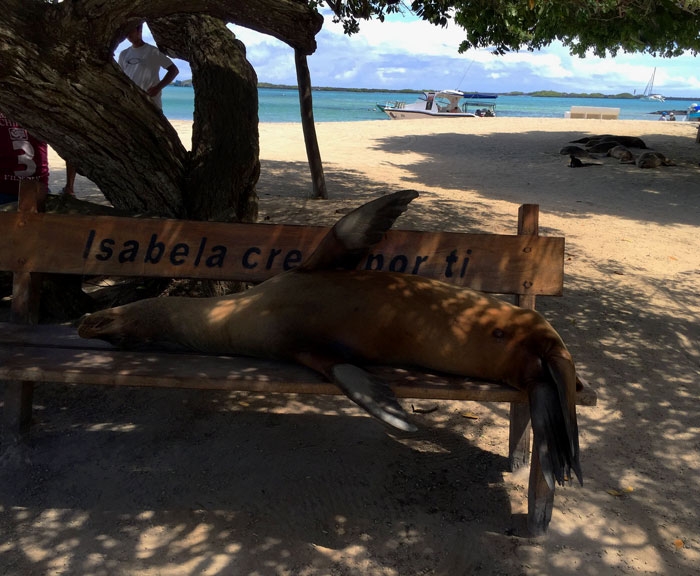 2. The Marine Iguanas who were well aware it was a shared path

But, being the only species of their type on the entire planet, they also really don’t care that you want to get by. 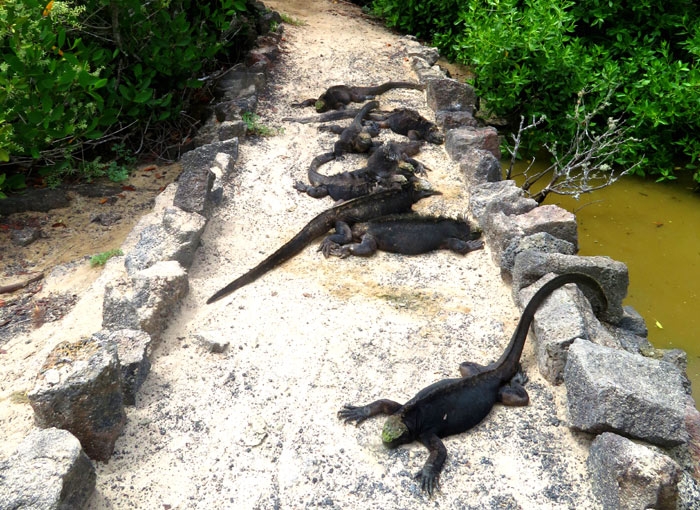 3. The blue-footed boobie who’s looking pretty pleased with himself

Although to be fair, if you were called a “boobie” and those were your feet, this would probably be your face too. 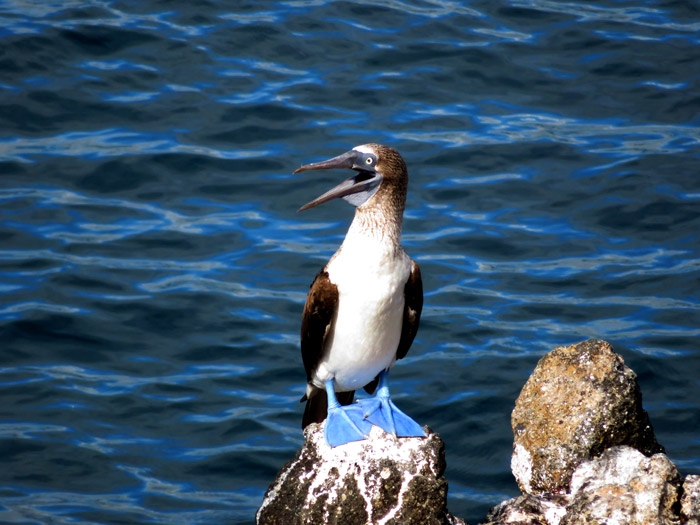 4. This Giant Tortoise who’s half the size of a tree

..and older than your entire family. It’s a long, slow life, and this guy has Seen. Some. Things. 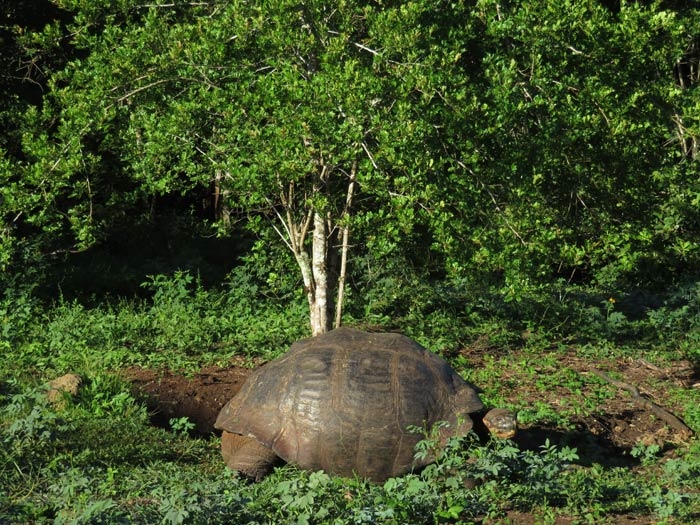 5. The Frigatebird who knows the way to a woman’s heart

And it’s through his massive inflated red chest pouch, obviously. 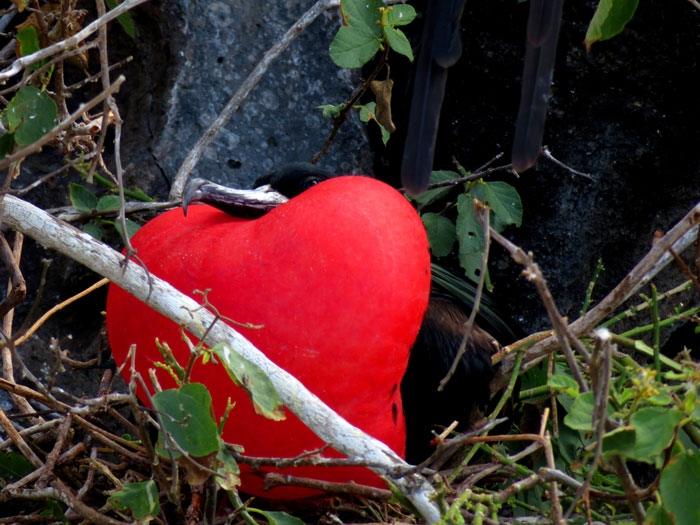 6. The Galapagos Penguin who just wants to know what you’re up to, really

And is flagrantly ignoring the two metre rule in order to find out. 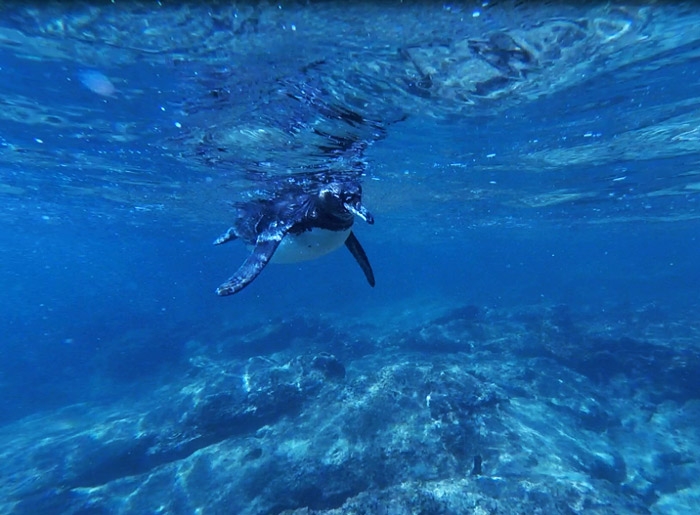 7. The short eared owl who looks smug because no one’s trying to kill him.

In case you were wondering, this is the face of a usually nocturnal bird who’s evolved to do daylight because he’s got no natural predators. The bones of his prey were scattered opposite on a rock. Be polite. 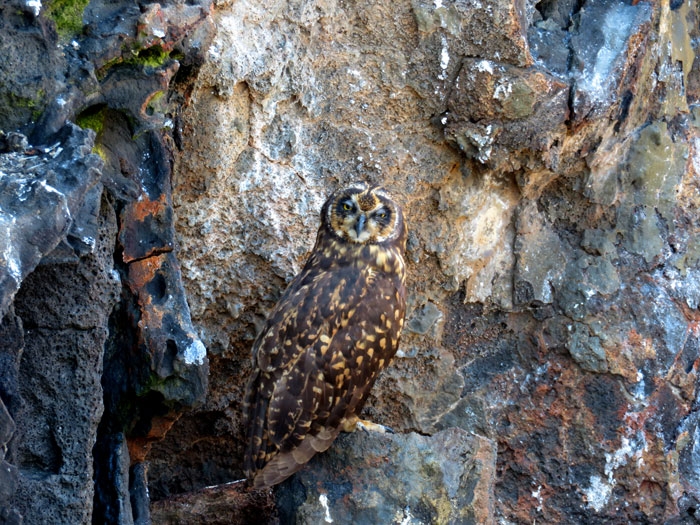 Imagine for one second, a world where all birds had multi-coloured beaks. Actually, imagine if you had this beak. It’s a great beak. 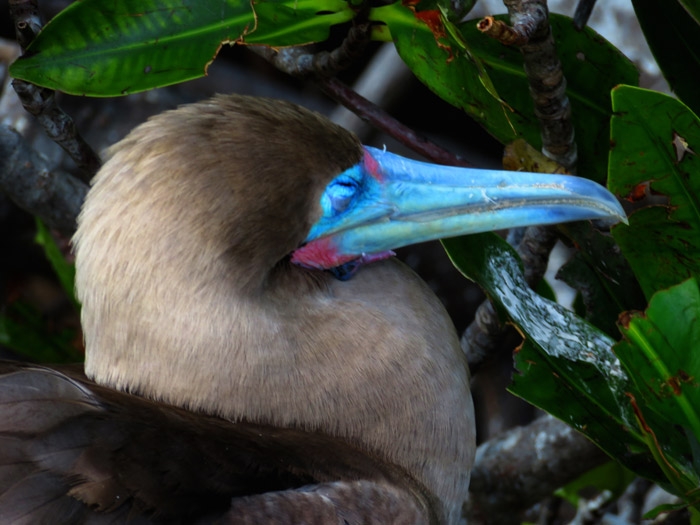 This season I’ll mostly be matching my food to my clothes in homage to South Plaza’s resident rock-and-flower coloured lizard. 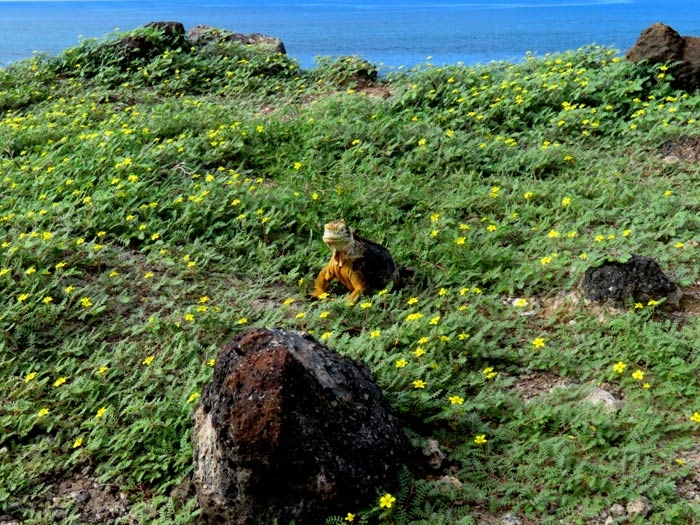 Unfortunately, lunch wasn’t getting in the water that day. Lunch was very much staying on the upper deck. 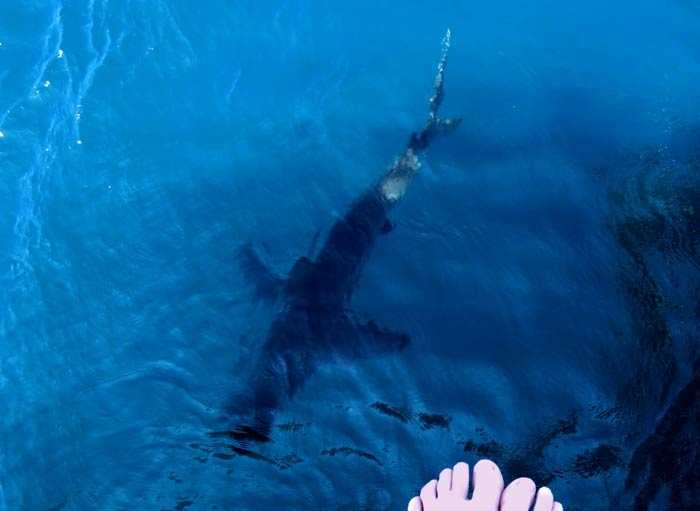 11. This pelican who can and will wait all day for a fish

Patience. Patience. And then, when the time is right: GULP. 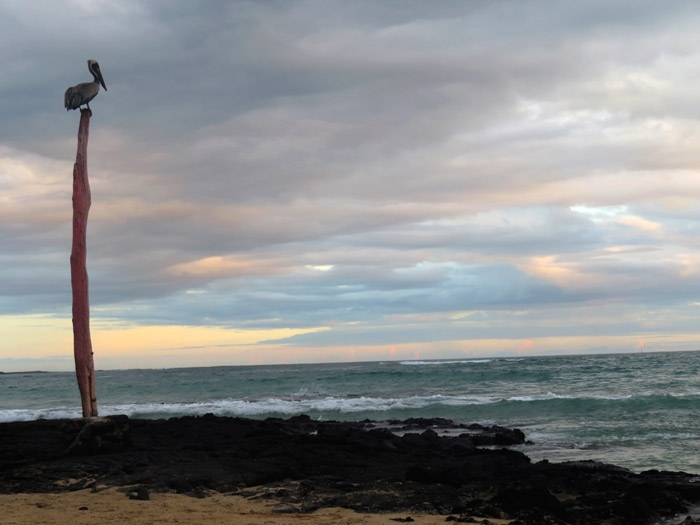 12. And finally, this brown labrador puppy

Really not sure how this one got onto the beach. Pretty sure there were no dogs allowed. 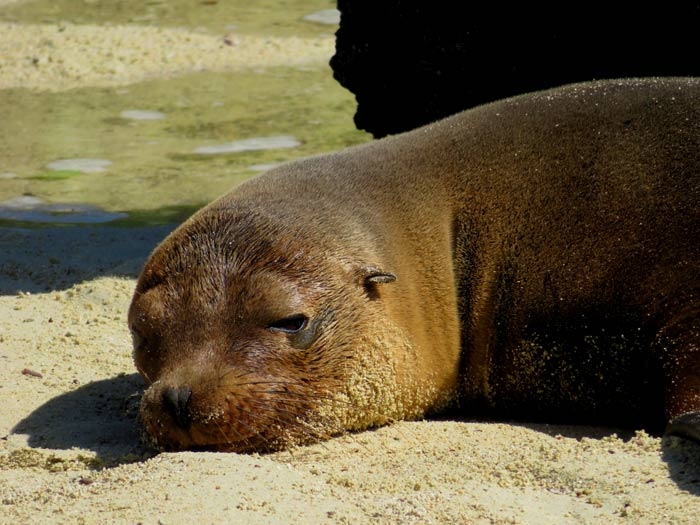 To see more photos from my Galapagos trip, go have a look at my travel photo account on Instagram.

Or subscribe to this blog’s newsletter below so the next time I bang on about it, which will probably be soon, you’ll be all over it, won’t ya?