Last Wednesday I went to a talk called Behind the Blog at the Museum of London.

I didn’t get to wander around the museum itself, but I did use the toilet which is where I learnt the following handy fact: 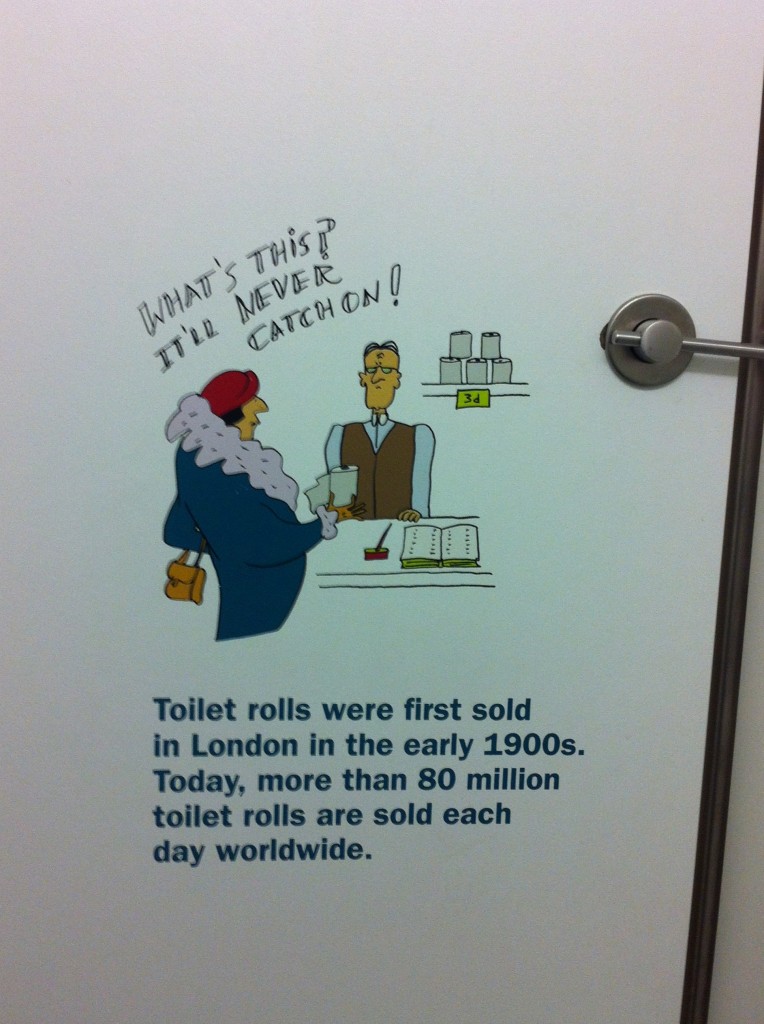 On the panel of Behind the Blog were the faces behind some of the interweb’s most well known London blogs and publications: Sonia who puts together Time Out’s Now. Here. This, Ian from IanVisits, Dave Hill who blogs for The Guardian, Chloe from Le Cool, and  Michael from Snipe London.

These blogs and newsletters probably receive the equivalent views in one week that I’ll get here in a year, but despite that, there were two points that brought us all together like happy little London ducks:

1) We’ve all realised that blogs take a lot of time and effort – most of which happens after you’ve done a full day at work.

2) When it comes to blogging, there’s enough of this big city to go around.

It was good to hear how they put their blogs together, and also to grab Dave Hill at the end and thank him for mentioning this blog in the Guardian’s Metropolitan Lines newsletter back in June. Which brings me nicely to part 2 of this post. What exactly goes on behind here?

As someone who only recently started writing about this city under the guise of She Loves London, I already feel qualified to dispel the myth that starting and maintaining a blog is some sort of jolly old foray where you can just shove up a load of pictures and get free stuff (not looking at any blogging community in particular *cough*)

Deciding to start a blog is easy. Choosing a domain, design and layout takes weeks. In the first couple of months, publishing regular posts is a doddle: ideas fall out of your fingertips. THEY’RE EVERYWHERE.

But there’s a reason why most new blogs about any subject only last about three months. After that, the initial burst of excitement wears off and, I’m afraid to say, you’ve got some work to do.

Coming up with ideas, writing the post, taking and sorting the pictures all while trying to wind down, cook your dinner and watch 999 What’s Your Emergency – that takes some serious multitasking. Including, but not limited to: 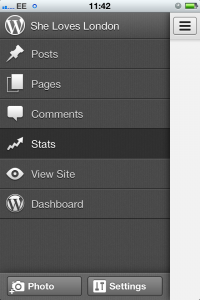 Get all that right and it’s onwards and upwards: you have a blog, and your parents have something they can show their friends when conversation dries up at the dinner table.

Put simply: blogs are the gift that keep on giving – until you get bored, lose interest and break up with it stating irreconcilable differences.

Anyway, if you want to find out more about me and this, then you might want to read my London grilling on the East Village blog.

Failing that, you’ll find more brilliant London blogs somewhere to your right –> and also on this post here.

As always, I’m always open to hearing about your blog, and what goes on behind it. Or if you’ve ever been in a toilet that told you something better than the history of toilet roll, that would go down well too.