Last Sunday afternoon, I went to the British Museum.

You know, as you do – just casually dropped in on a whim in the same way that you might mosey on into a playground: to see if everything is as you remember and to have a go on the slides. 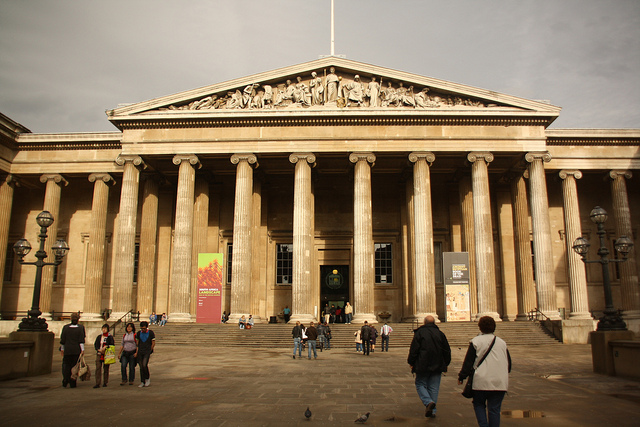 The British Museum is always there, but being a twenty-something in London means your weekends often start with “Yeah, we should really do that” and end with Dominos pizza in a darkened room.

As such, the British Museum and places like it tend to drift into the background when you’re thinking of things to do.

They’re a legitimate option, but one that has remained unexplored since you were packed off there on a coach aged 10; activity sheet in one hand, and that week’s Best Friend in the other.

Although the day was ripe to fully explore everything the museum had to offer, I, like everyone else, was really only there for one reason.

You might dutifully look in on Africa, or pass through Asia, Ancient Greece, or the Renaissance rooms…but really, you’re only killing time before the main event.

After elbowing and tutting past the shuffling backpacks of the slow-moving, camera-wielding tourists, excusing your way through a cacophony of languages you don’t understand, dodging the wagging fingers directed at children with drifting attention spans, you arrive at the glass cases in question.

And there they are. Case after case of embalmed, bandaged, and very, very deceased Egyptian mummies.

By far the largest crowd, though, is reserved for the Gebelein Man.

Holding a thousand gazes a day, he’s still curled up in the same position as when he was buried in 3500BC, and unchanged (perhaps unsurprisingly) since the last time I saw him when I was ten.

Morbid curiosity sated for another few years, you can head for the exit now – giving Europe a cursory glance as you go – out of the doors and back into the winter sunshine; safe in the knowledge that yes, everything is as it was.