Recently, I broke new ground and moved to an area of London not served by the Underground.

Faced with a daily commute from East London to the West End, and with there being no way in Peckham that I’d consider joining the peddling masses (safety concerns aside, I once caught an inadvertent full-frontal of a girl cycling in a skirt and am still shuddering at the thought), I delved into unprecedented waters…and, for the first time ever, swapped my monthly travelcard for a bus pass.

A steadfast fan of the Tube and all its funny little ways, it came as a bit of a surprise when, within a week of moving over to the dark side, my new bus commute had totally won me over. 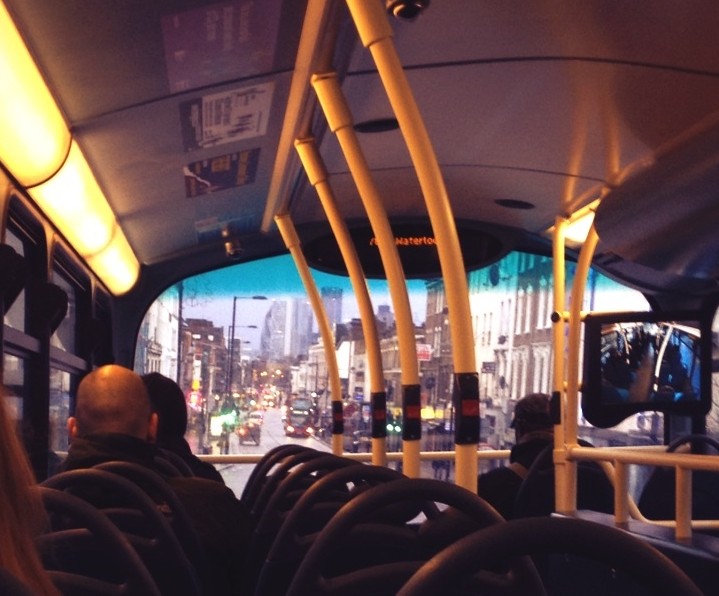 You know the best thing about a bus? All that sitting down. Let’s think: do you want to start your day off with 45 minutes of leisurely book reading and a guaranteed seat with views of the outside world, orrrr… a 20 minute tube crush in a tunnel, with your face in someone’s armpit and your inky fingers from a half-read Metro grabbing tenuously onto a sweaty rail? What’s that? “The first one, please?” Correct answer! Case closed. NEXT.

2. It’s a fair bit cheaper than the tube

At £80-something quid for a month’s unbridled bus fun across the whole of London, this is cheap transport. Well, cheaper at any rate. Even with twenty quid’s worth of token PAYG tube travel on top, that’s still well below the £112 you’ll pay for a Zones 1-2 Travelcard. Verdict? All aboard the big red bus, first stop, More Money for Booze Street. Ding ding!

3. You probably live closer to a bus stop

Not only are you more likely to find a bus stop on your doorstep than a whacking great big tube station, but with all the spandangly new bus lanes cropping up, and the zillion routes tracking around town day and night – well, if you squint hard and do a shot of Tequila, you’ll see it’s pretty much door to door service.

4. There’s plenty of time to catch up on work emails 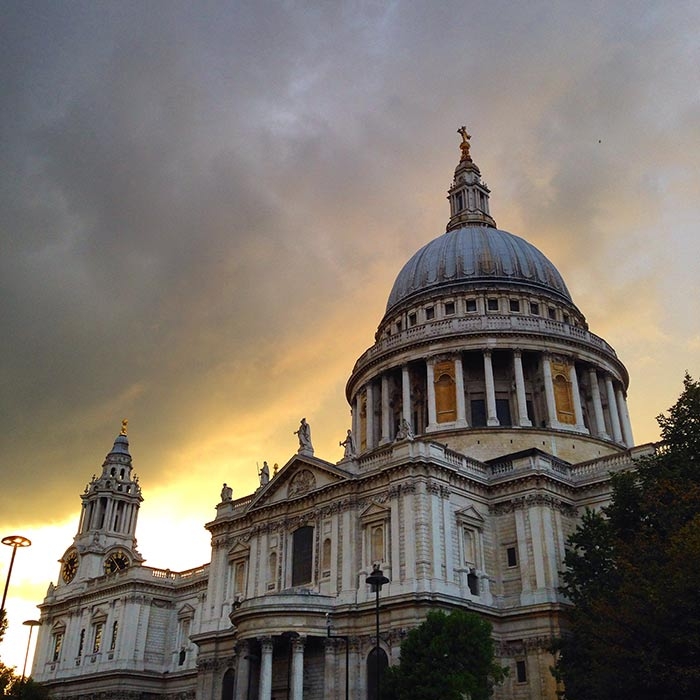 5. Ok, no work emails. But you do get internet access.

It’ll be a while until the tube gets Wifi in the tunnels. In the mean time, here’s your chance to endlessly refresh your Twitter, Facebook, Instagram and BBC News feeds until the end of time. Or Holborn, anyway.

6. You get lots of ad-hoc sightseeing opportunities

Alright, so we are talking about one of the busiest cities in the world. Traffic happens. But my daily trip takes me through one of London’s most historic areas, so when you’re not screaming “HURRY UP, YOU MASSIVE BUS, WHY IS THIS TAKING SO LONG” into the seat in front, there’s always something else to concentrate on. I’m talking the “Est 1700” signs adorning the upper levels of the oldest pubs on Fleet Street, and the impeccable details on the Royal Courts of Justice, the towering grandeur of St Paul’s Cathedral, and that road in EC1 somewhere ambiguously named “Poultry”.

7. …and a bit of thinking space

Finally, in between all that gazing, there’s ample time to consider life’s more important questions. Whereas back in yonder Tube days this time would have been spent thinking about all the ways I could garrotte the fat man who just hurtled through the closing doors and proceeded to squeeze his rolls uninvited into my personal space, now there are different matters on my mind. Such as, “what happens if you go the wrong way round Ikea?”, or “Who would win in a fight between a large adult male gorilla and a ferocious honey badger?”

This year they introduced the “bus hopper” fare, which let’s you get off one bus and onto another one within the hour, without getting charged again. Given that most people actually get about eight buses to work every morning, it should come in pretty handy.

Love the bus? Hate the bus? Don’t care because you get chauffeur driven everywhere like a legend? Let me know below.