Once every couple of months, everything that can go wrong with London transport does go wrong.

The Piccadilly Line’s been having an absolute meltdown lately (seriously, you think waiting four minutes for the next train is bad? Try 20 minutes. RIP our sanity) and well, then came Upper Street’s Great Flood.

Earlier this week, a burst water main literally poured through Camden Passage in N1. That means one side of Upper Street in Islington has been closed off ever since while they fix it up. If you’re not familiar, that’s the stretch of the A1 near Angel Station – one of the busiest roads in this bit of London and a through route for a shed tonne of busses. 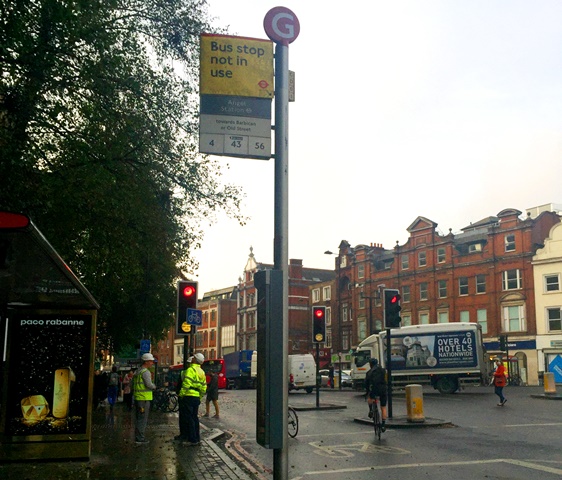 As a result, my normal commute’s been scuppered.

“This bus is on diversion” is probably up there as everyone’s least favourite pre-9am announcement (after “excuse me, I think I’m going to be sick”). And as any Londoner knows, the only sensible response is to tut loudly, shake your head, mutter for gods sake this is ridiculous, then get off and walk to wherever you need to be. In my case, that means a two mile trot to Farringdon.

And if there’s one thing you really don’t want to mess with, it’s a Londoner’s morning routine. Just ask whoever’s manning the Piccadilly Line’s twitter account this week.

But much like when there’s a tube strike and we all get to exercise our Great British Stoicism and get some Vitamin D, sometimes when you’re forced to change your routine, there’s an unexpected upside.

Case in point: last Saturday morning I took a different route to yoga, and ended up seeing a big mural I’d never seen before. Nothing groundbreaking, it’s not going to change the world. But still, this is a Dalston housing estate: you’ve gotta get your kicks where you can. 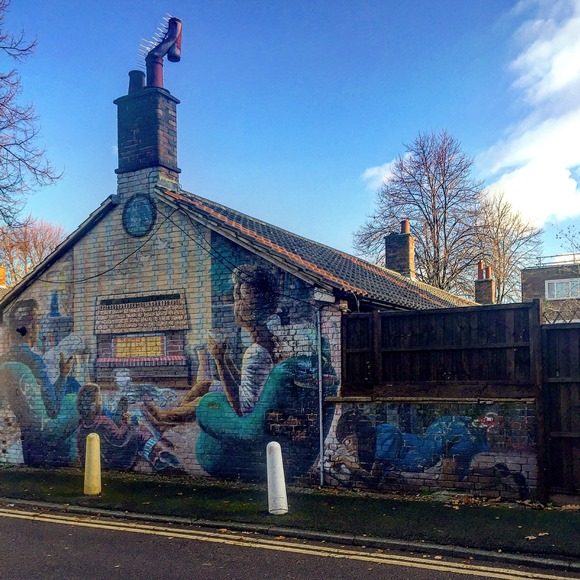 And the upside of the no 38 bus detouring via Birmingham each morning is that I’ve been walking to work.

It’s not something I’d normally do at this time of year, but it’s actually been quite nice. For one, it takes longer, which means I’ve nailed through a couple of really good podcast episodes on the extended walk. One episode happened to be about what happens when you break routine. And guess what? It rattled my uninspired brain out of its uninspired stupor.

(this masterpiece of a blog post is the result.)

One of the episodes talked about an Oxford University study called ‘The Benefits of Forced Experimentation“. That’s when researchers analysed the commuting behaviour of Londoners after a 48 hour tube strike, when they were forced to use a different commute. They found that once it was all over, 5% of Londoners stuck with their new improved route to work.

And alright, miseryface, it won’t always turn out that way. But even this week’s floods in Islington led to all the local shop owners being really nice and helping each other out.

So if you’re interested, here’s the Hidden Brain podcast on why disorder may be good for us.

And one for luck: here’s an episode of This American Life which features stories from people who re-think the way they’ve been doing things.

So, your mission for the weekend: break the routine. Have a messy room. Walk down a different road. But probably don’t flood your house.