As of today, you can no longer pay with cash on London’s buses.

Lots of people aren’t very happy about it, and as someone who manages to lose between 5-8 Oyster cards a year, I also fall into the group of those who would rather be able to pay £2.20 than beg, plead and weep at a bus driver to let me on so I can get home at 3am on a Saturday morning.

If you think it’s a stupid idea too then I’d encourage you to read this blog post or maybe this one, not because it’ll make a blind bit of difference when you’re stranded on Waterloo Bridge without any Oyster credit or a contactless payment card, but because nodding at your screen in an indignant way while imagining hypothetical bus payment scenarios which may or may not happen might make you feel a bit better in the short term.

Apparently the whole cashless buses thing happened so that TFL could save some money, and while that is largely agreed to be horse twaddle, it’s been a quiet weekend so I’ve been giving it some thought anyway.

Here are some other things they might like to consider to save money and improve London’s buses. 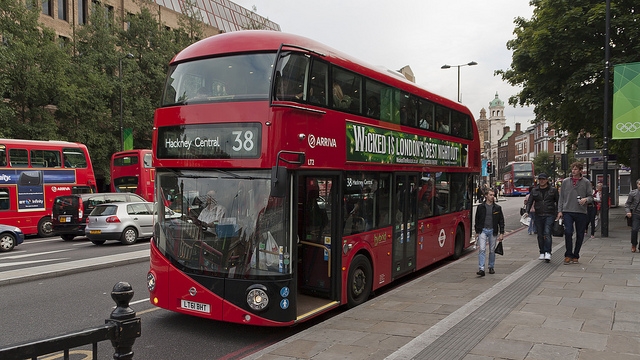 Boris sorted out all these new buses which was good of him – thanks, B. Can I call you B? – but on a sunny afternoon they’re like being stuck in a tropical fish tank without the pleasing coolness of water, and instead of cute little terrapins snapping at your fingers you get a conductor yelling “MOVE DOWN INSIDE THE BUS PLEASE, RIGHT DOWN, GO ON, MOVE”.

The air con must be expensive to run on full blast all day, so TFL could save lots of pounds by introducing ventilation in the shape of “windows” that “open” thus allowing a “breeze” to flow through. Think about it. You know, like the Victorians did.

Save thousands in passenger injury compensation claims by putting sensors on the doors to prevent them closing when there is something in the way. Like a person. Either that, or ask your drivers to stop shutting doors actually on people’s faces.

And by “people’s faces” I mean “my face” because it’s happened twice now and I’m about to take it personally.

3. Allow passengers to get on the bus.

By training drivers to recognise well known signs such as “hand held out onto road”, “waving hand” and “polite smiley girl tapping on door when bus is stationary at a red light and hasn’t yet left the stop”, you could increase on people actually getting on the bus and paying for a journey.

4. Save paper by not throwing people off the bus.

When any other service in the world runs late, the attitude is very much “oh my god, so sorry, let me make sure you reach your destination now the traffic has cleared.” Not so on a bus, where after keeping you on board in stationary traffic for half an hour, they simply terminate early and drop you off wherever so they can catch up on their schedule, thus making you even later and wasting precious ££ on paper for “transfer vouchers”.

Solution? Don’t do that. Get people to where they need to be. Save paper. Save the WORLD.

Introduce guaranteed boarding for regulars to stop the fair weather cyclists nicking all the seats when it rains. I’d totally pay 30p for that. Or someone would, anyway.

Because now there are not one but two different ways to get onto the top deck of the 38 bus, the race for a seat has never been more tactical or fierce. Get some reservations on that shiz. Like Eurostar.

Available for purchase from the conductor at the back, and particularly useful in the morning when fellow passengers are failing to respect the “no talking on your phone before 9am” rule that I made up just now.

Because otherwise when they’ve lost their Oyster card for the 18th time that month and all the ticket selling places are shut, and you can’t activate the money you just topped up with online because the tube stations are closed, and it takes 24 hours and you want to go home now, you won’t get any money at all. You’ll just get me. Crying. All the way to Dalston. On foot. And no one wants that.

If you have any additional money saving ideas for TfL, put them in a survey and send them over here so that I can put them in the bin. Thanks.