We’re a pretty lucky bunch us Londoners, aren’t we?

You get to the weekend and everything’s just there. On your doorstep. Waiting to be visited, seen and monkeyed about with minutes from home.

But sometimes even the most stalwart North Londoner has to venture out of her stomping ground and onto the Victoria line… southbound.

It was about time for my biannual trip to south London, so last Sunday I broke my sofa + hangover tradition and went down to Brixton Splash to see some friends who call that bit of town their home.

Beers were produced from a rucksack, and we found a patch of grass by Windrush Square where we settled down for a good old game of catch up.

It also turned out to be the perfect spot to watch the (ever diverse) world go by. 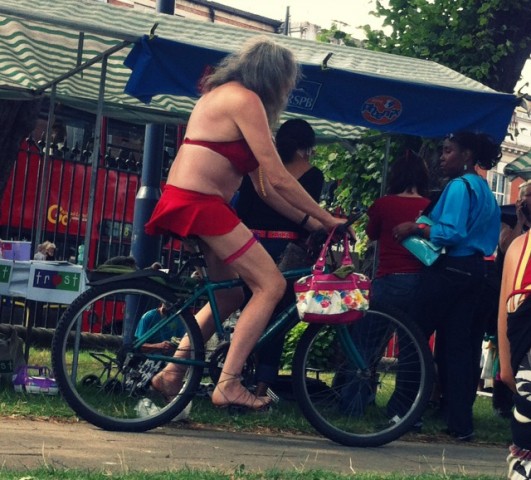 So there we were. The sun was out, the drinks were flowing and the sound of heavy basslines reverberated through the streets.

After a while the beer supplies were running low, so we took our cue and wondered off in the direction of the music.

And would you believe it – a few other people had had exactly the same idea. 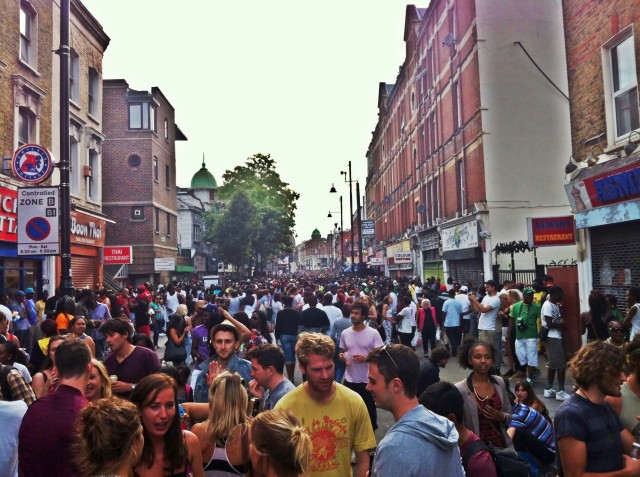 There’s a lot of talk about the regeneration of areas like Brixton – the streets, shops, markets and housing that have been redeveloped to make way for the moneyed masses.

When it comes to all that, I’m sitting firmly on the fence. To be perfectly honest, it’s the only place you can sit when you have a blog and live in Dalston.

But wherever you stand on the matter, it’s on days like this – sun beaming, soundsystems booming, streets bursting – that the little flat you rent above a burger shop on Atlantic Road probably pays for itself. 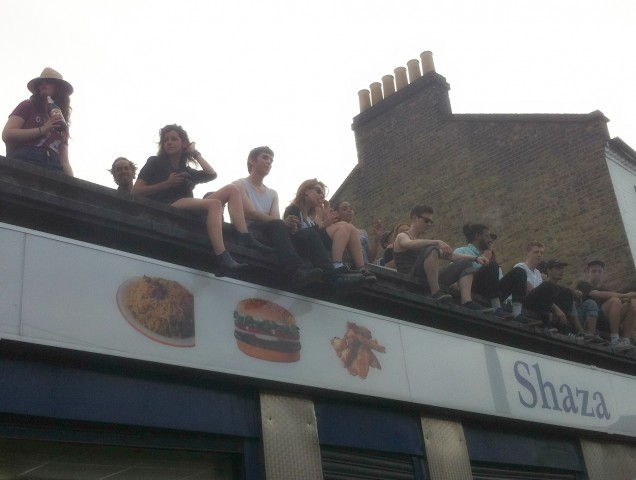 For the rest of us down below, there was only one thing to do.

Put on your 1999 garage face, join the crowds and ‘ave a little dance. 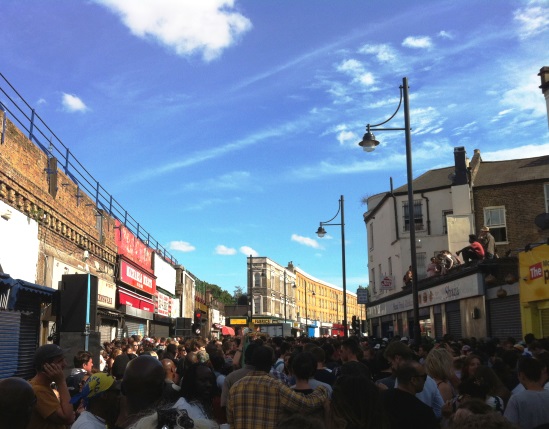 After all that drinking, dancing and bumping into old friends – a girl’s gotta eat.

This part of town’s got artisan food wrapped up, Instagrammed and served with a brioche bun these days – who’d have thought a place called “Champagne + Fromage” would one day make Brixton its home? – but this wasn’t a day for the comforting posh-nosh and BYOs of the Village.

When a community’s out in force, you’ve only got to follow your nose to find your next meal.

But the only problem with hankering after Caribbean food is that it tends to run on Caribbean time.

“When’s it going to be ready?” we asked, again and again.

The chef was adamant. 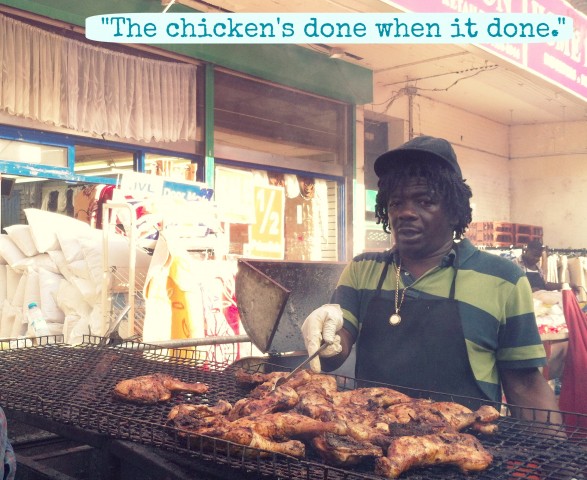 And that was the end of that.

(Trust me, if we’d had three hours to spare – it smelt like it would have been worth the wait.)

With the clock heading towards 6pm, we wondered back to Windrush Square before the soundsystems closed and the crowds started to make their way home.

And there by the Portaloos lay proof that sometimes, the excitement of the day can just be all too much for some. 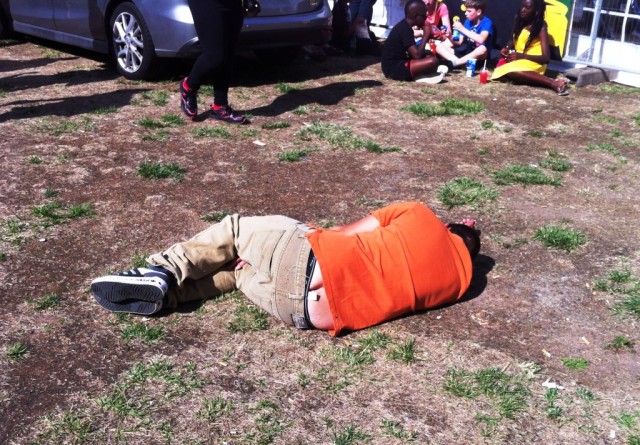 And with that, we went back to our separate sides of London to get ready for work the next day; another weekend done.

London in the summer – why would you want to be anywhere else?