Does anyone actually enjoy their commute?

Obviously no one enjoys getting up for work in the morning, no one enjoys being seated within close proximity to other humans at 8am (or any other hour of the day, come to that) and no one enjoys spending upwards of £80.90 per month on what is, essentially, a daily exercise in self restraint.

But can we agree that every commute has its flipside? For me, that’s having 45 minutes to listen or read or watch something without feeling like I should be doing something else. Or one hour to plug in and look out of the window instead of glaring at your fellow passenger – who doesn’t understand that there’s a time and a place to yell BUY BUY BUY, SELL SELL SELL into his phone and it isn’t 8.45am on the no 38 bus – and listen to some brilliant journalism, a mini documentary or some weird true stories instead.

Problem is, once you start listening to podcasts – you sort of start wishing your commute was actually longer. If that sounds like something you can live with, here’s some recommendations for your journey to and from work (and how to listen).

Host Chris Gethard gets people to call a number, then has a conversation with that person for exactly one hour. They can talk about whatever they want, entirely anonymously. The result is usually an entertaining, insightful, sometimes sad, other times pretty deep insight into someone else’s life. Try this one with a Trump supporter and the one below about a 25 year old girl whose mum has early onset Alzheimer’s.

If you’ve ever read the Modern Love column in the New York Times and liked it, or even if you haven’t and you just like listening to stories about relationships in whatever form they take. These are really lovely essays read out by a well-known person. Nice and short.

A new podcast, and probably one of my favourites. How to explain this one? Each episode is about someone wanting to change or fix something that’s been weighing on them for ages. Like, the person’s estranged from their brother, or they want a CD back from a friend (who happens to be Moby), or they need to scatter their dad’s ashes on the 18th hole of a golf course but haven’t done it and it’s been 16 years – and it’s how they work it out. It’s hard to explain, but it’s usually poignant and funny and lovely. Am I explaining this terribly? Yes, yes. I am. Just listen.

Probably the best and most well known podcast on the list, this is an hour long radio show hosted by Ira Glass. If you listen to Serial, and liked it, then hurrah! These are the women and men behind it. Each week there’s a few different real life stories based on a chosen theme. It’s really good.

Most of the time, the updates we share about our lives are small and inconsequential. This week, status updates that interrupt daily life. We hear two friends talk about how one of them has become rich and famous. And an entire town gets a status update on itself.
© 1995-2016 Ira Glass

This is “a show about the internet”. Each week, PJ Vogt and Alex Goldman investigate something weird or a strange story from the online world we all increasingly live in. One of my favourite recent ones is Episode 44: Shine on You Crazy Goldman, where PJ finds a website for people who are too high on drugs, and tries out microdosing LSD. Not typical, but a nice intro if you haven’t listened before.

This podcast focuses on honest discussions of things everyone thinks about at some point throughout the day: relationships, money, work, family issues, and features both celebrities and us normals. Usually pretty thought provoking, especially the series they did 10 years after Hurricane Katrina last summer, and this one on living alone.

A fairly new addition to the list, but I love listening to these stories about love and kindness which Lea Thau manages to present without the cringe factor that usually goes with that sort of thing. This is a good one called “Falling Slowly”.

Another favourite: this one’s all about science and big ideas, but they explore it by hearing personal stories. They recently did an end of year wrap up of their most popular episodes, so start with that. Otherwise, it’s been going for years, so there’s a huge catalogue to listen to when you’re all up to date.

It takes a little bit to get into, because the presenter usually does a bit of a story told to music at the beginning before they get into the actual thing. But even if you don’t listen to anything else, click on this episode about the bloke who found hip hop legend J Dilla’s “Lost Scrolls”. It’s amazing and if it doesn’t bring a tear to your eye on the bus, you’re dead inside.

A good short one if you’re lucky enough to only spend 20 minutes getting to work. As the name suggests, each episode tells one story with a criminal theme. I liked this recent one about an officer and his new police dog. Obviously.

I’d harbour a bet that even your most elderly relative probably knows about Serial by now. But if by some miracle you haven’t listened to the first series which investigated, week by week, the story of a teenager called Adnan who was in prison for murder (rightly or wrongly, the debate still rages), then start there. Otherwise, as you were: frantically refreshing every Thursday. 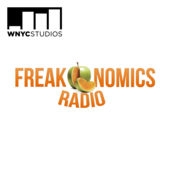 I dip in and out of this one, usually when I’ve exhausted all the others. I particularly liked their shows on education and the new one is on the gender pay gap though, and there’s a lot to choose from.

This one hasn’t released anything new for a while, but the first series is really worth listening to. It’s another one by the folk at This American Life and Radiolab, and is all about investigating our hidden (or invisible) emotions, our deepest darkest thoughts, all that good stuff. Start from the beginning, there’s about 10 episodes to catch up on. 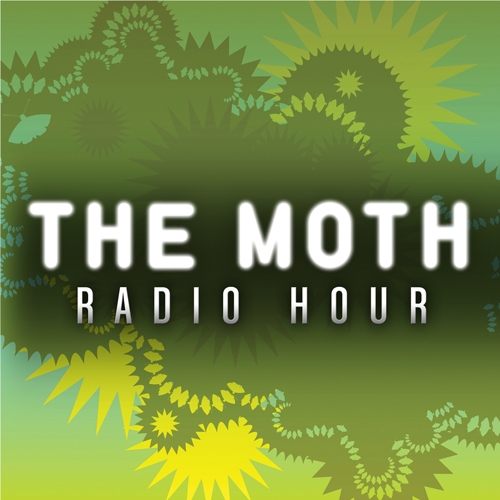 After reading the book The Moth: this is a true story, I started listening to this podcast, before seeing The Moth live at Union Chapel in Islington and having a brilliant evening. Basically, getting up in front of an audience and telling them an amazing true story in 13 minutes takes skill and guts, so that on its own has to be worth a listen. Especially good for short commutes, because you can listen to the stories in 10 minute bursts.

If you listen to podcasts on the way to work, tell me, educate me, let me know which ones.

That way, along with stories about our awful commutes, we’ll never run out of things to say at a party.