For the uninitiated, night buses are pretty much how everyone under 35 gets home after 12am.

It’s well documented that people over that age don’t leave the house after dark, or if they do, and by some huge critical error they miss the last tube, they’ll pretty much only travel in a black limousine or Uber XL and that’s just how it is.

The truth is they’re missing out, because night buses are a London institution.

A world unto themselves, everyone’s got a night bus story because they have the potential to be either the very worst or very best thing you’ve ever encountered at 3am, depending on:

1) how much you’ve had to drink

2) whether the person sitting next to you is awake, asleep, vomiting, singing, or trying to chat you up

3) whether you fancy them

Case in point, my mates Beth and Alf actually met while waiting for a night bus in Dalston. Three years on from that blissful journey they can now hold up their very own baby human as proof that the 243 to Waterloo can successfully get you home and help you tick off some life goals at the same time.

So quite frankly, cheers to that. 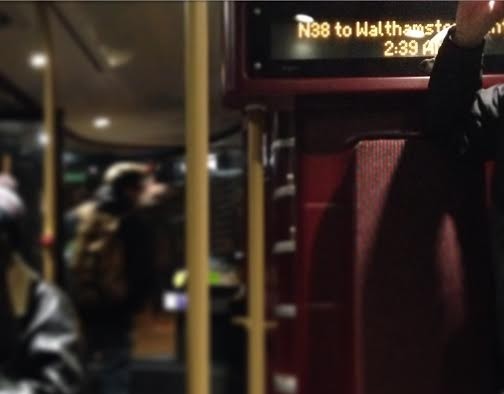 If you’re the rare type of Londoner who once lived in the north west area of Zone 5 before moving more centrally, perhaps you too can relate to a time when night buses were absolutely not the first resort.

They were the very ultimate last resort, and for good reason.

Back then, nights out in London always involved going somewhere a bit crap because you didn’t know anywhere better than Storm in Leicester Square, or Jewel in Piccadilly Circus, or even worse, Cargo in Shoreditch, but on top of that you’d always have the massive hassle of getting home to suburbia, via either

= night spent in a state of low level anxiety, alternating between power-drinking, obsessive time checking, and attempting to calculate whether you could have one more vodka before catching two tubes and the last Metropolitan line train from Baker Street at 11:54.

= brilliant idea at 2am; becomes markedly less brilliant when the club shut at 4am, leaving you and your waning enthusiasm outside Farringdon station in the cold for a two hours before boarding what would inevitably be a Sunday rail replacement bus service back to the sticks.

= half an hour of running up and down High Holborn trying to locate a black Vauxhall Zafira before your phone battery gave out, then sinking into a Magic FM induced coma on the A40 clutching a box of cold chips you weren’t allowed to eat.

And if all those failed, then there was always one final choice:

Choose this, and you’ve basically opted to spend 45 minutes searching the sky for Nelson’s Column – the drunk Londoner’s compass point in the days before the Shard  – and making your way to Trafalgar Square ready to commence a two hour hell-traverse through Stonebridge, Harlesden, Sudbury, Wembley and Harrow on the Hill.

In short, no one would choose that.

But once you live in central London it’s a different ballgame.

Play your cards right and a night bus will get you home, or at least to the next bar, with a new group of temporary party mates.

Besides, as anyone in east London will tell you, you haven’t really lived until you’ve got a story about that time the entire top deck of the N76 erupted into a Disney singalong led by a man known by his friends as “Pesky Dave”.

But in all the journeys home on the local night bus, none have ever come close to what I’m about to show you.

Because a few weeks ago, I shared my night bus home with this. 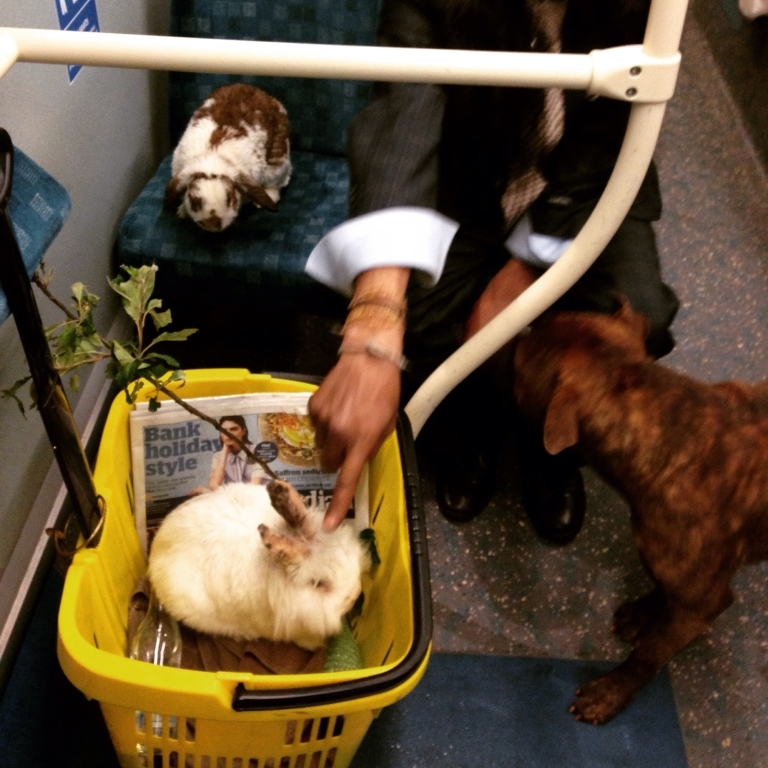 I can’t remember if this photo was before or after the dog chased the rabbit around the bottom deck of the bus at full speed, darting under seats and generally running amok. 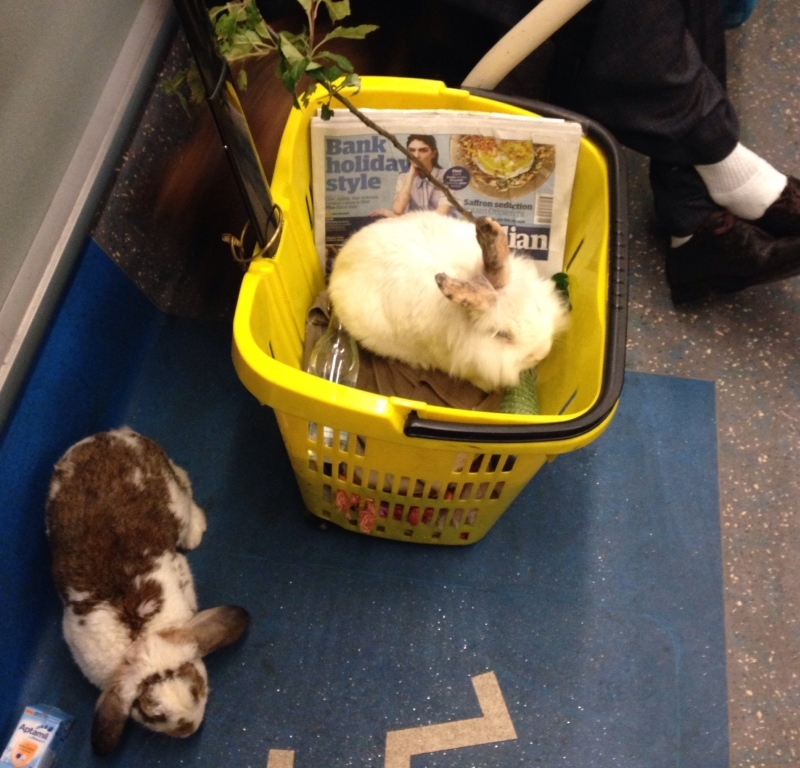 All I know is that the moment this dog and that rabbit got on the same seat will remain etched in my memory forever. 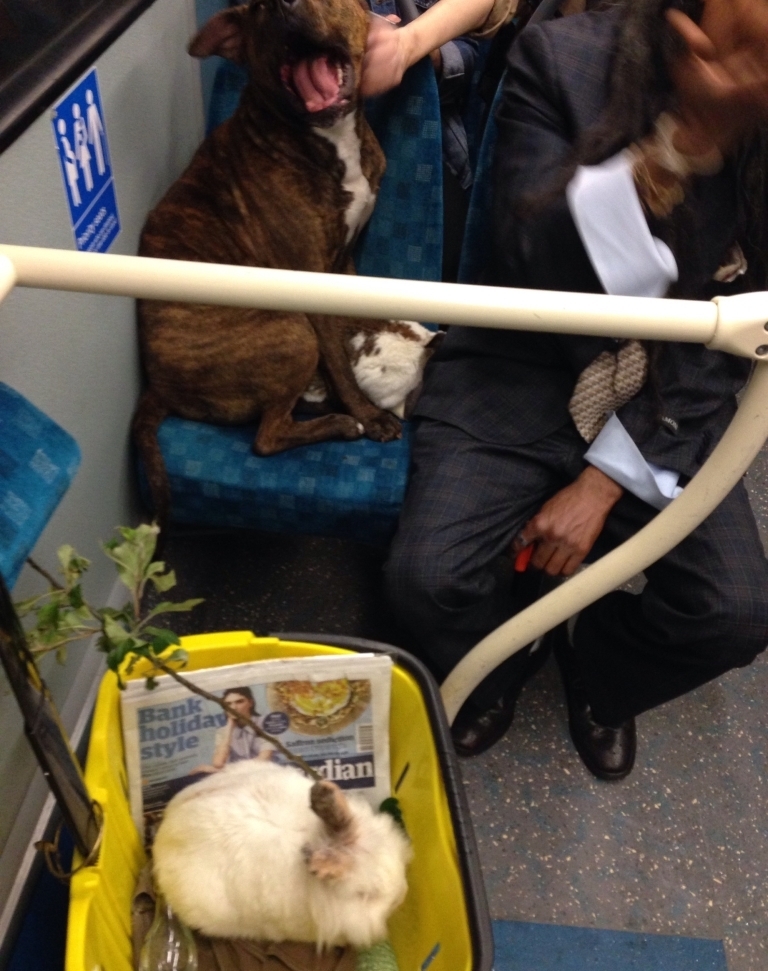 See? What did I tell you:

Seen something better? Tell me immediately. I need to know.