It’s one of those days where everyone remembers where they were.

Working from home in your baggiest t-shirt, making frequent trips to the fridge to slice off chunks of cheese; traversing three zones on blistered foot; queuing, more queuing, offering advice to passing strangers and queuing some more, then staring at the pavement from the top deck watching pedestrians walk faster than the bus you just waited 45 minutes to get on.

Last month, for one day only, London was turned inside out.

For it was a tube strike, so you absolutely, 100% definitely not on the tube. 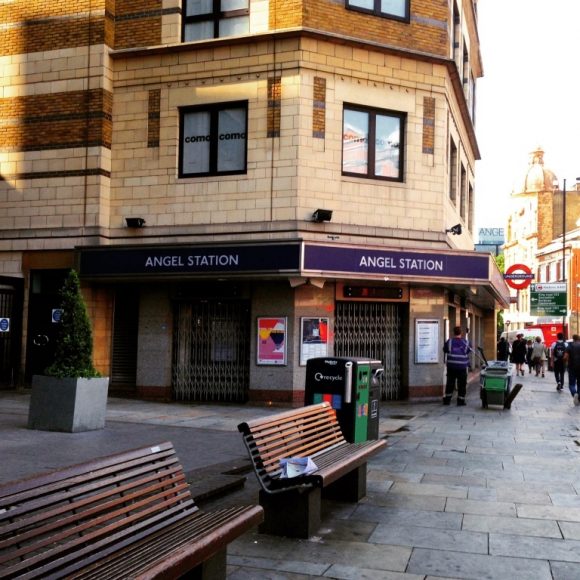 Chances are you knew where everyone else was, too.

Especially if you happened to be sitting within firing range of That Person On The Phone, loudly doing a verbal status update to the entire top deck of the 38 and their mate from south London “oh, it’s just a nightmare, yeah, I’m on the bus, no, it’s crawling, I’m on Essex Road, it’s gridlocked, well, no, well, I told them I’m going to be late, it’s just an absolute nightmare, ridiculous”.

You knew where your workmates were too, because you walked into your office kitchen to find a smattering of brave colleagues gathered around a hastily assembled camp fire, making tea and warming their hands over the flames, sharing stories from the 8am queue situation on the Liverpool Street frontline. 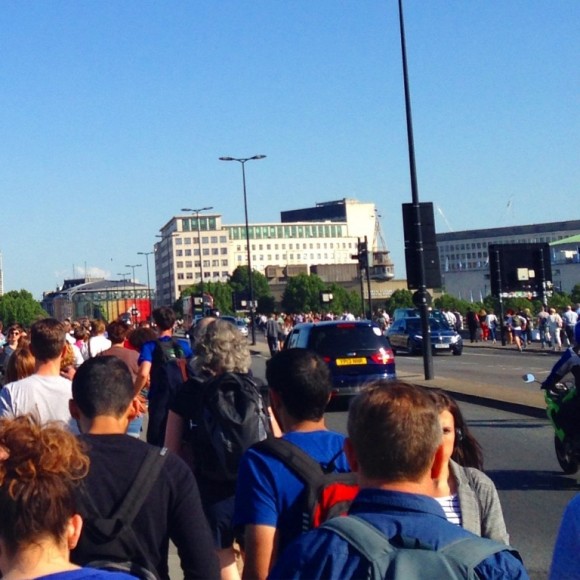 And you know what you were also doing that day, don’t you?

If you weren’t queuing or faffing, you were probably taking full advantage of the situation.

The Unaffected Few were leaving work early to “get a head start on the madness”, rocking up late because there were “delays” without so much as an email, sent, naturally, from my iPhone.

And generally going about the chaos marvelling at the people – so many people! – all of them blinking like baffled moles forced above ground, and not entirely sure what to do with the streets and bus routes and signs in their way. 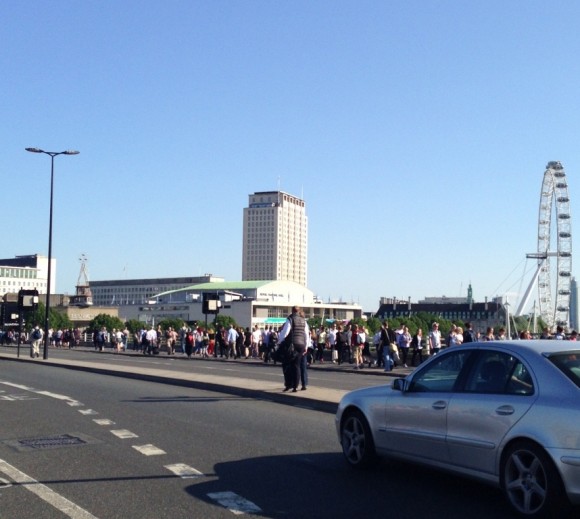 So go forth into the tube strike, and be bold!

– Realise that you could actually walk to work in the time it takes to get the bus each day, which you’d totally do if you weren’t working from home in your pajamas, eating cheese.

– Brazenly stride down the central reservation on Waterloo Bridge like it’s a goddamn pavement because mate, it’s a tube strike, you can do this shit today and no one, but no one cares.

Enjoy your day above ground, London. For soon all this chaos and the excuses it gives you will all be gone.