The first sign that everyone is about to lose their tiny minds is the increase in suggestions that you should spend your evening traipsing across a freezing park, following a slow moving herd of pushchairs, tourists and excitable Londoners (the worst kind) into a wallet-rinsing, fairy-light-twinkling, pedestrianised festive version of the M25, where you’ll pay £6.50 to drink mulled wine out of a polystyrene cup while the smell of overpriced Bratwurst wafts up your nostrils from a nearby wooden hut.

I am, of course, talking about Winter Wonderland: that annual Festive “Good” Idea which, if we’re being entirely honest with ourselves, is best experienced after no less than 18 shots of whisky, and from far, far, far away.

A helicopter, for example.

(Or better yet, France.)

It’s not so much Christmas Day itself which brings the ruckus round here, but the two weeks before.

Anyone who works centrally will be familiar with Christmaspartymageddon.

That’s the name given to any working day in the city between the 6th and 17th of December. Pubs, restaurants and bars become packed with office workers consuming their eighth unnecessary turkey dinner of the week, before trying desperately to avoid paying for drinks by standing near senior management at the pub from about 3pm onwards.

I work in Farringdon, which reached peak Christmaspartymageddon on Thursday last week. And no one, not one of us could have anticipated the fallout that followed on Friday. 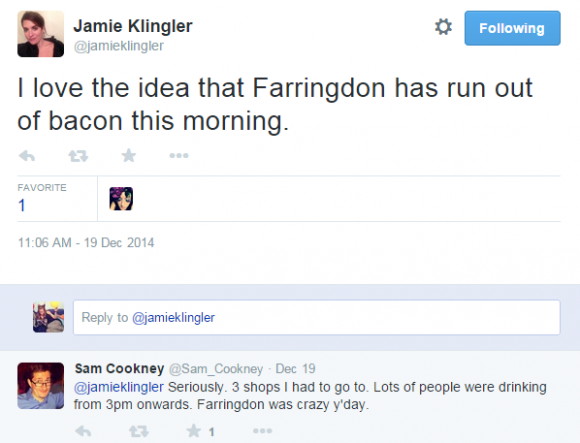 Then there’s all the lights.

People go nuts over them. Christmas lights in London are a big thing which, you know, I get because they’re pretty, and festive.

And that’s fine when it’s the normal stuff. You know, snowballs on Oxford Street, some sort of crown and twig arrangement spanning down Regent Street.

But who can forget that classic Christmas combo of headphones, sunglasses and moustaches? Oh Carnaby (Street), you are spoiling us.

In fact, make that any street or indoor complex containing shops, because every single one of them is guaranteed to propel you into a near catatonic state within seconds of walking through the door.

Even if you thought you knew what to get someone before walking in, even if it’s your last chance to get something and you absolutely have to make a purchase because otherwise Christmas will be ruined, even if you’ve got one job to do that day and it’s to go into Selfridges and buy something specific: trust me.

None of that seems to matter when you emerge onto what is basically the first, second, forth, fifth, sixth AND seventh circle of shopping hell.

What happens instead is you’ll just back away slowly, muttering “I’ll do it tomorrow. I’ll get it from Amazon. I’ll pay for Prime. Anything. But not, not this.”

But there are some good things happening too.

And then there’s people generally being nice to each other: leaving bags of food next to homeless people, or, like the William IV pub in Islington, feeding people Christmas dinner for free. 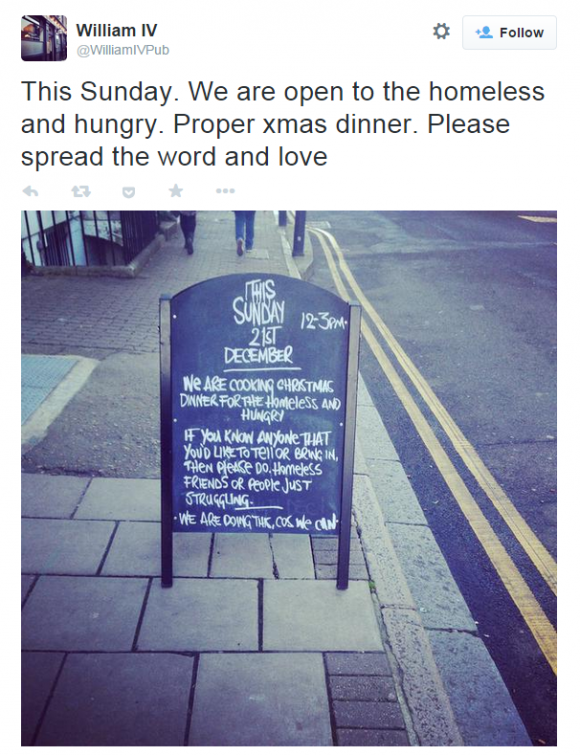 In the end, over 180 people got fed at that pub on Sunday, which is a loads better way to spend your afternoon than slowly but surely losing your mind in a crowd on Oxford Circus.

So on that happy note, this will probably be my last post of the year. Thanks for reading. Tell your friends. Better yet, send me presents.

Also, does anyone want to do my Christmas shopping for me this year?