This post first appeared on my newsletter, which I attempt to send out every week but sometimes it’s a little more than a week. You get something like this, and some links to things to read, listen to, and do in London. Sign up here.

Whenever people talk about having to ban themselves from Twitter or wean themselves off Facebook or limit their time on Instagram because it’s taking over their lives and preventing them from feeding their kids, I occasionally like to imagine that it’s 1997, I’m 13 years old and none of this technology exists.

Because 13 year old me just thinks it’s all pretty weird, like: what do you mean you can’t stop scrolling down a screen containing the thoughts of everyone you hated at school, what do you mean you’re addicted to looking at photos of your friends’ dinner and cats and children and, sorry, how many times exactly does it say you’ve watched that endlessly looping video of the sea?

What do you mean you’re anxious about missing out on – not the news, you’ve got the news, you’ve always had the news – but your mate’s mate’s cousin’s friend’s opinions on the news, why do you care what they think about what happened? Didn’t celebrities used to be the news? Why are they now telling us what they think about it? Why is your thumb moving so fast? Why do you care about the names on that list? And what the hell has happened to Johnny Depp?

Then I think, what’s the 1997 equivalent? What’s 13 year old me obsessed with? 13 year old me likes tamagotchis but they’re banned at school so she has to feed her imaginary pixel beast under the desk to avoid detection; also the Spice Girls, but she resents having to rewind the tape every time or – ugh – listen to the B-side, woe is the bloody B-side, in order to listen to Stop on repeat. And actually, come to think of it, 13 year old me has a phone which is the size and weight of a small computer, but no one to ring on it except her parents, and she can type text messages on it but not send them anywhere because SMS doesn’t exist. 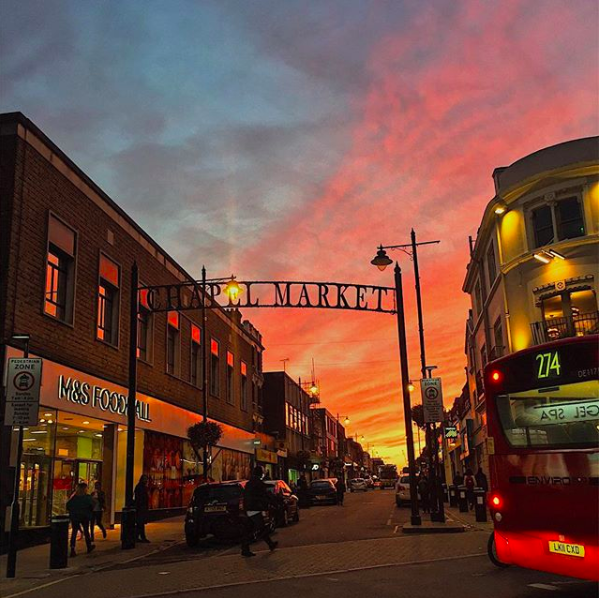 So yeah, when you zoom out a bit, this imaginary world we’re all accessing through our phones is an improvement on a lot of things, but it’s also completely and utterly ridiculous, and so maybe – just maybe – 34 year old me could do with a bit less of it too.

Which is all a pretty long winded way of saying that last week, the day after my 34th birthday, I decided to take a break from Twitter, which I’ve used almost daily for 10 years. It’s not an easy thing to switch off. Twitter has given me thoughts, ideas, viewpoints, shown me cool stuff and introduced me to nice people. But it has also grated on my ability to concentrate and be creative, and to notice what’s going on around me, in life, in my downtime, in London; to know what opinions are mine, and which are the ones I’ve read in the Imaginary Internet World.

And it’s only been a week but let me tell you: there’s a lot going on out there. I’ve seen two people fall over, I saw how the Thames was reeeeally low in the morning and reeeeeally high when I went home at night. I’ve seen people reading Big Capital, 1984, Bear Hunt, The Sparsholt Affair and Alias Grace on the tube. I’ve seen the awkward faces on the Overground when a homeless man starts doing his speech. I’ve noticed the amount of food delivery bikes parked outside the shiny offices along Liverpool Street at 7:30pm.

These sound like little insignificant things, and maybe they are. But then maybe, that’s also the point.

Sign up to the bullshit-free, semi-weekly She Loves London newsletter here.