Ice skating in London is a lovely idea.

But as we’ve established before, lots of things often seem like a good idea in this city.

Take going to Ikea, for example.

The pencils, the paper, the meatballs; a trip to Ikea carries with it a potential for greatness, yet it always ends with you going round in circles, getting ratty at the crowds, and standing in a freezing warehouse for 45 minutes queuing up to buy a pack of tea lights.

When you think about it, it’s not that dissimilar to the concept of ice skating.

As well as being two of the world’s most unlikely activities for a date, both Ikea and ice skating involve going round in circles, getting a bit cold, and occasionally going past someone who’s crumpled on the floor, clutching their head and crying for it all to end.

The only difference is that ice skating tends to happen in far prettier surroundings.

You hardly ever do, because, well, that’s an effort.

But you always walk past the Natural History Museum, Somerset House and Winter Wonderland thinking how London-y, romantic-y and Christmassy it all looks.

“We should go ice skating” you say, looking wistfully at the fairy lights, carousels and happy little faces whizzing round.

Then the First Mulled Wine of the Season wafts up your nostrils, and you go to the pub instead because you don’t need tickets for that, and it’s warmer.

This carries on every year until one day, a Christmas miracle / PR blogger outreach campaign happens and you get to go… for free.

So last Thursday, Jenny and I and went to the Natural History Museum’s ice rink to skate about like pros, have a good catch up and get our booze on, with the added bonus of watching people on first dates fall flat on their arses.

(I can confirm they do not)

b) if ice skating really was like going to Ikea.

So without further ado, onwards! To the bright blue skates!

Our session started at 7pm.

Although the ticket said to get there 40 minutes early, we thought that sounded a bit excessive.

So we arrived four minutes early instead and spent three minutes swapping our shoes for a pair of the most dangerous boots on the planet, and another ten minutes trying to get them on our feet.

In conclusion, you should indeed arrive 40 minutes early and please do mind your toes in that boot room.

We finally waddled onto the ice in our dangerboots, where we were immediately SET UPON BY A TIDAL WAVE OF COUPLES

There were lots of dates going on, but they muddled in with the children, friends, lone adults and tourists; some of whom were negotiating the ice slightly more successfully than others.

In fact, once you got the hang of it, it didn’t take long to realise that skating at the Natural History Museum was loads better than Ikea.

And these days it’s hard to have a catch up with your mate without an iPhone lighting up, showing off and distracting the conversation like an attention seeking child.

On an ice rink, however, everyone’s either concentrating on staying upright, or having a laugh with their mates. No one cares about blummin’ stupid Facebook.

In fact, every so often you hear a satisfying “kerrr-thump” and see someone who obviously tried to check Facebook being carted off by the St John’s Ambulance, which, in my view, is exactly what should happen. 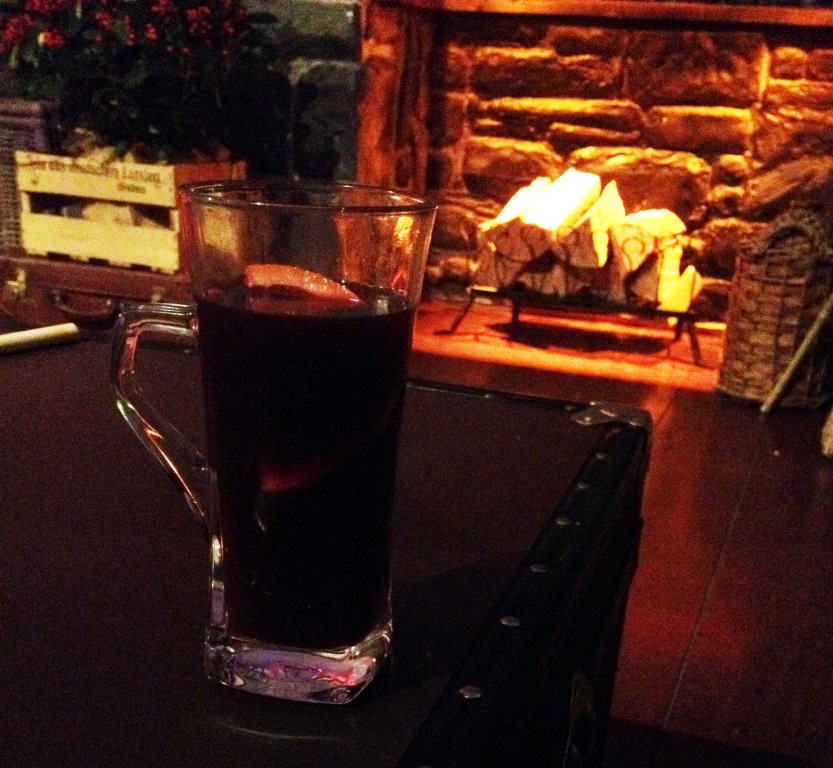 After the session ended, we went upstairs to the ski lodge bar.

Mulled wine is to ski lodges what meatballs are to Ikea, so there was only one thing we were ever going to be ordering in this place.

And happily, while we warmed up and wondered what the completely hammered lone drunk bloke on the sofa opposite us was going to do next, Mumford and Sons came on to play a little accoustic set.

Alright, it wasn’t Mumford and Sons.

But they had guitars and were singing, so you get what I mean. 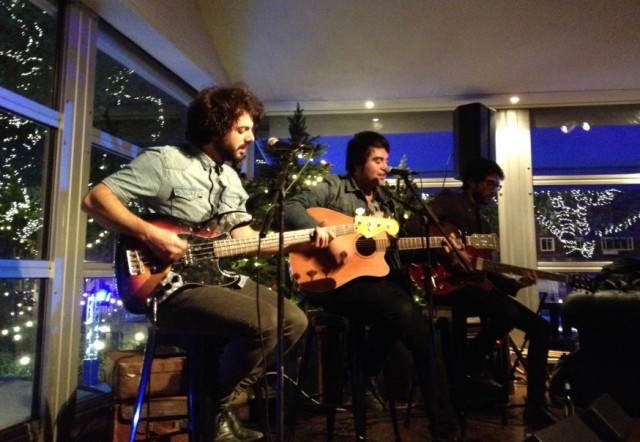 After that, it was pretty much time to go home.

As we walked to the tube station after a very nice evening, I decided that ice skating at the Natural History Museum was one of those rare things that seems like a good idea in theory, and is actually a good idea in practice as well.

It wasn’t like shopping for furniture at a Scandinavian homeware store at all.

So if you’re going this winter, I’d advise you to take a good mate with lots to say, or a bad one who spends too much time on their phone.

Either way, you’ll have a much better time than you would at Ikea.

What do you prefer, ice skating or Ikea?

(You don’t really need to answer that but they say you should always finish a blog post with a question. So I did.)