In October I went to Reykjavik.

It wasn’t meant to happen.

I was travelling on my own, and planned to go straight to see my mate in Boston, then over to New York. But then I found out I could get a free stopover if I went via Iceland on the way, so I thought, why not?

Then I didn’t give it much more thought until the flight, where the general theme seemed to be don’t you dare turn up in our country without knowing some basic phrases. 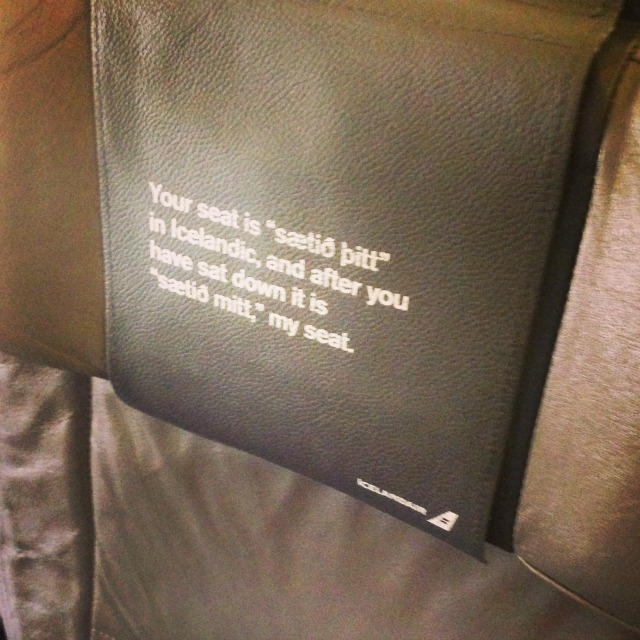 I’m not big on reading about places before I get there.

This is mostly because I’m lazy, but also because I enjoy the element of surprise when you turn up and don’t know where your hotel is. Or in the case of Iceland, where anything is.

As such, I didn’t really know what to expect.

But I had a sneaking suspicion my trip might involve three things:

3) sustained periods of hunger, because sitting in a hotel room rationing out mini bar peanuts would arguably be less of an ordeal than walking into a restaurant and mustering the words “table for one”.

Happily, none of these things happened.

Instead, I found myself in a country with 80,000 horses, 328,000 people, a lot less ice than the name would suggest, hot water coming straight out of the ground – literally, see above – and an anti-incest app so locals can check if the person they’re flirting with is actually their sister.

Oh, and I also found  “meat soup” on the menu, which, despite its ambiguous name, is deliciously comforting when eaten in any situation, but particularly when hungry, tired and on your own.

In some ways, it was even better than London. And this is why.

The locals are unfathomably friendly.

The more I travel, the more I realise that the best way to spot Londoners abroad is to look for the people walking round slack jawed and wide eyed with amazement, frantically mouthing “but everyone here is just so nice!” to each other.

You never hear tourists saying that in London, which has led me to conclude that Londoners are probably friendly to other Londoners, and the rest, well… they all sort of just walk too slowly and get in the way.

In Iceland, no one’s annoyed at you when you get in the way. They are polite. And welcoming. And patient.

For example, not one person pushed this man into a puddle for using his iPad as a camera. Not one. 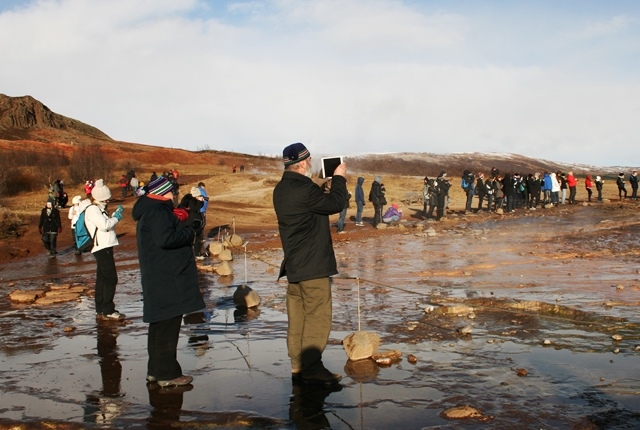 Even lost property is carefully looked after.

In London, lost gloves get kicked about, shoved on a wall and then eaten by a team of fiercely howling pit bulls in Dagenham.

In Reykjavik, lost gloves get collected together, put next to the other lost gloves and signed up for a speed dating initiative. 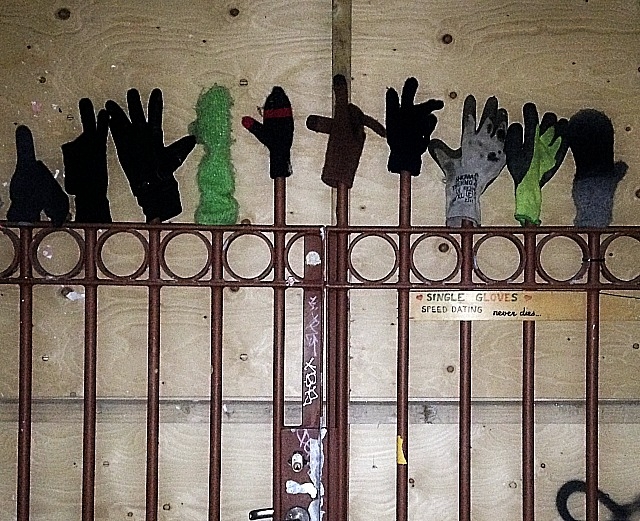 Then there are all the horses.

Like I said, there are 80,000 of the little scamps milling about the place, and all of them seem extraordinarily happy with their lot.

Icelandic horses don’t muck about; there’s none of this plodding, lazy, oh-do-we-have-to mentality you get in the riding schools at home. If anything, this lot are massive overachievers.

Not content with walk, trot, canter and gallop, Icelandic horses came up with a couple more gaits to keep themselves occupied, like “tölt” and “pace”. This makes them the most comfortable things to sit on this side of IKEA.

And in Iceland, you guessed it, the horses just want to share a bit of love, too. 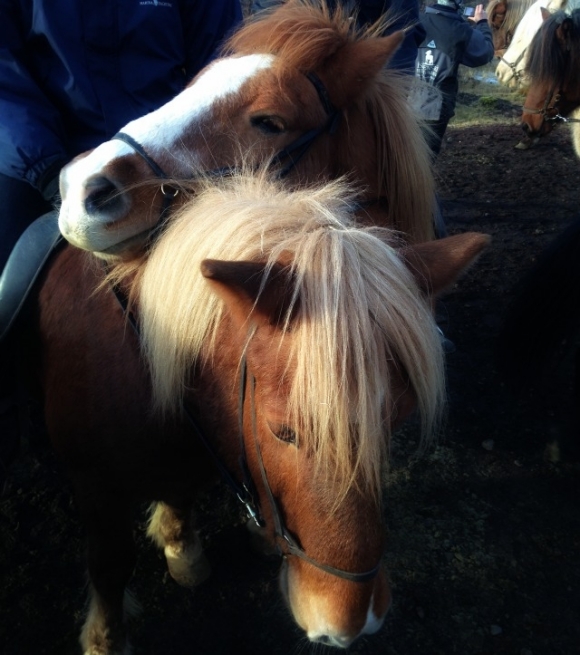 If you’re not into horses, there’s always the swimming pools.

With all the hot water steaming about underground, Iceland’s pretty big on outdoor swimming.

From what I gathered it’s less about actual swimming and more lying around in hot water having a chat, which pretty much sounds like something my dad – who also enjoys “swimming”, where “swimming” means “doing laps of the jacuzzi.” – could probably get on board with.

Anyway, one of Iceland’s most celebrated geothermal pools is the Blue Lagoon, which has a constant temperature of around 37-39 degrees all year round.

It’s also full of minerals which you can slather on your face and wallow about in for hours while the sky goes “watch me now!” and does nice colours. 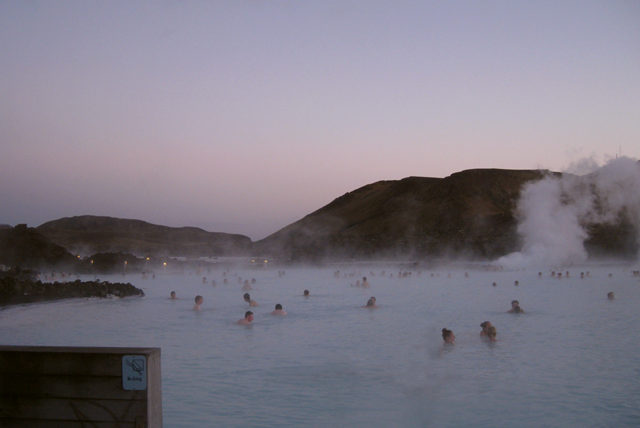 Of course, we’ve got outdoor pools in London too.

Except here we call them “lidos” or “ponds”, and generally, they come with medical warnings against disease and hypothermia.

Observe the  helpful information on the website of London’s most celebrated  ponds, Hampstead Heath. 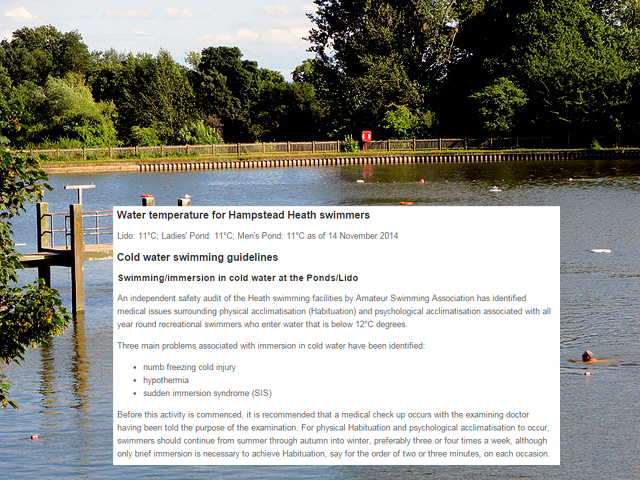 Finally, I think you can tell a lot about a country from the signs in its airport.

For example, Sydney Airport is covered in signs reminding people not to crack hilarious jokes about the bombs they don’t have in their luggage.

Boston Airport – and in fact any airport in America – has signs warning you not to do anything except look like a white, Caucasian male in possession of a US passport, and in London most of the signs just tell you where you can and can’t queue.

Over in Keflavík, Iceland’s International Airport, their main concern is that people just won’t want to go home. 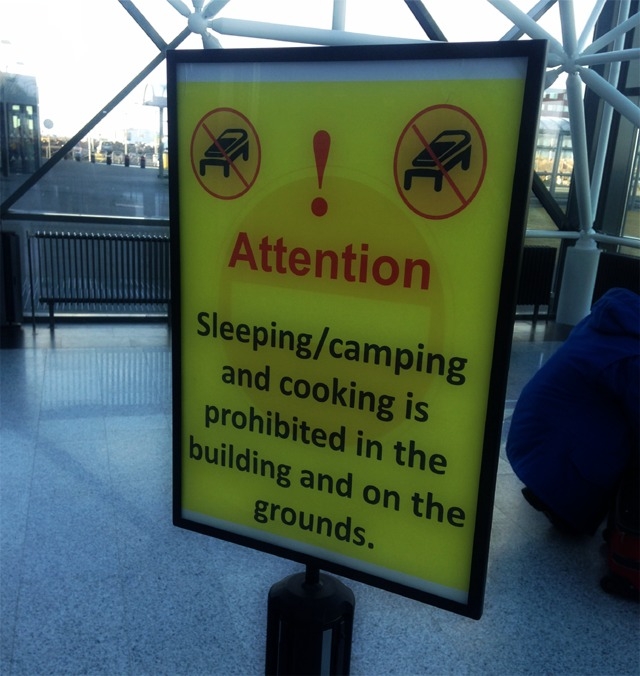 And after two days in this excellent country, I don’t entirely blame them.