Weird stuff happens all the time in London.

You sort of get used to it.

A lot of the time you just don’t really take much notice – you might give it a second glance, make a mental note to tell your colleagues, draft a tweet.

But such is the volume of weird stuff that by the time you get into work or open up your Facebook or Twitter account to tell the world about the weird or annoying stuff you’ve seen, something else has come up, or a tube line has gone down, and the man with a box on his head just doesn’t seem that important any more.

But today, lots of Londoners saw a man being walked like a dog along the street. And collectively, everyone just went… 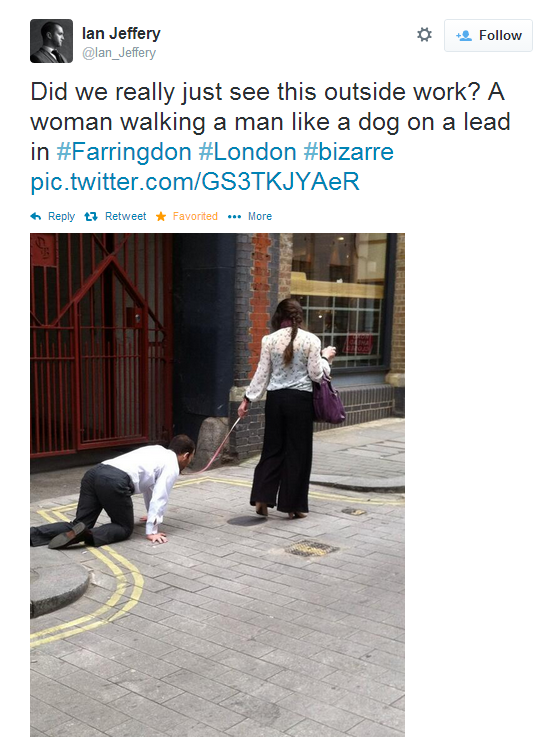 On the grand London Weird Stuff scale of things, this was rating pretty high.

So much so that Journalists from all the big newspapers have been busily carrying out relentless investigations to find out who the man is, and why he’s being led around Farringdon on a lead. 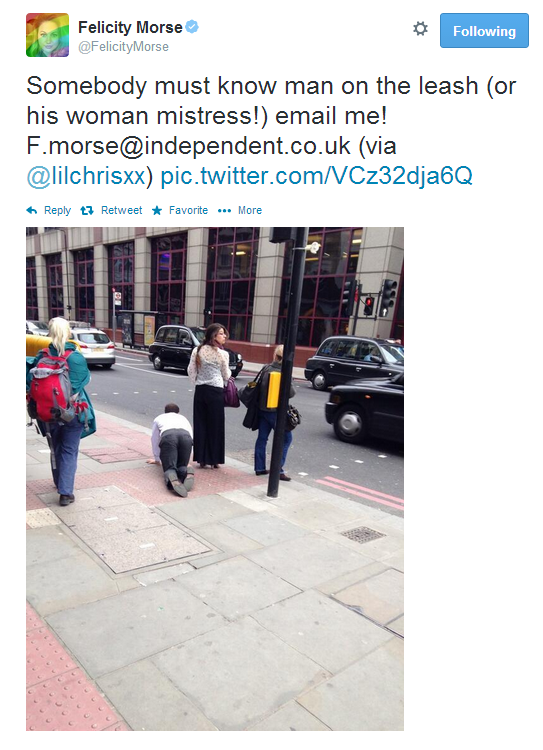 At time of writing, no one knows the full  story behind it. The city is temporarily baffled, stunned and confused by the man on a lead.

But one thing’s for sure – this is London, which means everyone who cares now will have forgotten about it by the time they get to the pub at 5pm.

And thank god for that.

Have a good one all, and good luck to everyone who will also be crawling to work on Monday after running the London marathon.

Update: The Dog Man of Farringdon Mystery has been solved.

Reaction: no one really cares.

Want this sort of stuff by e-mail? Subscribe here.