Last week this bloke got in touch over email with a rather cryptic request, asking whether he could send me something in the post.

And because most of the post that arrives at my flat consists of BT bills, takeaway menus or a previous resident’s NHS test results, I was all “yeah, alright then – make my day”, even though it could have ended up being a lunchbox full of mould or something.

A few days later, this huge envelope arrives with a poster inside, and a hashtag printed at the bottom: #lookforlonger. It takes about half an hour of head scratching and going “I DON’T GET IT, WHAT THE HELL, COOL PIC THOUGH TOTALLY PUTTING IT UP IN MY ROOM” before it clicks: everything on the picture represents London tube stations. 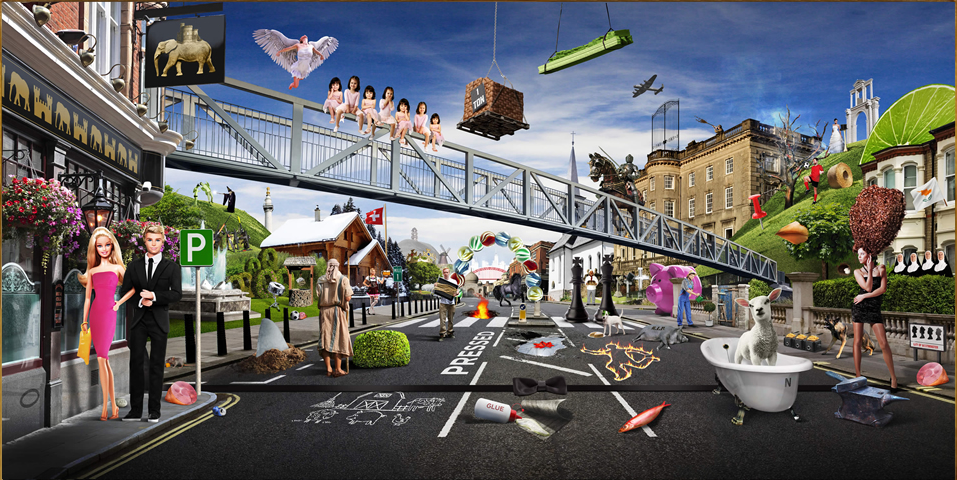 Anyway, it transpired this week that it’s all part of a rather clever marketing campaign promoting procrastination in the workplace (ok CBS Outdoor but whatever) – and you’ll probably see this very poster at Embankment and other tube stations around London.

It’s also online as an incredibly addictive “spot the tube station” game which you can play here:

My score currently stands at 50.

Have a go. How many can you spot?