In February, me and my housemate went to Iceland.

It was the weekend after Valentine’s Day, so naturally our trip had all the hallmarks of your average romantic break: music so loud you can’t hear the other person speak, copious amounts of duty free rum, an inability to get out of bed before 1pm, and fancy dinners including a 3am trip to Subway and an incident we will only refer to as “milk pasta”, which involved an unsuccessful attempt at using mozzarella to make cheese sauce.

Luckily we weren’t in Iceland for the food, we were there because at some point in December, Sonar Reykjavik drifted onto my radar in the midst of a coma brought on by Christmas excess and one too many episodes of Monkey Life on freeview.

It’s in these vulnerable, sofa-bound moments when the urge to travel usually gets me, and this time was no exception. I’ve wanted to go to Sonar for years – the Barcelona version has a reputation as being one of the world’s best festivals for music, technology and creativity – and Iceland is one of the best countries ever, so pairing the two could only ever go to go one way.

Four days of roadtrips and raving? Off. We. Go.

If, like me this is pretty much your ideal holiday, let’s be friends. And here’s some stuff you might want to know before you get there. 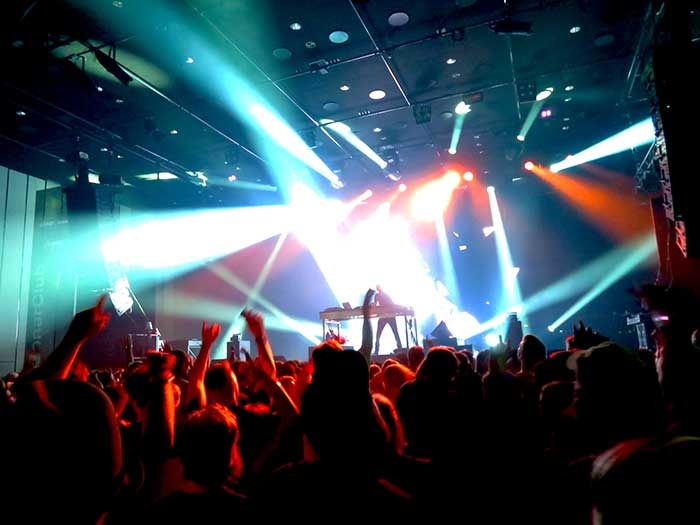 1. As far as music festivals go, this one is tiny

You’ll be one of 3,500 people, most of whom are Icelandic, very excited, and have the sort of exquisite Nordic cheekbones you only find on people who survive without daylight for half of the year.

2. It all happens in one big venue by Reykjavik harbour

Everything goes down across four stages in the Harpa Concert Hall, which they helpfully cover with flashing lights so even if you’re drunk you know where to go.

3. Keflavik airport is the best place to stock up on booze

Iceland has a pretty weird history with alcohol. Beer was actually banned until 1989 – and even though these days Reykjavik goes pretty hard on the partying front (the bars will deffo still be going well after the festival closes at 3am) you can’t buy booze in supermarkets. Vínbúðin (literally “wine shop”) is the only place you can buy booze in Reykjavik, but you won’t find any special offers and the opening hours are limited. So do your booze shop at the airport – it’s cheaper, and easier than trying to get some when you’ve just arrived and want to get the pre-game started.

4. No, there isn’t any camping involved – it’s February are you mad

Accommodation will probably be your biggest expense – but the good news is that Reykjavik’s a pretty small city, which means it’s hard not to be within stumbling distance of Harpa wherever you end up. We found an Airbnb about 10 minutes away (around £78 per night – one of the cheapest I found) and it was the cosiest, loveliest, warmest little back-garden out-house ever. This also means you don’t have to eat out every night, which saves £ and means you can schedule regular disco naps between meals.

5. You won’t have to spend ages trekking between stages

Because the whole festival is spread across four different rooms in Harpa, you won’t spend an hour schlepping between stages only to find that you’ve missed half the set because you got stuck in a crowd, lost your mate, had to dig your welly out of the mud and then couldn’t get anywhere near the stage because it was full. There’s even escalators between floors if you’re struggling with the concept of stairs, which, by the third night, you probably will be. 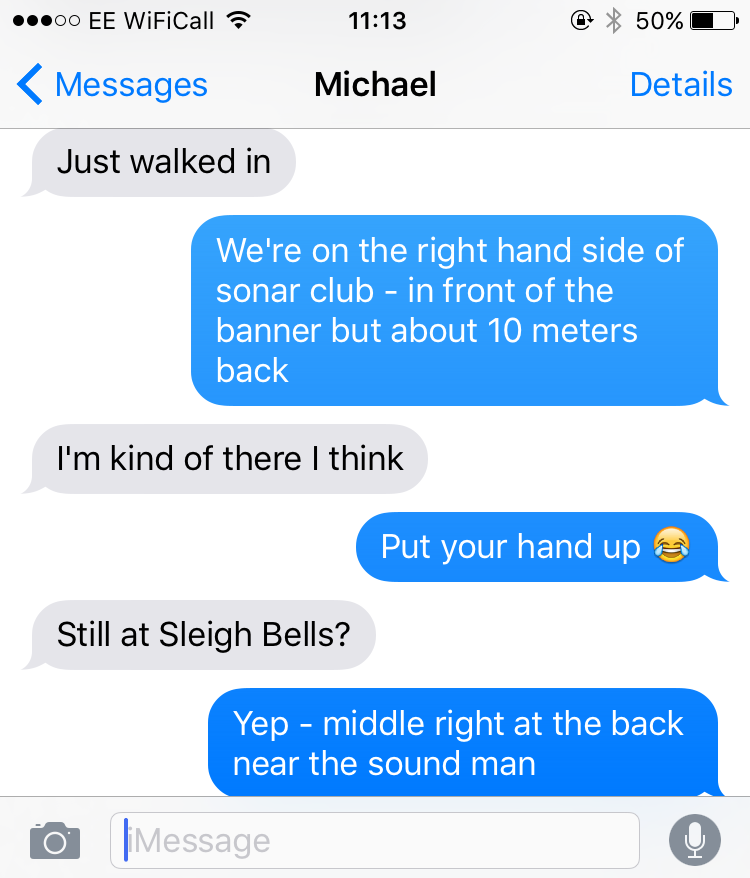 7. You won’t have to queue for the bar

Even compared to London, alcohol is expensive in Iceland – and by that I mean you’ll be paying around £7-8 for a can of beer and more for a glass of wine in Harpa. On the flip side, not many people really seemed to be going hard on the booze front, so at least you won’t have to queue to get it. From the second night onward we took advantage of the non-existent bag searches and brought in our own sneaky supplies of rum. No one seemed to mind. We saved money. Job done.

Just in case you were wondering. Which you definitely were.

Iceland’s music scene is banging anyway, and the headliners were all bonafide pros (De La Soul, Moderat, Fat Boy Slim in 2017), but probably the nicest surprise was finding myself going nuts to acts I’d never even heard of before Sonar. In fact, I would now absolutely make a beeline for any of the following if I saw them on a line-up: Sleigh Bells, Gus Gus, FM Belfast, Kerr Wilson, Dillalude, and a woman whose name I can’t pronounce but will always remember for her sparkly mermaid dress.

10. If you manage to get out of bed, you can spend the day doing roadtrips

The festival doesn’t kick off until about 9pm each night, which means theoretically you’ve got the day time to actually go and see more of this ridiculously good looking country. I say theoretically, because there’s no way in hell we were getting out of bed for a 8am tour bus and neither will you. So instead we rented a car (Sonar festival ticket holders get a discount) and took ourselves out to thermal spas and the black sand beaches of Vik on the south coast at our own pace. Warning: if you’re feeling fragile, an encounter with an Icelandic horse might legitimately send you over the edge.

11. And if you can’t be bothered to move, Reykjavik has excellent cafes

Between the hot dogs and soup served in bread, Reykjavik pretty much has your morning-after-the-night-before munch covered. Special mention to our mid-afternoon chill spot of choice, Sandholt Bakery: to me, you are perfect.

12. But PSA: thermal spas are A+ at curing hangovers

Most people are all over the Blue Lagoon, which is a very nice place to spend a few hours on your way to or from the airport if it’s not fully booked. But if planning ahead isn’t your strong point then don’t worry, it’s ok, because if there’s one thing Iceland goes completely mental for, it’s swimming pools. So instead we went off to the Secret Lagoon, which isn’t that secret but was a very nice, chilled, slightly quieter (definitely cheaper) alternative. And after a night of jumping about to techno in an underground car park, a steaming hot, open air bath is exactly what you need. 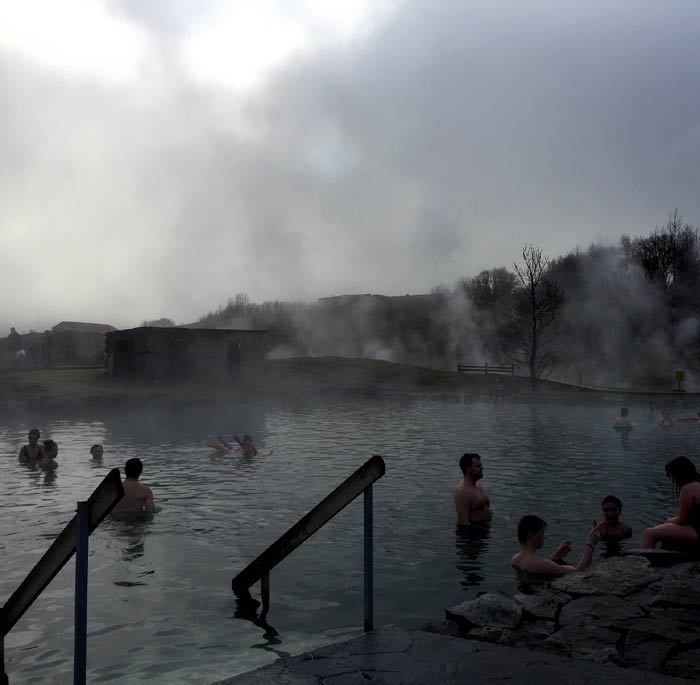 13. You’ve got a good chance of seeing the Northern Lights

Yeah, the big one: February is peak Aurora Borealis time in Iceland. You’ll be at the festival Thursday, Friday and Saturday night, so the best idea is to stay until Monday, then that leaves Sunday night to cross your fingers for good weather and a clear sky. The trick is not to book your tour until you get there, or you could end up paying to see nish all. If all else fails and you happen to be there when it’s cloudy and rainy all week like us, you can make do with staring in wonder at the other pretty lights: of which – I can assure you – there will be plenty. 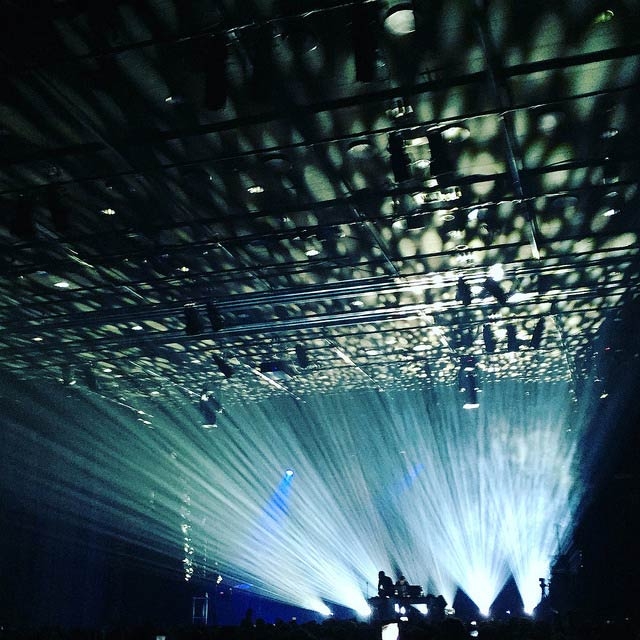 And if that doesn’t convince you: seriously. Look at this place. Look. At. It.

Iceland, I’ll be back. You’re ridiculous.