The XX were pretty much the soundtrack to some travelling I did back in 2010. Their first album had just been released a few months into my trip, and it accompanied me on a lot of long drives through the mountains of New Zealand.

Two years later, with their follow up Coexist ringing in my ears, an e-newsletter dropped into my inbox with a code for advance tickets to their upcoming series of gigs around the UK.

One of my favourite music venues in London: Brixton Academy. 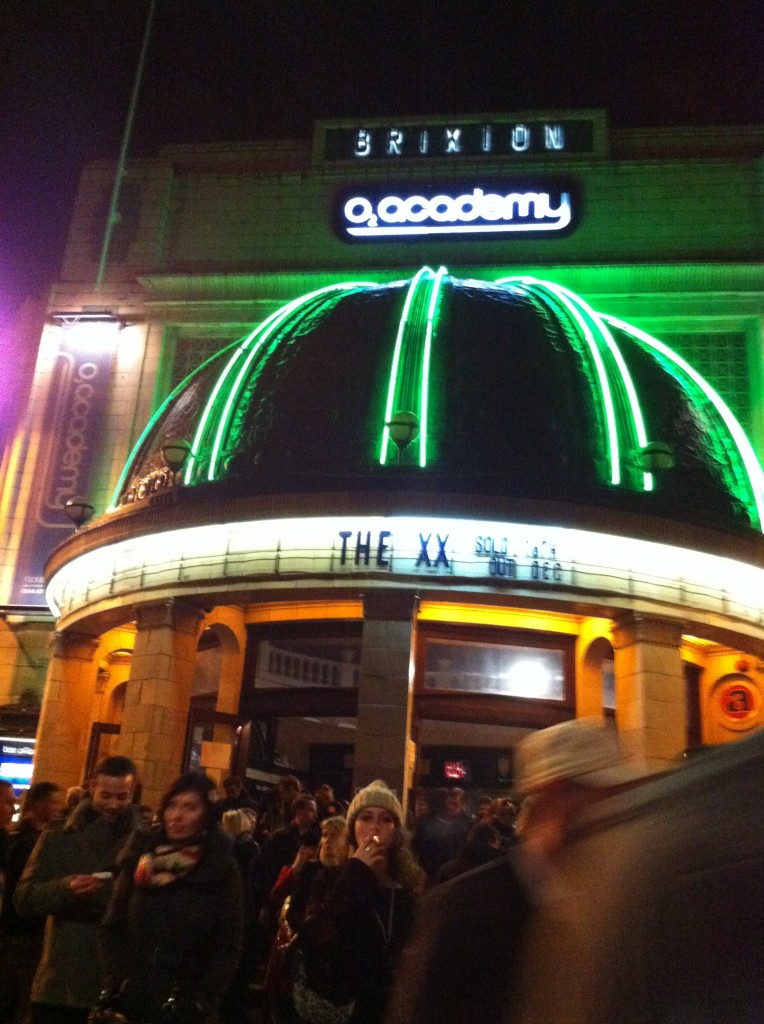 It’s difficult to know what a band like the XX will be like live. They’re fairly chilled and it was a Sunday night, too, which is bound to bring the mood down a bit – so I wasn’t really sure what to expect.

Still, you know the venue’s going to be good; Brixton’s got that old skool rave vibe about it. The slanted floor gives everyone a shot at seeing the stage and the green neon dome out the front acts like a beacon to some of the biggest names in music who regularly name it as their favourite place to play.

But with The XX’s music lounging just above the chillout mark, I wondered what they’d pull out of the bag to keep everyone interested in songs we’d heard hundreds of times before.

I needn’t have worried. After support acts Mmoths and John Talabot did their thing, The XX performed one of the most visually stunning sets I’ve ever seen. 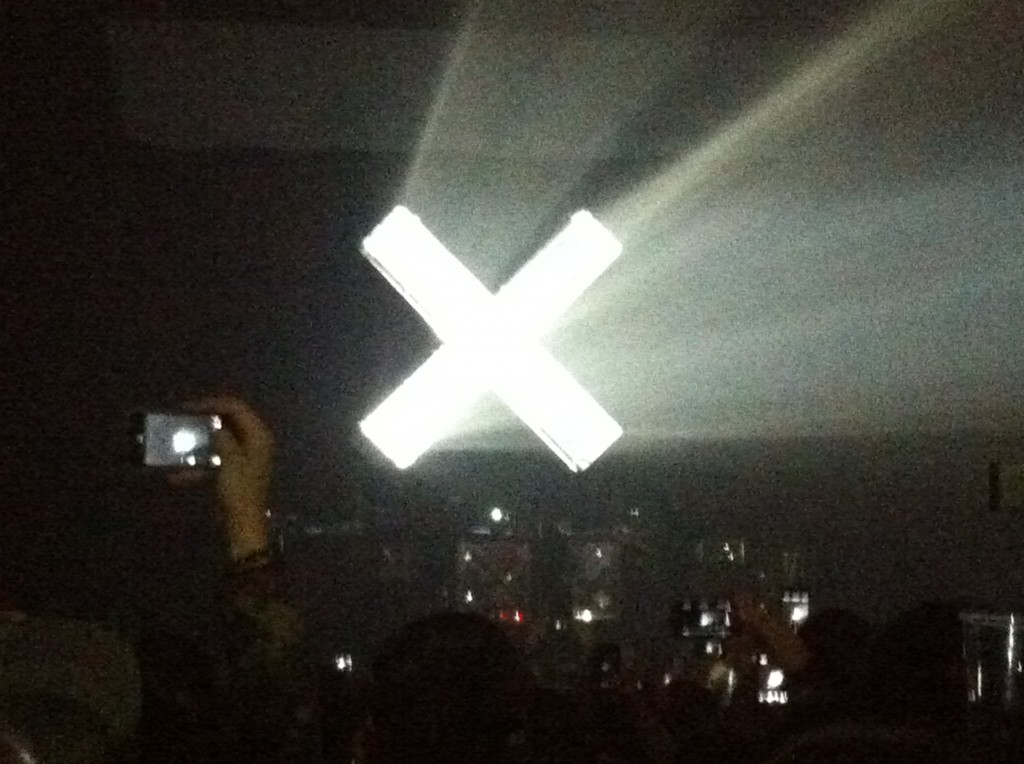 From the 3D hologram floating out across the sold out crowd at the start, to the curtain falling with the drop of Angels and – of course – that huge X which revealed itself slowly near the end, even before we get to the music they had everyone pretty much entranced with the pretty lights.

Musically, it goes without saying that Romy Madley-Croft is in possession of one of the loveliest speaking and singing voices a girl could have, while Jamie Smith’s remixes make up a chunk of my favourite tunes from this and last year. So, I’m biased. Clearly they could have spent their set blowing raspberries down the mic and I’d still be gushing.

But luckily they didn’t, they played through both albums with the bass rumbling right into my chest everywhere it should (I’m looking at you, Fantasy and Islands) – including an inspired little garage mix of Chained with Movin’ Too Fast, Another Groove and The Streets tinkering away underneath; all of which cemented my view that the members of the XX and I should probably be friends.

So in addition to thanking the XX for an bloody lovely Sunday night, I’d also like to thank:

1. The really, really tall bloke who moved out of everyone’s way half way through (eliciting an audible cheer from at least five people around me)

2. The person who’d already flooded the girl’s toilet with vomit by 8:30pm,

3. Brixton Academy for consistently being the venue where the magic happens.

If you went, let me know what you thought.