On Sunday I volunteered at Open House London.

If you’re not familiar, Open House is a yearly event that most Londoners usually hear about three weeks after it happens. At which point, they’re like “oh god, yeah! I always mean to go to that, is it good?” and you’re like “well it’s meant to be, but I don’t know because I always forget it’s on” and then you both agree to go next year and, that, my friends, is generally the end of that.

But weirdly a lot of people do remember it’s happening without having to tie themselves to volunteering and thus signing up for weekly e-mails that effectively say, and I’m paraphrasing here, YOU HAVE COMMITTED TO SOMETHING, YOU FLAKY BASTARD: DO NOT FORGET TO TURN UP. In fact, not only do people remember, but they arrive outside the Gherkin at 5am on a Sunday and form an orderly queue.

And by far the best thing about volunteering – apart from getting to skip the queues, having lots of people be very nice and polite and smiley to you for three hours, and being mistaken for someone who could answer questions like “what are the three crowns on the company’s crest symbolic of?” and “how did they light the rooms in here before electricity?” – was that I got to have a nose around Draper’s Hall before everyone else arrived. 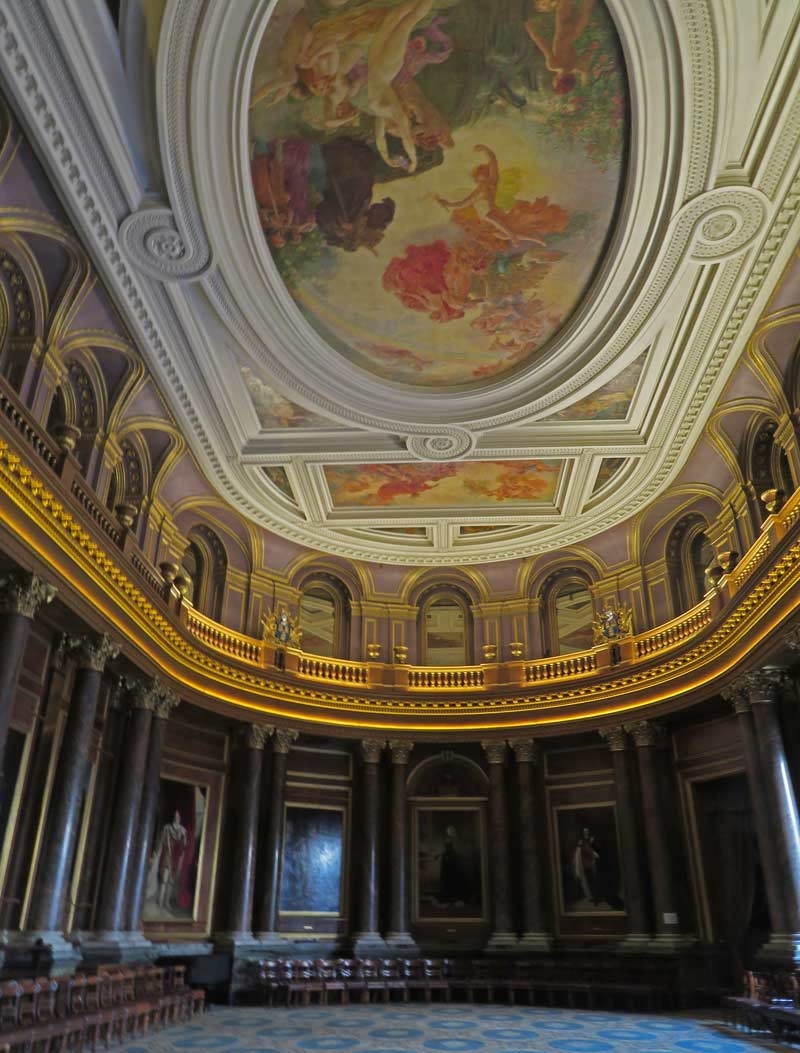 Much like myself, Draper’s Hall had just undergone its yearly wash and was looking absolutely banging. 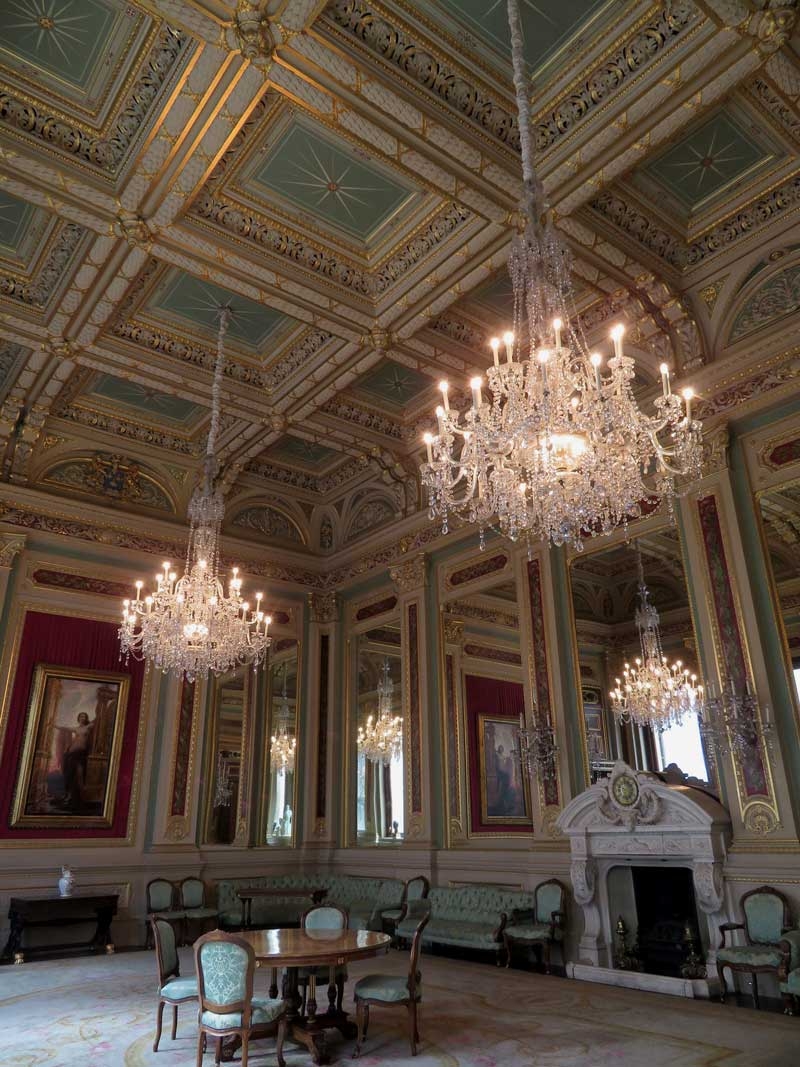 After my shift ended and I’d been fed (seriously, big up Draper’s Hall – that lunch was A+) I set out to visit as many buildings as possible, with the side aim of seeing how many people I could irritate by brandishing my volunteer’s priority badge and walking past them to the front of the queue (answer: at least 4).

I started small, with St Boltoph’s in Aldgate. 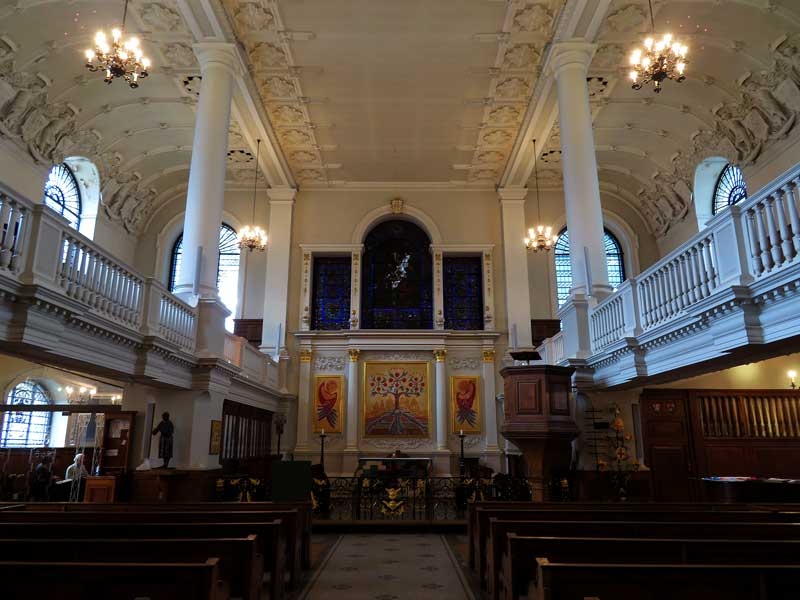 Then headed down to Lower Thames Street to Custom House. 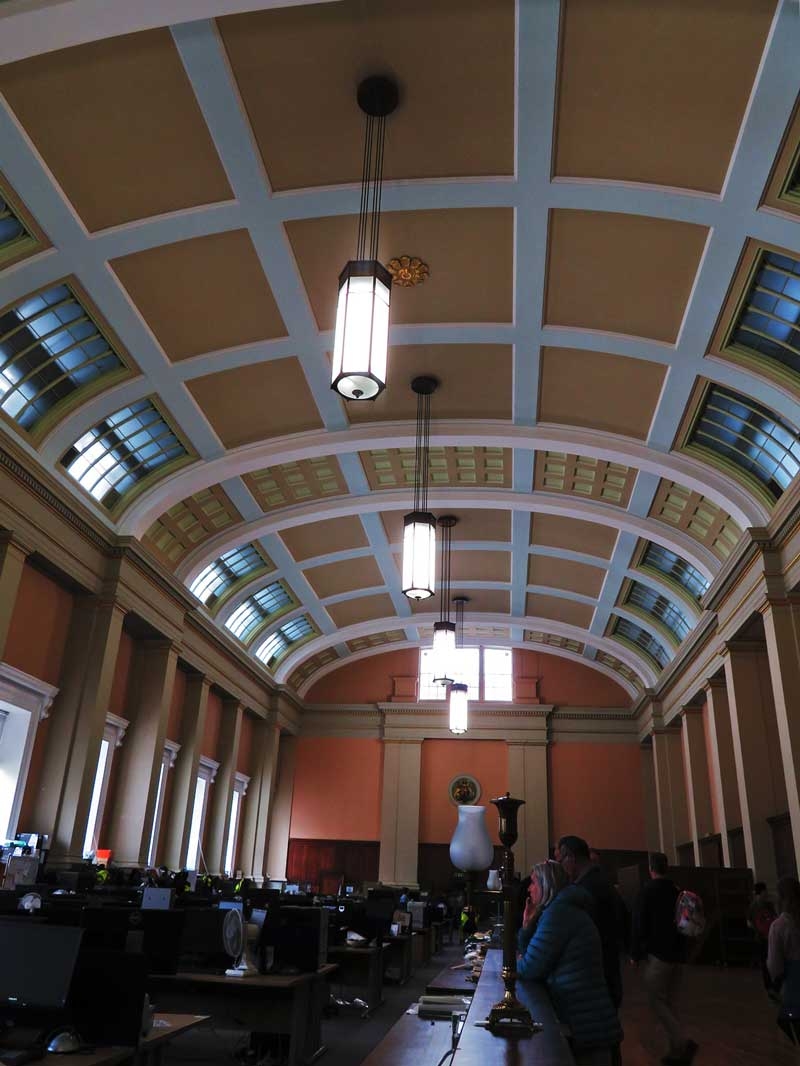 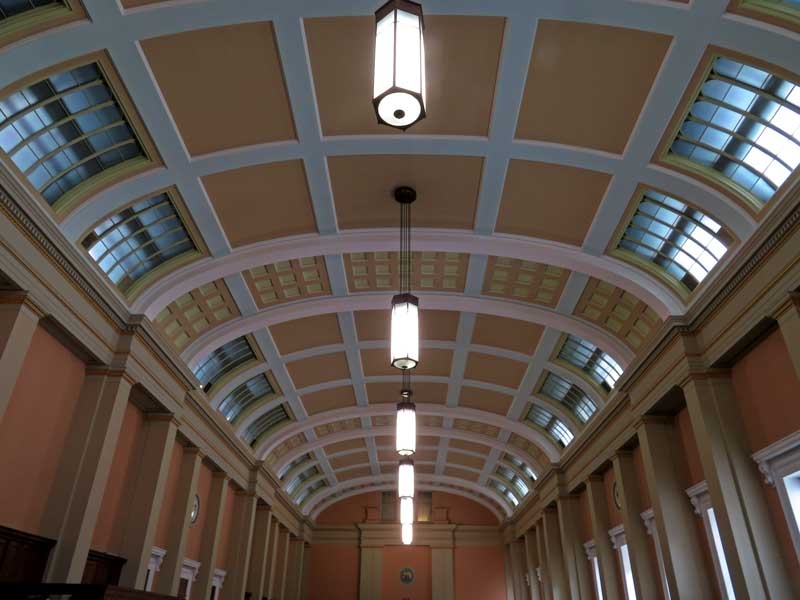 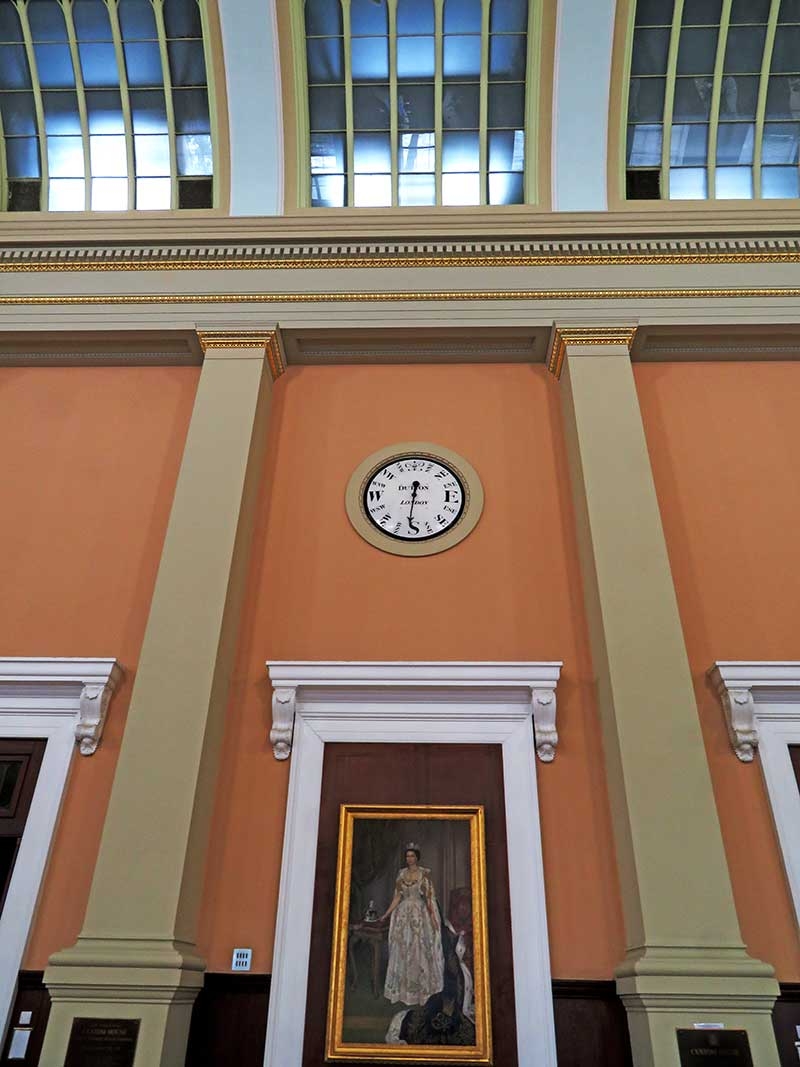 Then because I mega like really really old stuff, I went across the road where there were actual, real life, extremely ancient remains of some Roman baths.

Did you know London had Roman baths?

But mate, I shit you not. Underneath the city in what is otherwise pretty much a car park, let’s be honest, there they are. Roman Baths: 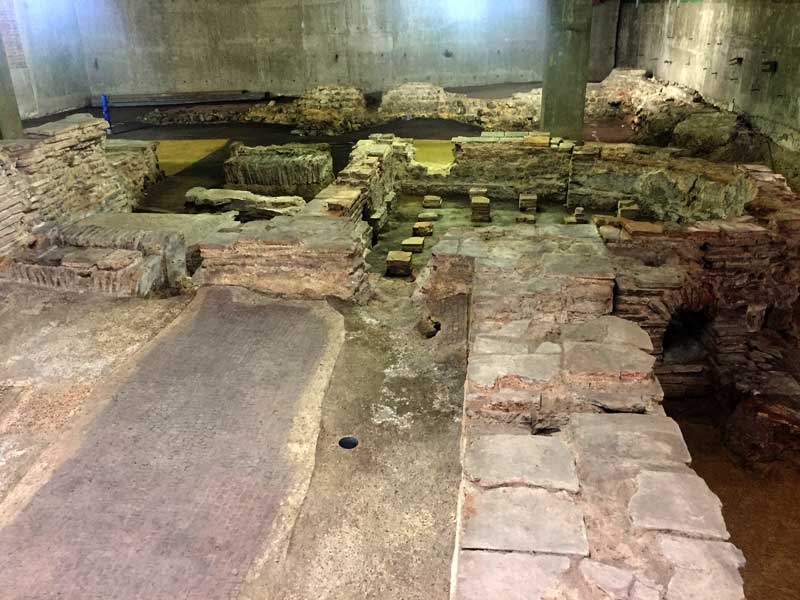 Next stop was another one of the livery halls.

This time, Apothecaries Hall. Where the outside had just been re-painted in an excellent shade of cobalt blue. 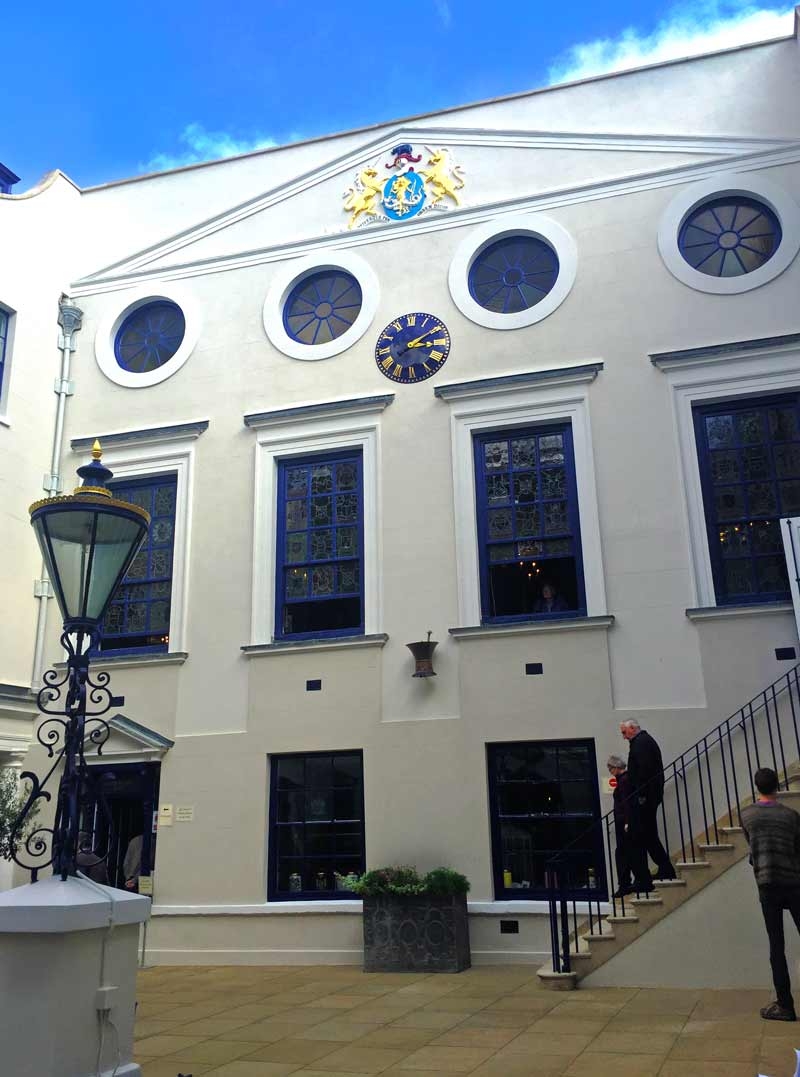 The inside wasn’t too shabby, either. 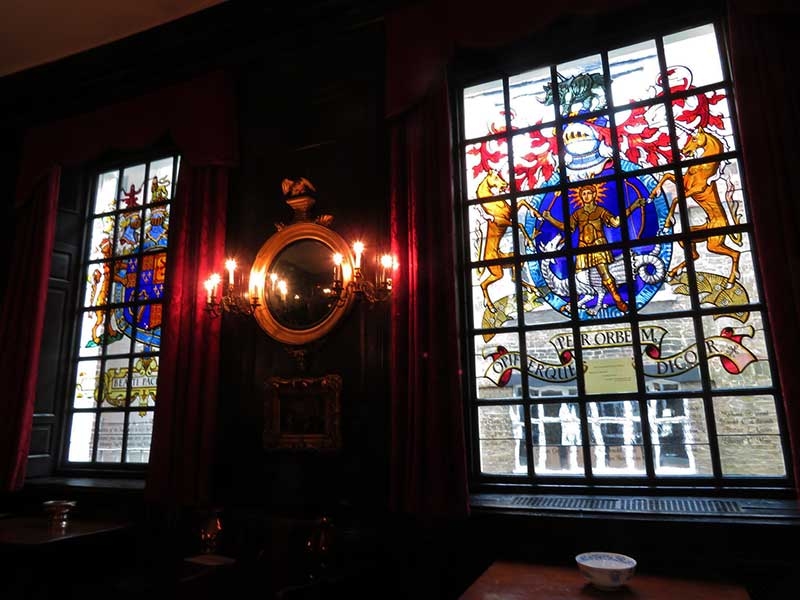 And if you were walking down Liverpool Street over the weekend and wondered what the massive queue outside the Andaz Hotel was all about, it was all in aid of this: 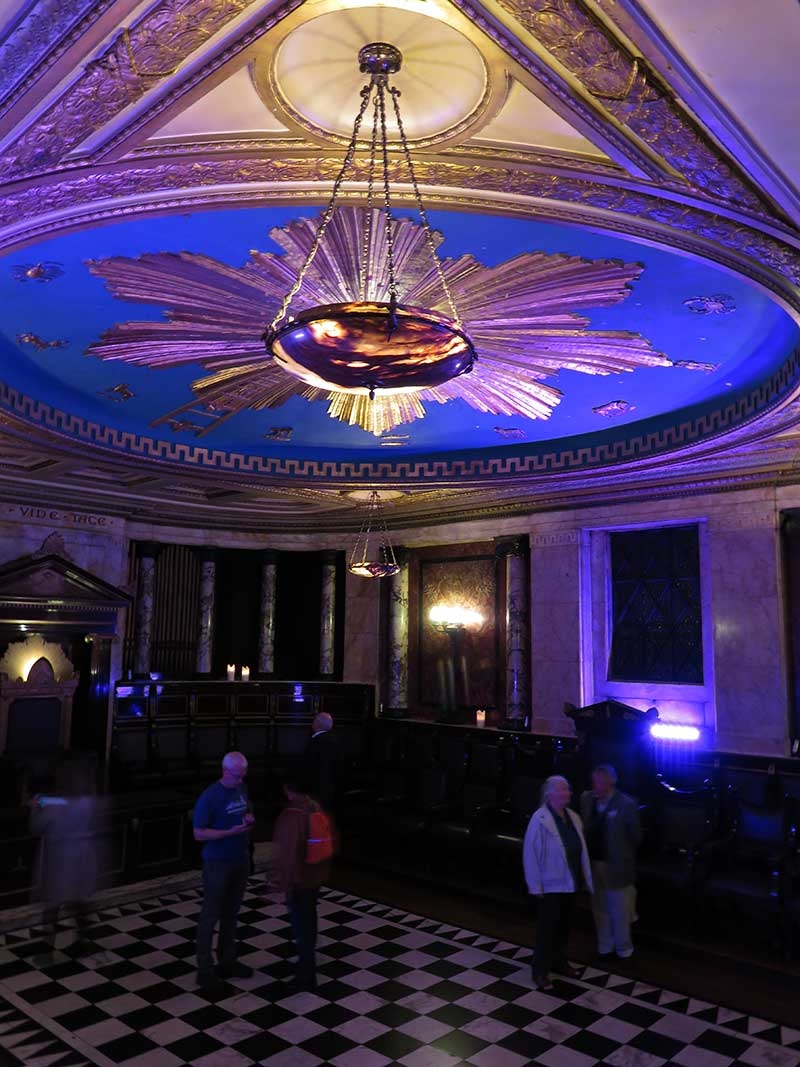 After that, it was about half past four and, bloody hell, my feet were starting to ache.

That’s the bit no one tells you about Open House: you end up walking for miles and standing a lot and eventually will zone in on anything remotely resembling a seat, even if that seat is a ceremonial chair in a Masonic Temple.

But by this point in the day, instead of feeling well tired, I’d really got into it.

Aside from being able to get inside so many extremely good buildings, it felt like a good excuse to just roam the City taking photos. 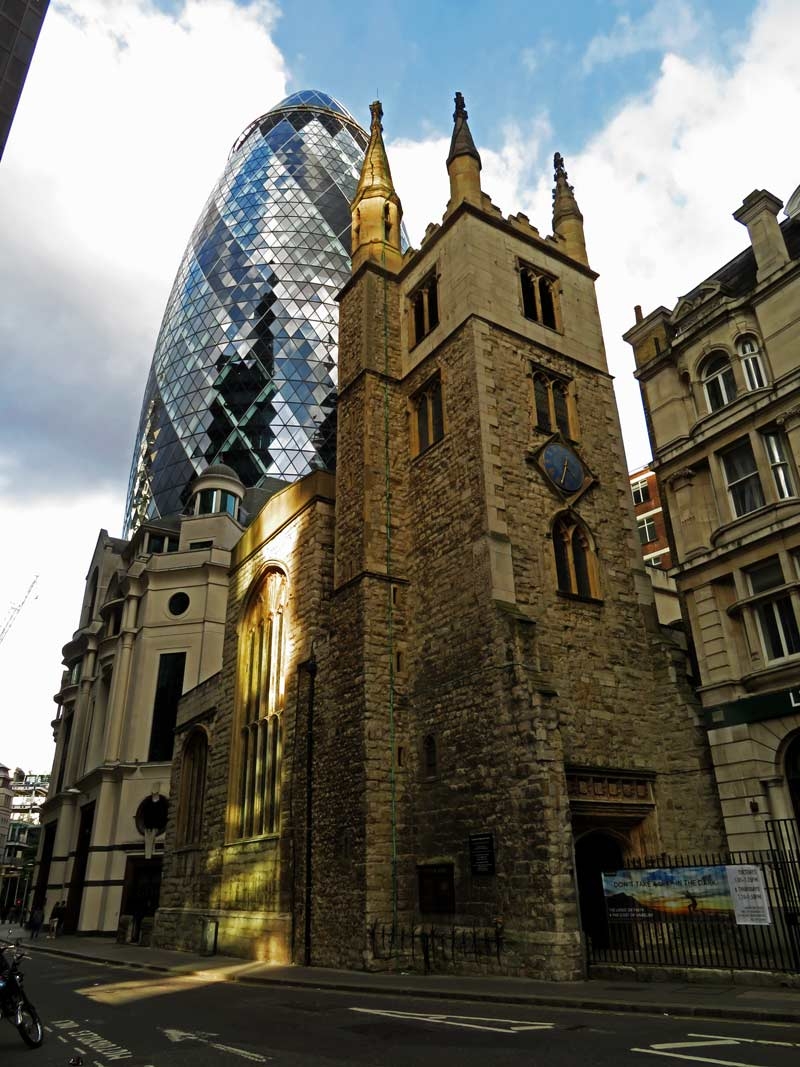 So, here’s a truth bomb.

I usually feel pretty self conscious taking photos in public. Which is weird because these days photos and blogging are pretty much part of the same deal.

The fact is I’ll often see things I want to take photos of around London, but for whatever reason – either there’s too many people around, or I feel awkward standing there trying to get the right settings, or I just feel embarrassed about getting my camera out in front of people – I’ll let the moment slide by.

But not today, bitches. 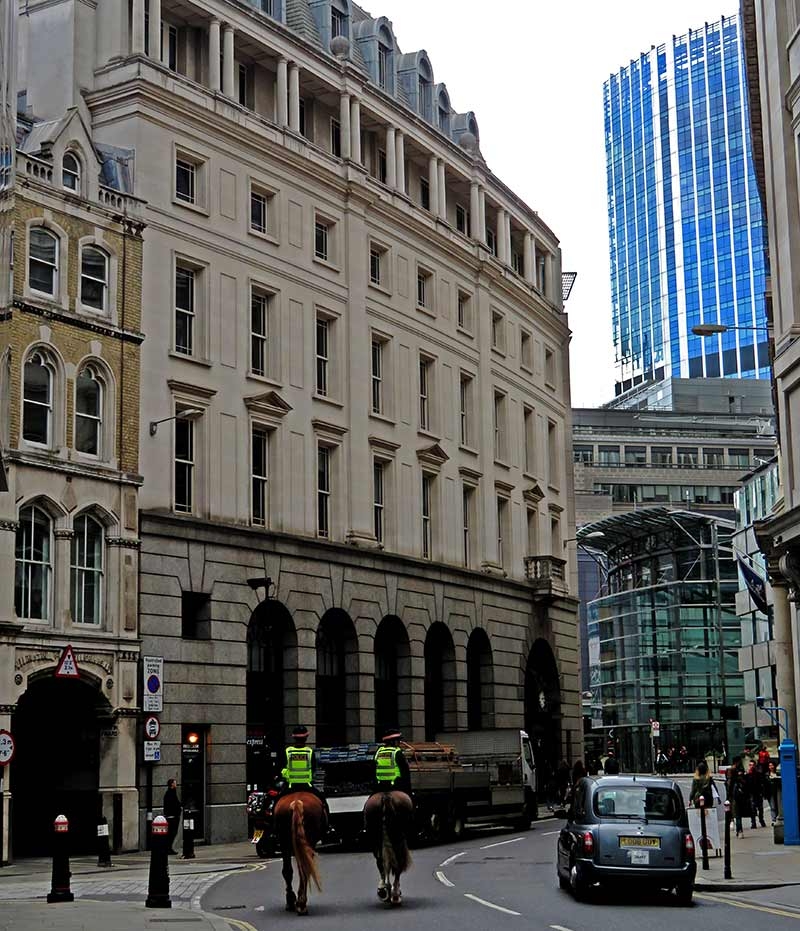 I think it was partly because everyone else at Open House was doing it – Gorillapods ‘n’ all – and taking their time, and 90% of people who were around had cameras slung round their necks.

Whatever it was, there were a few occasions where I just stood on the street snapping away without really caring who was watching.

Two men on a bench were having a good old stare when I was taking this one, which normally would have made me rush it and shuffle on. But on Sunday, I gave them a little wave instead. 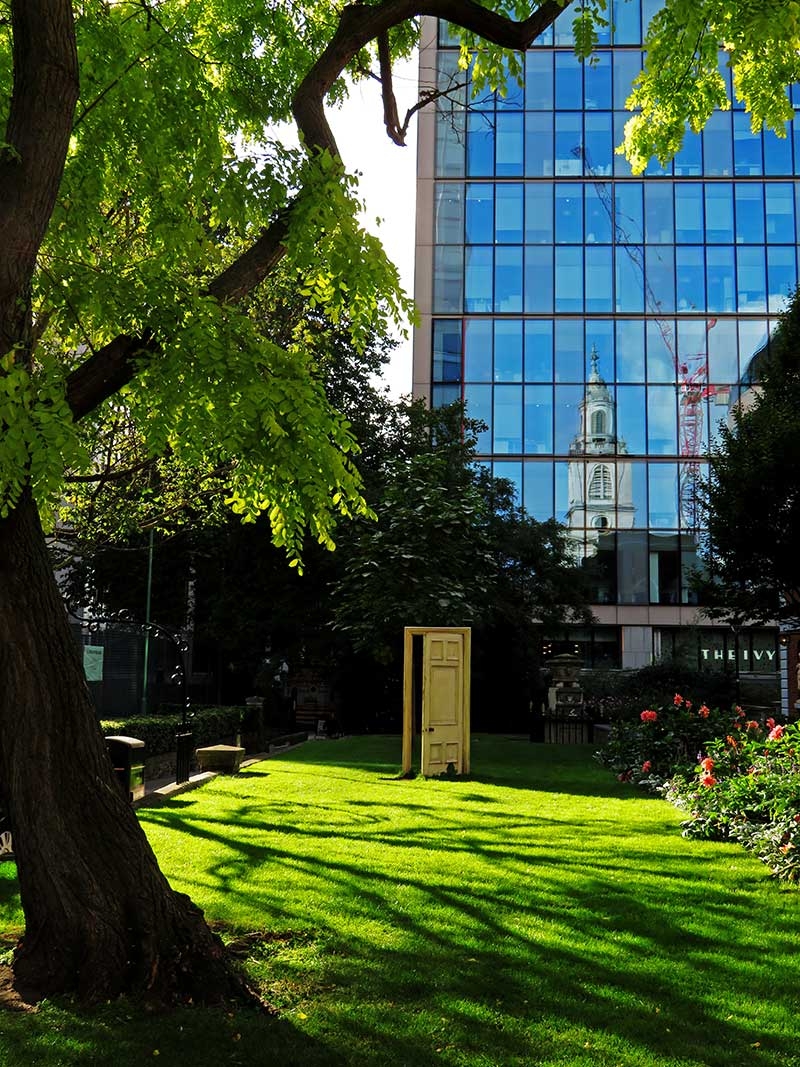 And alright, it was also easier because the Square Mile’s verrrrry quiet at the weekend.

It was nearing 5pm when I found Leadenhall Market pretty much empty, so I stuck around to make the most of that. 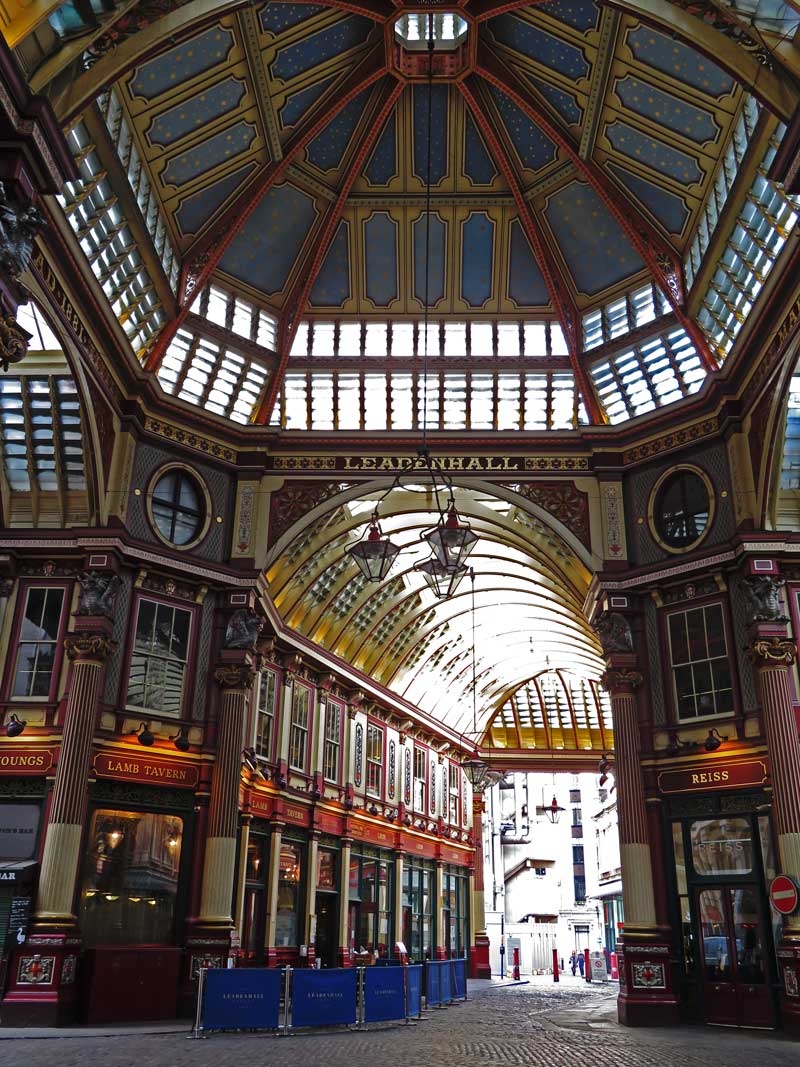 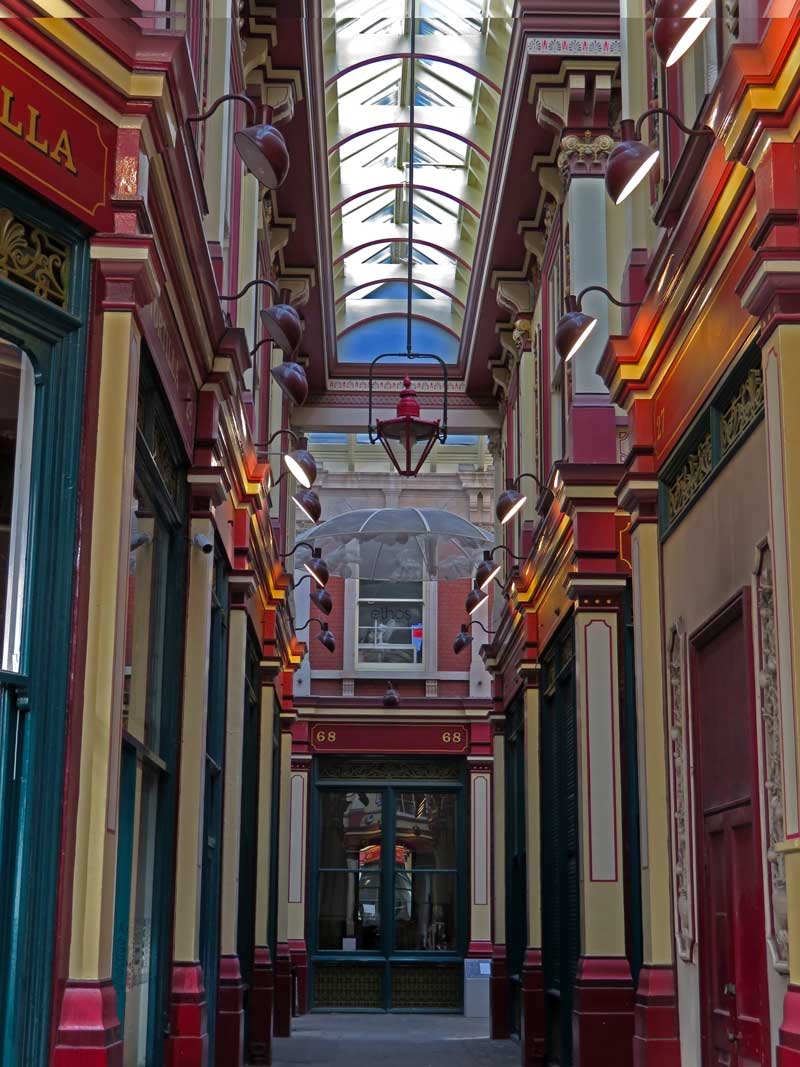 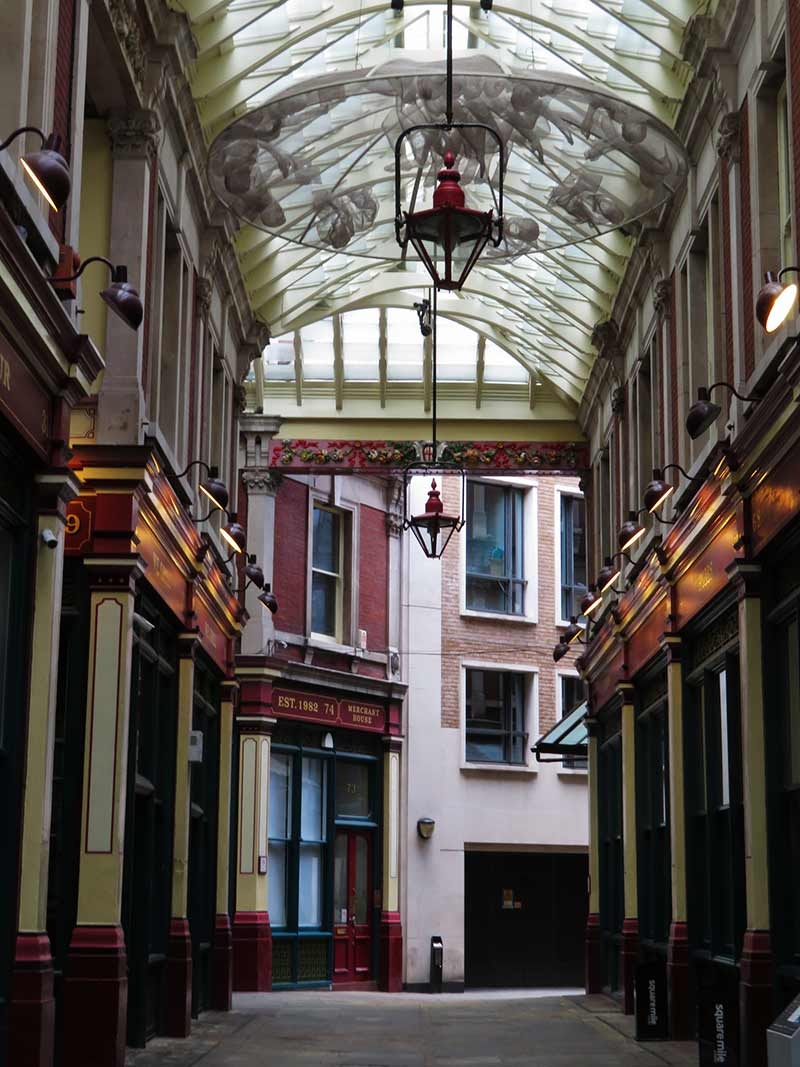 Then I wound my way back to Liverpool Street station past all the high rise offices and glassy Shard wannabes, via that weird building with all its pipes on the outside. 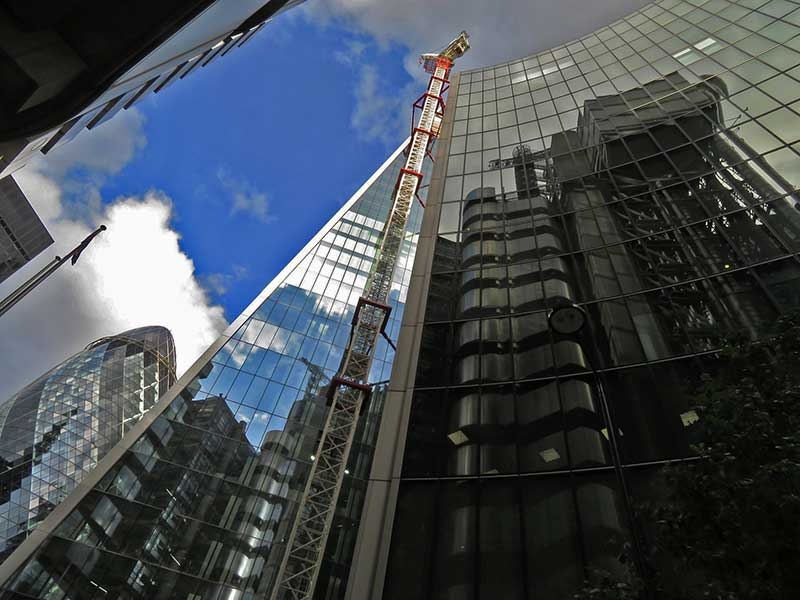 The Open House closing party didn’t start til 6pm, but by 5 o’clock I was pretty knackered. My first Open House had done me in.

So in another world first, I actually passed on the offer of free booze and went home.

I’ll go next year though. Promise.