Earlier this year, I applied to be a volunteer for World Book Night.

World Book Night first came to my attention last year when someone in our office was giving out free copies of Ishiguru’s The Remains of the Day and I broke land speed records (and probably her hand) taking one off her to see what it was all about.

Because if you haven’t clocked it already, where freebies are concerned, my motto is “grab now; shoehorn into a blog post later“.

It’s fair to say I’m not the target recipient of a World Book Night book because I basically eat words for breakfast; stuffing them all into my face like a literary Cookie Monster.

(Bookie Monster? No. Moving on)

But happily, that fact also makes me the ideal volunteer: and so it was that I became one of the 20,000 chosen to pick a book from the list and distribute 20 copies to people who wouldn’t normally read on 23rd April this year.

The book I chose was Damage by Josephine Hart, partly the description intrigued me, but mainly because I had never read it before.

In hindsight, this turned out to be a good thing, as I later found out that books largely centred around sex, incest, inappropriate relationships and mild sadomasochism rarely say as much on the descriptive blurb.

And it’s for that reason I am currently hoping my boss’ wife, mother’s friend and the man who sells the Big Issue on the Strand all have an open mind when it comes to literature. 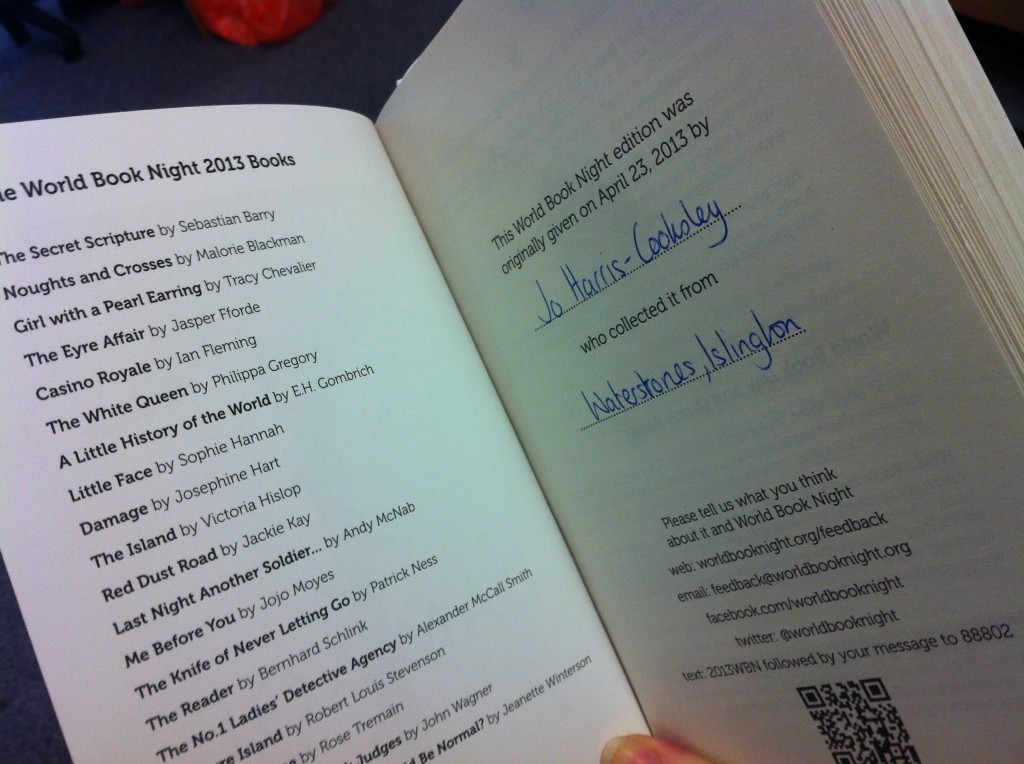 So, how do you go about giving free books to random people?

Well, at times I wondered whether approaching people might be seen as patronising – after all, how do you tell someone who doesn’t read, from one who does? What if they don’t want your bloody book?

It’s fair to say I wasn’t expecting to feel nervous about being a book giver when I signed up, but then gradually on the morning of the 23rd, it dawned on me that this is London.

London, where people don’t stop for anything or anyone, except to throw the occasional punch.

I jest, of course (I haven’t punched anyone in weeks), but the fact remains: my main goal was to aim my bookish sights at easy targets, i.e. those already standing still.

Which is partly why the Big Issue man outside Somerset House got one: he’s smiley, always there rain or shine, and, well, he can’t run away because that’s his spot.

He accepted my garbled offer of a book with a grin and polite “Thank you” (although it did occur to me that he’d probably just much rather I’d bought a Big Issue – maybe one day I will, then I’ll ask him).

The receptionists at my work were also only too happy to accept, as were a few colleagues, including my boss – eek, see above – and a girl from the next office who I offered one to in the toilets in a triumph against awkward small talk by the sink.

A lady at my pilates class refused one as she’s “picky about what she reads” (not into novels featuring darkly questionable couplings, clearly) but others gratefully took the new addition to their shelves, and soon I was left with only one or two going spare.

And naturally, that meant leaving one on the 243 bus at 10pm with a drunken note explaining what to do with it. Basically: take it. It’s free. Read. Enjoy. In short, no one’s going to lynch you for picking this up. 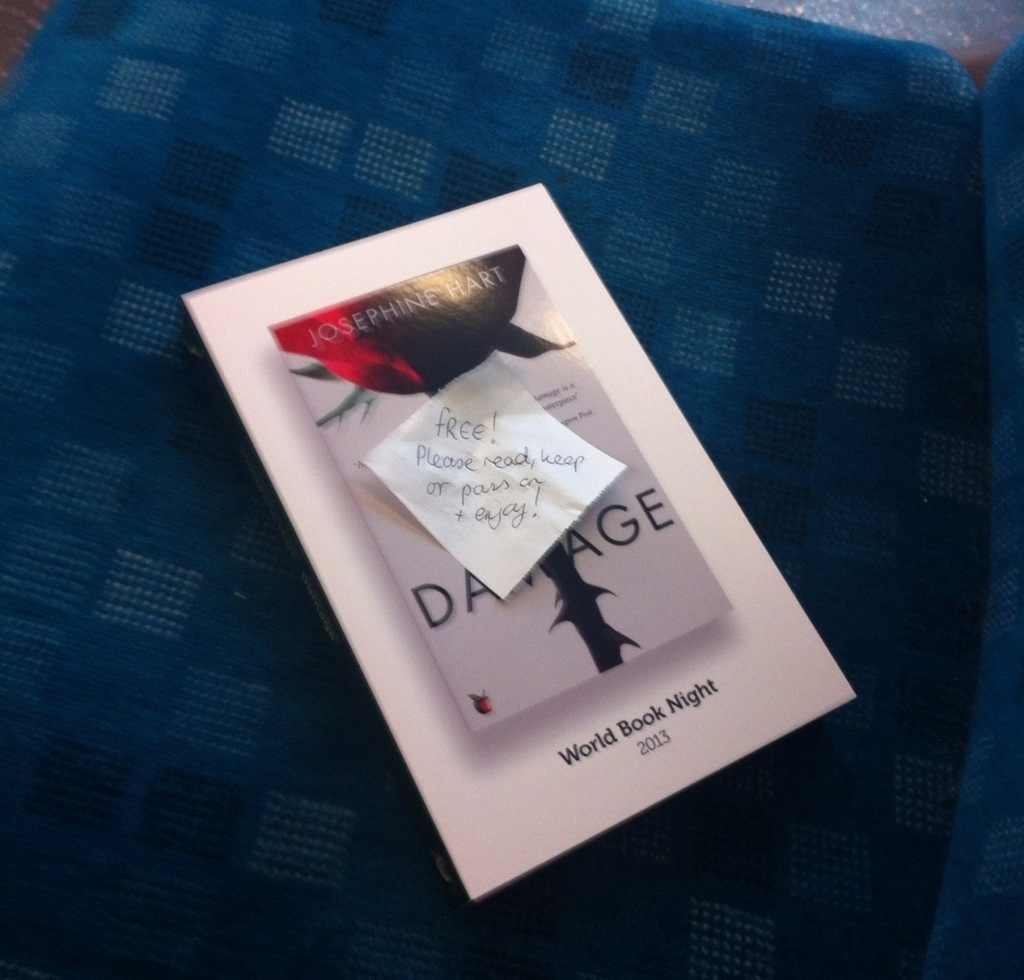 That was last week, and now World Book Night 2013 is finished and I’ve now read my copy (and yes, it is an excellent book, and a quick read to boot), meaning there’s now one going spare.

So do you know someone who’d like a free book? Would you like a free book that may involve some scenes of a graphic nature? Have you seen someone lately who’s made you think “Blimey, what you need is a BOOK about a dark, passionate, wildly inappropriate love affair”?

If so, leave a comment below and tell me why if you’d like it, or who you want to give it to, and it shall be yours.