A wise person once said,

If you have to sign a waiver form before eating in a restaurant, you should probably just go to Pizza Express instead.

But then Pizza Express put a flyer on our table last week asking people to Instagram their meals while they ate, which is the sort of thing that makes me want to die anyway.

So last night I went to Cafe de Mort, picked up a pen and did this.

Wise people and me, we’ve never really got along that well.

Cafe de Mort is a two day, pop-up restaurant held at the Crypt at St Andrew, which is across the road from the home of ping pong in Holborn.

Much like Ping Pong, death was a distinct possibility – albeit not at the hands of me wielding a table tennis bat – but unlike Ping Pong, this event was completely free and all in aid of Remember a Charity – an organisation that’s on a mission to get people to include good causes in their wills.

Having acquired a Death Wingman earlier that afternoon on Twitter, myself and Holly walked through the candlelit arches to join a load of other people who clearly needed to be eradicated from the planet toute suite; including but not limited to Christopher Biggins, whose career suicide mission to the “I’m a Celebrity” jungle had evidently been unsuccessful, a couple of the (not-as-hot-as-the-other) girls from Made in Chelsea and Donna Air…from, err, the 90s.

Gregg Wallace off Masterchef was also there hosting, and we were relieved to see a man from St John’s Ambulance standing by – you know, just in case.

Ah, and then there was the food. 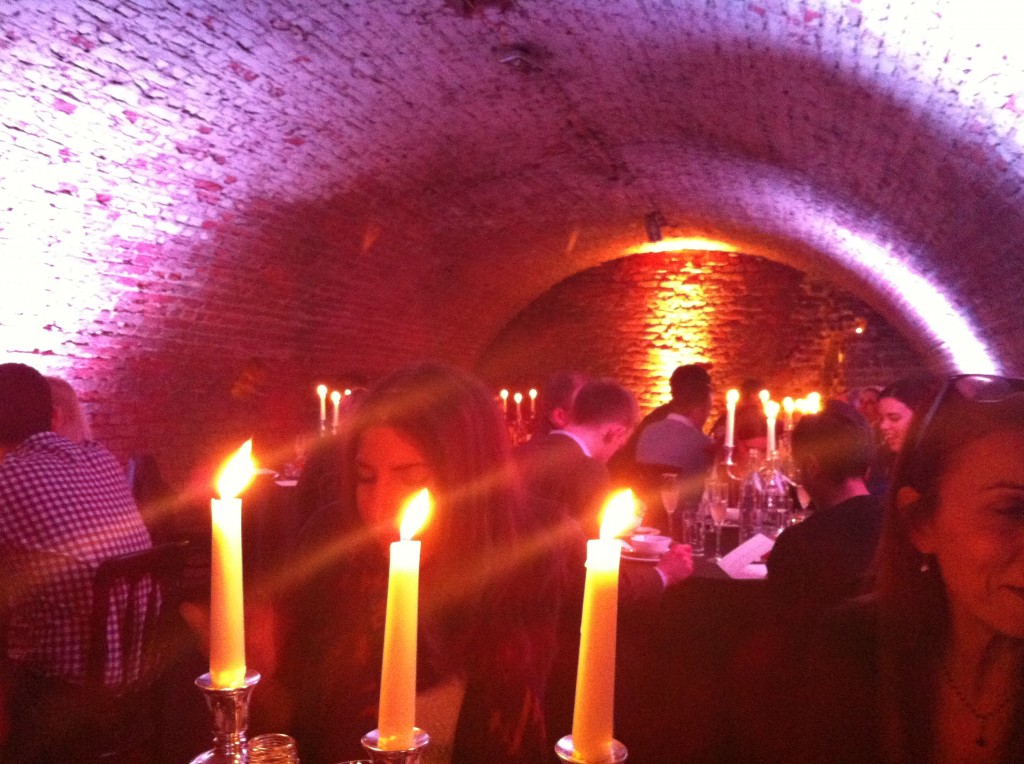 We were served five courses and accompanying cocktails all containing poisons and toxins that could potentially kill you if you complained too loudly in front of the chef, starting with Fugu (ref: the Simpsons), middling with False Morels and concluding with a healthy shot of 84.5% ABV rum. The compounds of choice included Cyanide, moonshine, Ghost Chilli, Tetrodoxin, Alfatoxin, Theobromine, and… are you dizzy yet?

I confess, after the first course – I was a little bit.

It wasn’t so much the food that got me, or the blissfully strong Bloody Hell Mary, as the paranoia. Suddenly, we became hyper-aware of the slightest belly tingle mid-scoff, the sudden onset of a cough, even waking up this morning with a slight twinge in my lower back is giving me a healthy dose of Puffa Fish Hypochondria in the cold light of day.

I think I might make that will after all.

The good news, kindly blog readers, is that I did wake up this morning. But the bad news is that means the members of the Made in Chelsea cast did too.

I suppose you can’t have everything.