Last Sunday I went to Hampstead Heath for a walk.

Despite what a lot of people will have you believe, there’s actually no point in going to Hampstead Heath unless you mega like dogs.

Either that or you should probably own a dog, or want to talk to dog owners about their dogs, or want your dog to meet someone else’s dog so you can say how alike they look then watch them cavort and tumble and nod with feeling when one of them leaps into a pile of fox poo, which’ll definitely happen because they’re dogs and that’s the canine equivalent of going to Alton Towers.

You could theoretically go to Hampstead Heath without wanting to do any of those things.

But why would you want to?

As the non-dog owning folk who once attempted to eat a hearty picnic spread in front of my Labradors once discovered (while I half-heartedly yelled “Charlie, ELLIE, no, leave it, oh…bugger. SORRRRRYYYYY” across the field)… it’s just not worth it.

I know what you’re thinking.

Even if you didn’t like dogs, you could still go for the views, yeah? Eat some cake at Kenwood House? Do a nice walk? Parliament Hill?

What’s that, kites? You’ve got a new kite? Want to feel like you’re in the countryside, in London?

Let me make this clear. 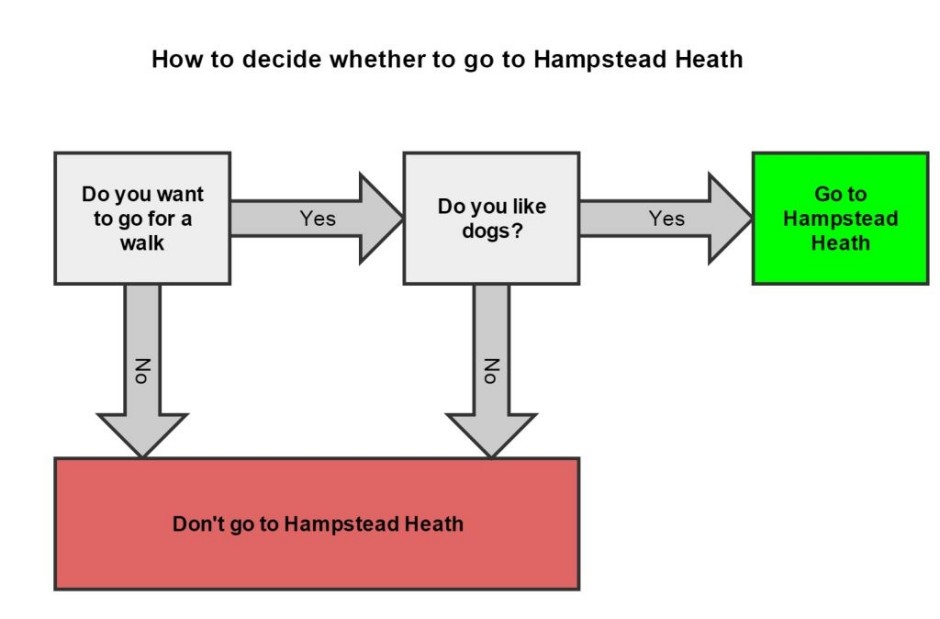 I’m warning you. There’s no escaping them.

The hound-shaped influx starts before you even get there, especially if you go to Hampstead by Overground or Tube.

Either way, you’re pretty much guaranteed to see some sort of wolf derivative, or at the very least a chihuahua that looks suspiciously like its owners somewhere along the way.

This time on the Northern Line, I encountered a tiny small little bear.

And by encountered, I mean located and zoned in on the empty seat beside her like a ravenous hawk, because there is nothing better than sitting next to a dog on the tube. 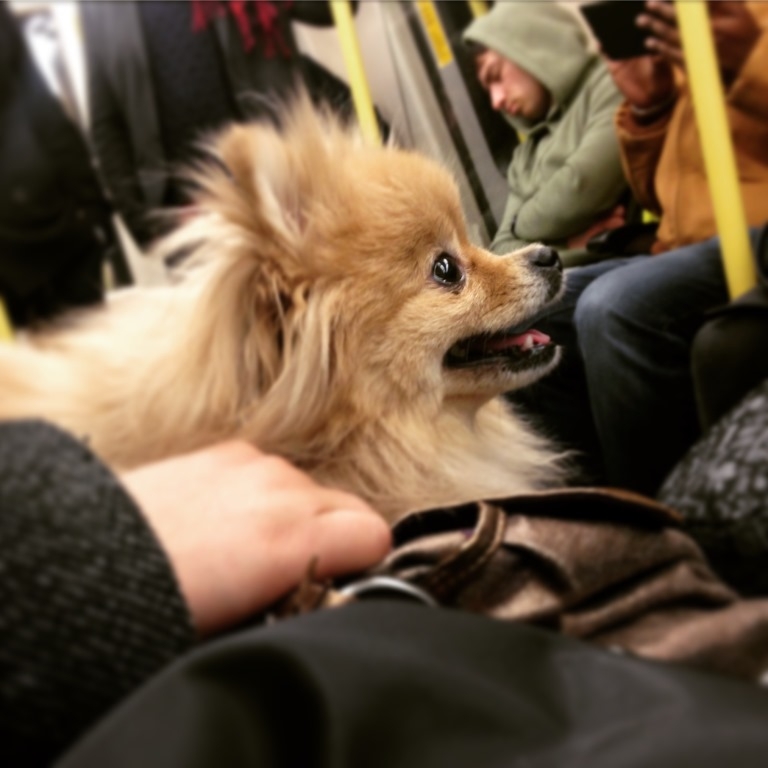 But that’s just the warm up.

As soon as you leave the tube station at Hampstead, they’re everywhere.

Seriously, you can’t move for dogs in this part of London.

I think this is because everyone has enough money to buy big houses – proper ones with stairs (stairs!) and stuff – and therefore can easily accommodate Proper Sized Dogs into their life plan.

You don’t really get that in Dalston, where life plans generally stop at “should I eat eggs for breakfast today”. 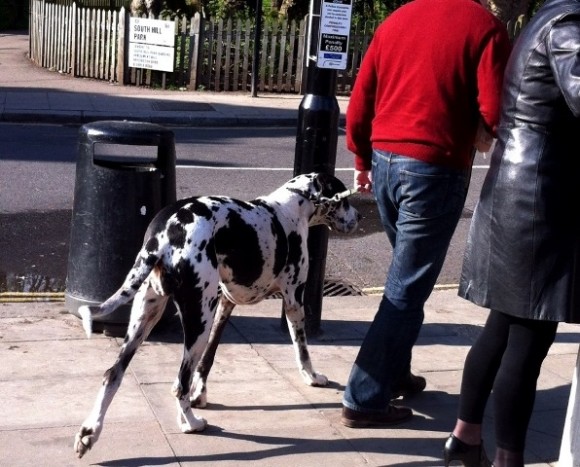 It’s also a good place to go on Sunday if you have a hangover.

All the animals running around will appease the anxious, vulnerable, life-questioning feeling of dread you’re currently experiencing, but if that doesn’t work then the Heath is also conveniently surrounded by loads of really, really good pubs.

Most of those have loads of dogs in too.

Some pubs quite frankly go above and beyond the call of duty, like the Spaniard’s Inn.

This pub is pretty well known for loads of reasons, Dickens and Keats and stuff, but its most notable feature is allowing your dog to have a shower before dinner.

Anyway this time we went to the Flask in Hampstead, and took Buster with us.

Case in point: this was his face when we told him that we’d managed to book a table in the one bit of the pub where dogs weren’t allowed, which meant he would have to sit on one side of the threshold (dark wood), while we consumed vast quantities of red wine and beef on the other (light wood).

In case you can’t read dog expressions, this one is “sod that.” 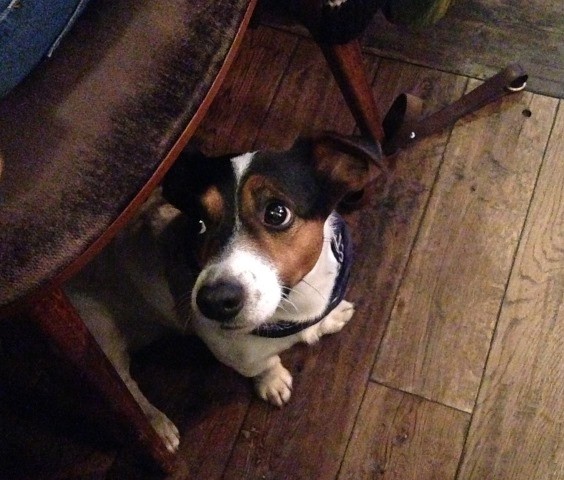 All in all, going to Hampstead Heath on a Sunday is an excellent idea.

If you don’t, then honestly. It’s Sunday. What are you thinking? Just stay in bed.