Most people in London have a “to do” list thing on their phone.

This is generally a sprawling iPhone note filled with highly recommended places and events that they absolutely plan to do when they get paid / a day off / a boyfriend.

Generally, these recommendations come from either

2) Drunk conversations in the pub

3) Productive People, for whom weekends spent lying in a darkened room battling the Hangover of Death and napping intermittently between episodes of Girls until it’s dark, and therefore time to go out again, are a long distant memory.

On my list there are things like go up the Shard (whey! Sorry, in-joke with the rest of London), eat at Duck and Waffle circa 3am, and also

See the monkeys at London Zoo.

I’d been once before in the summer for Zoo Lates, which, like most people, I envisaged to be a novel, slightly boozy way to visit my top 5 favourite animals.

But in reality, by the time we’d drunk all the ciders, left the pub and walked up there, the animals had gone to bed and no amount of tapping, shouting and bounding around in front of the glass would wake them up.

(And trust me, did we try to wake those lazy little bastards up.)

So essentially, we paid £25 to go to London Zoo and drink a load of Pimms.

As anyone who has ever been to Oceana Nightclub (née Destiny) in Watford can attest, there are worse places to spend £25 and drink Pimms – but I came away thinking that if a captive gorilla can’t even be arsed to stay awake for your party, you’re probably better off just going to the pub.

But this time, I knew it would be different.

This is because my ex-colleagues adopted me a monkey called Rolo as a leaving present from my last job. Not only did this give me

b) a certificate and

…it also gave me a free zoo ticket to go and see him.

So with the sun shining and an entire Tuesday at my disposal, I got the bus to Regent’s Park and went to see my very own adoptive monkey.

This is what I learnt.

1) Regent’s Park is the most Virgo-friendly place in the whole, entire world.

Us September-born kids have been banging on about it for years, but Regent’s Park has this neat, symmetrical, all trees were made on-equals-sides-of-the-path-thing down. Just look at the SYMMETRY. It’s BEAUTIFUL. 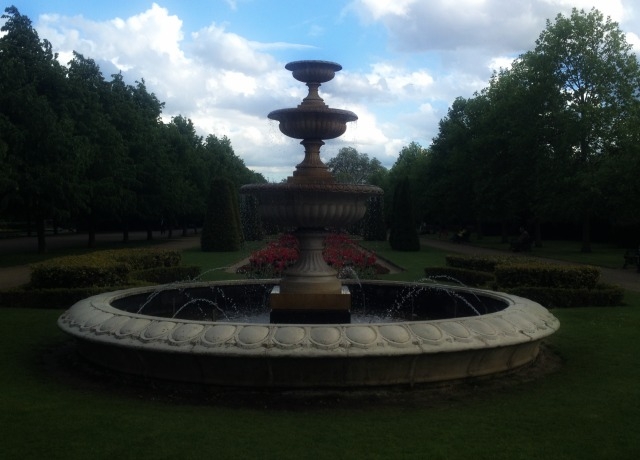 Anyway. Back to the zoo.

2. To avoid kicking children out of the way, visit after 2pm.

It goes without saying that you should probably leave the zoo the hell alone at the weekend unless you’re mental, a parent with no other choice or a tourist. But my zoo insider* told me that the school trips usually visit in the morning, leaving the zoo basically empty after about 2pm on a weekday. This means that if gorillas liked eye contact, you could get close enough to initiate a staring competition. But they don’t like it, they hate it and think staring is rude. So good luck with that.

This is because in Africa they spend so much time with it hanging out of their mouth while they stuff their faces with food that it’d get sunburnt if it was pink. How do I know that? I learnt it. At the Giraffe Feeding Time Talk. Because when it’s not busy you can actually go to the talks, see what’s happening and not have to yell “OH MY GOD, BE QUIET, I’M TRYING TO LEARN ABOUT OWLS.” 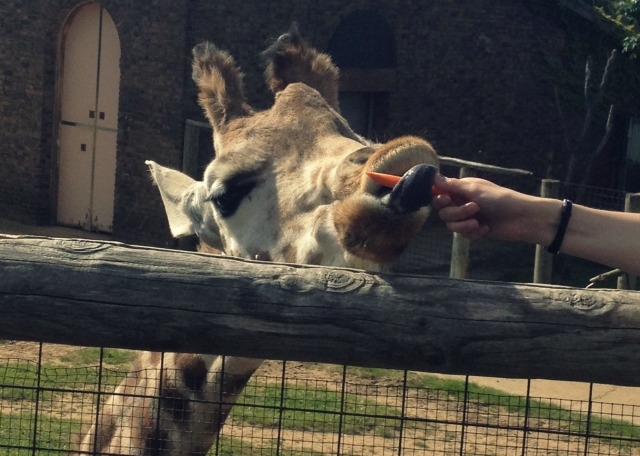 4. Stealing a monkey is very difficult, even if it’s rightfully yours.

Eventually I found the Meet the Monkeys enclosure. This is the best bit because the monkeys are just there, hopping around you, . This is where Rolo lives. The ZSL staff member saw me  standing near the bushes and was kind enough to point out Rolo when he came near. You could spot him because he was the one with half a tail, which meant his balance is a little off and therefore, didn’t have the finesse one might expect a monkey to possess when moving across a rope. 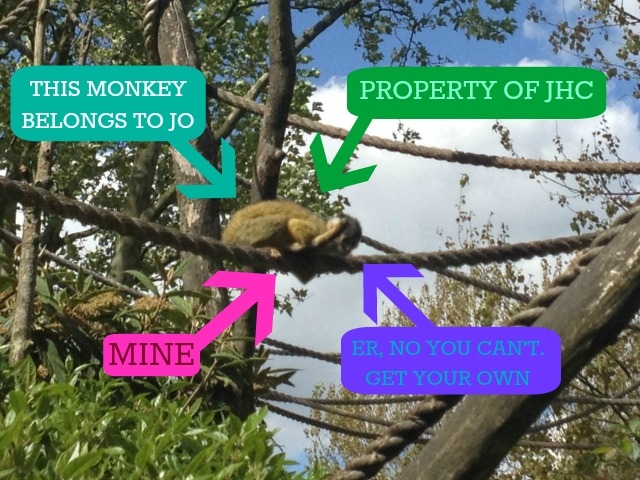 5. Meerkats have let fame go to their heads.

Seriously: one was just lying there licking its own bum – because evidently Mr Meerkat don’t need to play to a crowd no mo’ now Mr Meerkat on telly – and the other one was all draw me like one of your French girls.

LOLZ! Not really. Look at this guy! Penguins are off the SCALE. Best things ever, hands down. 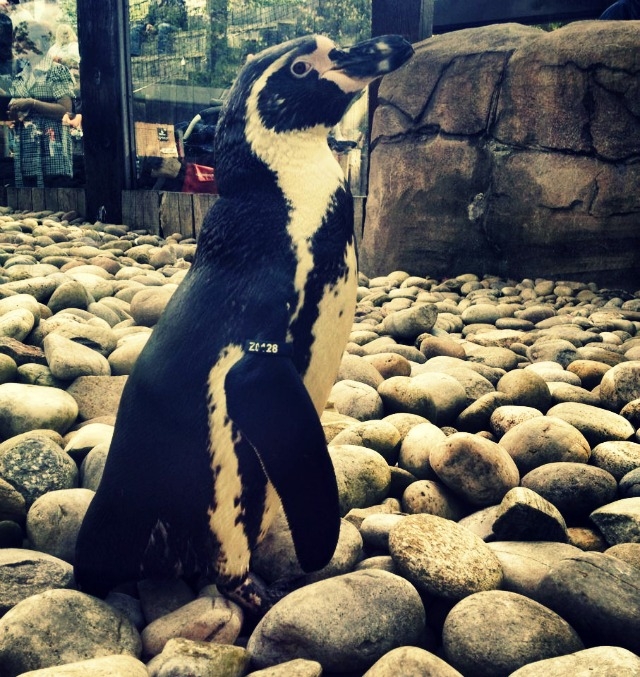 7. Some animals don’t get the same attention as the others.

I don’t think many people take photos of these guys because they’re not the most aesthetically pleasing animals in the kingdom. And out of all the people who take photos, I bet none have ever put them on their blog.

So here you go, pig warthog things, I still love you, with your mucky pool and your furry noses. Even if no one else does. 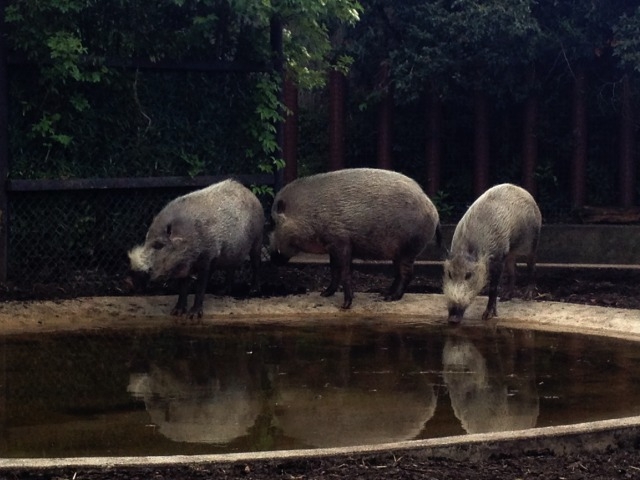 Likewise, everyone just sort of went “uh, llama.” and moved on. Not me. I stood and marvelled. 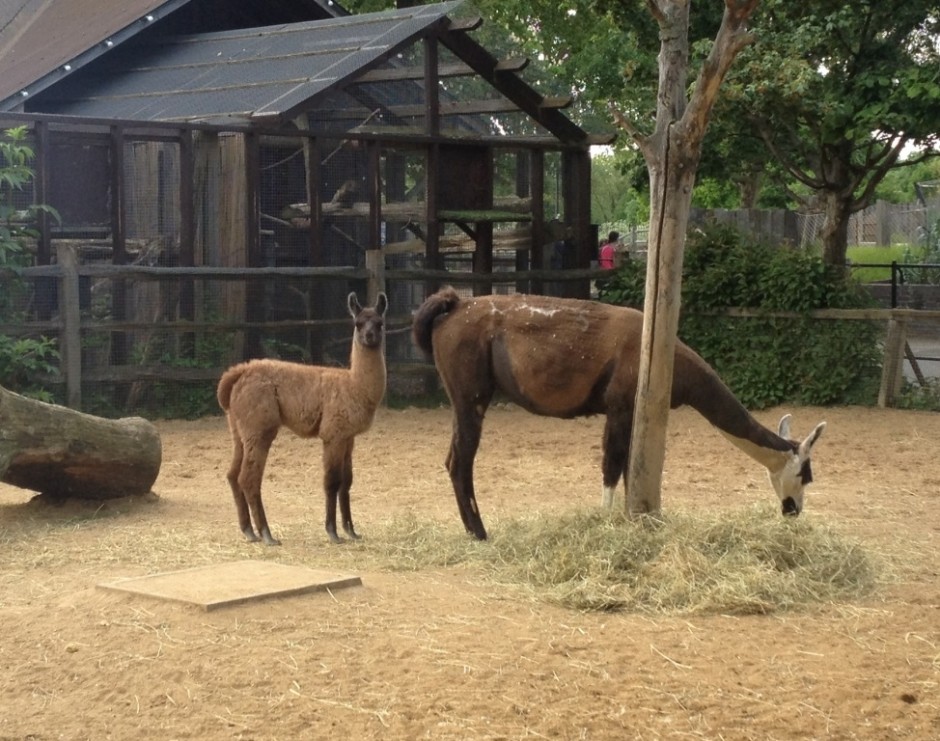 9. But mostly, I learnt that these birds are the best things ever. 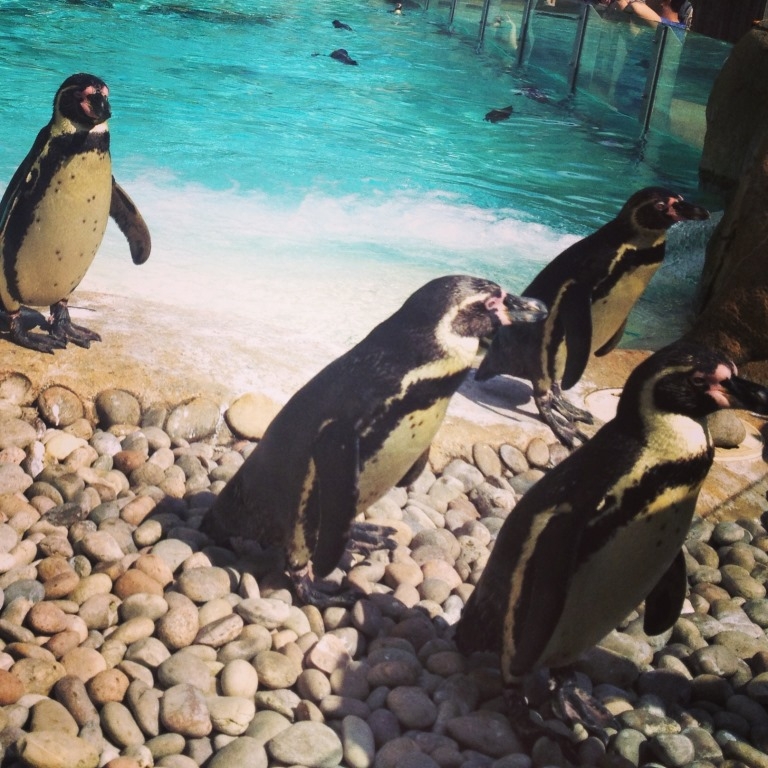 All too soon I was getting thrown out of London Zoo (because it was closing) and despite my best attempts, I did not come home with a monkey.

But I did leave armed with an array of exciting animal facts that I’ve been using to entertain people ever since, as well as a very, very, very tiny penguin.

Now, back to the list. Can someone adopt me lunch at the Shard?